Diageo is proposing to increase its stake in Chinese baijiu company, Sichuan Shuijingfang Company Limited (SJF) to 70% through a partial-tender offer. 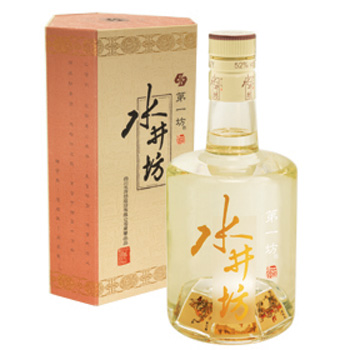 The global drinks giant, which already owns 60% of the baijiu company, is proposing to up its stake by 10% at an offer of RMB 45 per share, although a statement said the proposal was still “under discussion”.

The proposal would be made through Diageo’s indirect, wholly-owned subsidiary, Grand Metropolitan International Holdings Limited.

In a statement on the Shanghai Stock Exchange, SJF said the proposal did not constitute the announcement of an offer and there was no obligation on Diageo or any of its subsidiary to make an offer and further developments would be communicated to shareholders “in due course”.

“Accordingly, shareholders in SJF have been advised that such proposal is still under discussion and there can be no certainty that any offer will be made. Shareholders have been further advised to be aware of investment risks in SJF shares,” it read.

Last June Diageo took a controlling stake in the baijiu company, after upping its stake from nearly 40% to 60%.

Since 2011 Diageo has had a controlling stake in the parent company, Sichan Chengdu Shuijingfang Group Company, which it bought outright in 2013, intending to build Shui Jing Fang into an internationally recognised brand by launching in the UK and Europe before the government crack-down on luxury gifting forced it to slash prices in the mid market.

However the local spirit has seen a resurgence in China in the past few years, having recovered from the extreme austerity measures introduced by the Chinese government in 2012. According to the figures from leading wine and spirits trade show Vinexpo and the IWSR, as reported by db’s sister publication, The Spirits Business, baijiu is expected to  grow 2.1% to 1.48bn nine-litre cases by 2021.