Leading UK pub and bar operator Mitchells & Butlers has seen a spat reignite in the boardroom, after a major fund manager slammed the group’s lack of independence and aired concerns over its governance. 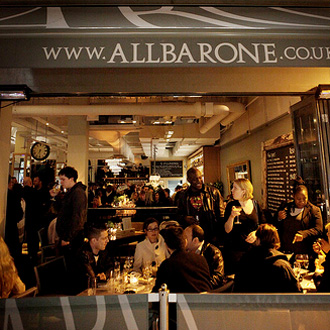 Fund manager Aberdeen Standard Investments (ASI), the company’s largest independent minority shareholder with a 8.7% stake in the business, issued an unusual statement yesterday calling for a more independent, balanced board for the pub group.

Mitchells and Butlers (M&B) operates around 1,800 outlets across the UK, with brands including All Bar One, Browns, Harvester, Toby Carvery, O’Neill’s, Miller & Carter, Premium Country Pubs,  and Vintage Inns.

Ahead of the group’s AGM, the fund manager publicly revealed it would vote against chairman Bob Ivell and the four board members who were nominated by M&B’s largest shareholders, Piedmont Inc, which controls around 27% and Elpida Group, which has a 23% stake in M&B.

Piedmont Inc is owned by millionaire currency trader Joe Lewis, while horse-racing magnates JP McManus and John Magnier are behind the Elphida Group, who, according to The Guardian, together own the celeb-favourite hotel One Sandy Lane in Barbados.

ASI’s investment director Deborah Gilshan said the company had “consistently” called for an improvement in the independence of the board of Mitchells & Butlers, calling a properly balanced board, with sufficient independence, “a cornerstone of good corporate governance”.

“In our view, board independence has deteriorated significantly, and demonstrably so,” she said, pointing out that the senior independent director left the board at the end of 2018 and has still not been replaced.

“Effective stewardship requires both an engaged board and engaged shareholders,” she continued, pointing out that an effective board chair and senior independent director could strengthen that independent dynamic.

“As shareholders, we have undertaken, and will continue to undertake, our stewardship duties responsibly. Today, we call on the Board of Mitchells & Butlers to urgently do the same. We are encouraged by the commitments made at the 2019 Annual General Meeting to begin to address some of our concerns and will continue to engage with the board on these matters.”

Aberdeen Standard Investments also called for greater diversity on the board, pointing out that there was still only one female non-executive director.

“The Chair of the Board is also Chair of the Nominations Committee and so responsibility lies with him on these vital areas of board effectiveness, succession and diversity,” she said.

Despite ASI’s concerns, chairman Bob Ivell and the four board members were re-elected.

It is not the first time the pub operator has seen a spectacular board-room bust up. Back in 2009 the Guardian reported the company had called in the takeover panel to investigate whether a number of major shareholders were working together to take control of the business without making a bid.

Earlier this month, the company reported strong sales over the festive period, with like-for-like sales growth over the three week festive period of 9.8% and total sales up 5.1% in the 14 weeks to 5 January 2019.