At auction, the most expensive Moutai can far exceed the value of rare whisky, but with forgeries aplenty, investing in the spirit is not for the faint-hearted. Natalie Wang investigates the market. 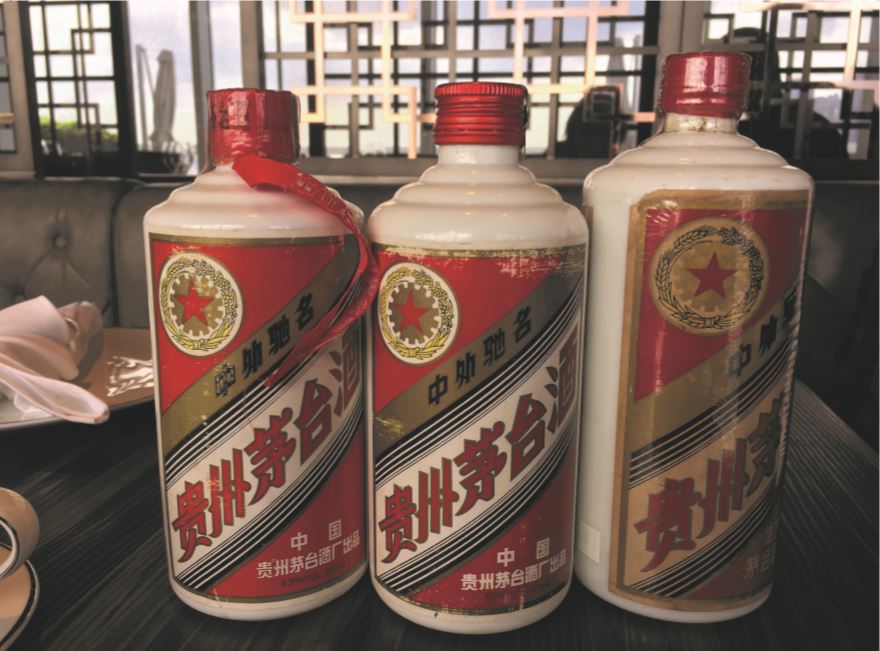 MOUTAI, THE sorghum-based Chinese liquor produced in the country’s southwestern Guizhou province, had rather humble beginnings. During 1935’s ‘Long March’, the high-proof spirit was used by the country’s revolutionaries to clean their wounds and calm their nerves.

More recently, at an auction in 2011, a bottle of Moutai from 1935 sold for more than RMB 10 million (HK$11.4m). To put that in context, the aged Moutai was more valuable than (what was then) the world’s most expensive whisky – The 1926 Macallan with Valerio Adami label – which was auctioned by Bonhams in May for HK$8.6m.

Moutai is a liquor-industry rag-to-riches story that has not been seen before. The cult-like popularity of the brand in China has rocketed the once-humble Kweichow Moutai distillery’s price – in shops and at auction – to make it the world’s most valuable liquor brand with US$151 billion market capitalisation (as of August) ahead of Diageo or luxury group LVMH. It is simply the most drunk liquor in the world, and the most collected liquor brand in China, ahead of blue-chip wines or aged single malt whiskies, to such an extent that Song Shuyu, secretary-general of China’s official alcohol trade organisation, China Alcoholic Drinks Association, predicted that the country’s spirits and wine investment market will reach as much as RMB 30bn in 2020, thanks to Moutai being the main driver.

A growing number of Chinese millionaires, baijiu connoisseurs and businessmen bank on Moutai’s strong returns – bolstered by the fact that the distillery came back with vengeance, despite the initial impacts of government austerity measures – as a way to park their assets. The return on their investment is turning out to be so lucrative that state broadcaster CCTV recently pondered if Moutai investment is more profitable than real estate.

Moutai a type of baijiu, which is to say a grain-based Chinese liquor. Moutai (or Maotai in Mandarin) is considered the best known and most premium baijiu brand. Only baijiu made in the town of Maotai inside Guizhou province by the Kweichow Moutai distillery can be called Moutai, similar to the geographical indication for Champagne. Fermented and distilled from sorghum-based mash, the base liquor is aged for at least three years in traditional Chinese clay urns before the final blending. According to the distillery, from production to release takes a minimum of five years. Prized for its ‘sauce aromas’, the fiery liquor has long been the tipple of choice at Chinese wedding banquets or business luncheons, the gift of choice for Chinese leaders to foreign dignitaries, and, increasingly, as an investment of choice among the wealthy due its strong returns. 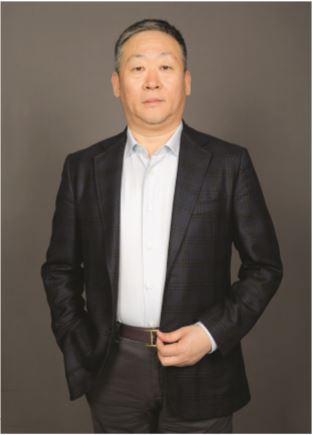 In 2018, Kweichow Moutai raised its recommended retail price for its flagship ‘Flying Fairy Moutai’ or ‘Feitian’ to RMB 1499 a bottle, up from RMB 969. The price did not deter Moutai drinkers and collectors; instead it sent them into a buying frenzy. Upon release, Moutai faced supply pressures as distributors nationwide made frantic pilgrimages to Guizhou to secure bottles and cases in anticipation of price hikes. By the time the newly released Moutai had reached stores in Beijing, its retail price has been raised to at least RMB 2,000 a bottle, according to CCTV.

“For investment-class alcoholic beverages, the main part is still baijiu [in China]. Wine investment is tiny,” Song says about China’s alcohol investment market. “The growth of baijiu investment is extremely fast, and it creates a problem. There isn’t enough Moutai to go around, and investment worthy Moutai is even scarcer.” Song says vintage Moutai is the most sought-after category for baijiu collectors. “Newly released baijiu is not a hot item on the investment front; aged Moutai is. Aside from Moutai, other baijiu brands failed to show the same kind of investor enthusiasm and return that Moutai has commanded,” he says. “That being said, the quantity of aged Moutai is getting scarcer and scarcer.”

Ian Wo from Googut Wine & Spirits, China’s biggest online baijiu auction platform, agrees and believes that because of Moutai’s historic association with the communist revolutionary history, it has added value for collectors. “When you talk about baijiu investment, mainly it is from Moutai because Moutai is the national spirit of China. And also how it’s made, the history, the story… and because in 1952 the Chinese government merged three distilleries and created Moutai. Moutai’s development coincided with a time after the founding of the People’s Republic of China [in 1949], so for baijiu investment I would say 90% of people are paying attention to Moutai,” says Wo.

This is reflected in Googut’s auction results as well. Its online auction platform has sold an accumulative total of RMB 1bn worth of investment-class baijiu since its creation in 2010. In its first aged baijiu auction that year, a bottle of 1959 Moutai was sold for RMB 1.03m.

The core business of Googut’s auction sector focuses on Moutai produced in the 1990s and 1980s, the most collected items among baijiu lovers in China at the moment. “Our company’s core business is selling these Moutai released in the 1980s or 1990s,” Wo says. “Unlike other categories, Moutai still improves a lot in the bottle.” He argues that Moutai improves with cellaring, and ends up having more integrated aromas and flavours, and smoothness, compared with the throatburning spiciness of most newly released baijiu. Additionally, he notes that Moutai produced in the 1990s appeals to collectors who are now well off financially for sentimental reasons. “We have some clients buying them because when they were young they had no money, but now they are multi-millionaires they purchase them because it feels like they can buy something from the ‘90s that they couldn’t afford then,” he says.

Moutai produced from those two decades is also favoured by mainland auction houses such as Poly Auction and Googut for being relatively easier-to authenticate and storage reasons, which also explains the prevalence of these bottles in investment circles. From the 1930s to the 1980s, Moutai went through changes of capsules, closure methods, labelling and bottle sizes and seals, creating problems for authentication, and a headache for transportation because leaks were commonplace. The distillery did not start to use metal caps until 1986 when it adopted aluminium screwcaps, but collectors mistook it as iron, and mistakenly referred to them as ‘iron cap’ Moutai, which is still being used today, says Song. 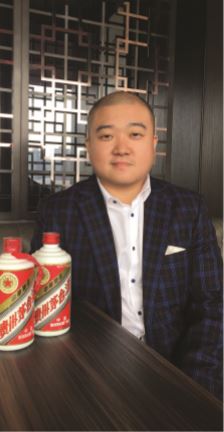 Admittedly, these ‘iron cap’ Moutai are far from the highest-value lots at auctions compared to rare bottles from the 1940s or 1950s. Prices at different Chinese auction houses vary, from RMB 20,000 to RMB 30,000 a bottle, depending on storage conditions, but they are without a doubt the most commonly seen vintage Moutai at Chinese baijiu auctions.

“Aged Moutai coming from the 1940s, 1950s are scarce. Pre-1950s Moutai is even rarer. Most of the collectors are buying Moutai produced after 1980, and even for these, volumes are very limited,” says Song.

He adds that specially bottled Moutai can also carry investment values. A bottle of Handi Moutai adorned with a gold case and engraved dragon was sold for RMB 8.9m in Moutai’s hometown Guizhou in 2011. Only 10 bottles of this release were produced in 1992. Other special bottlings such as those made for the Beijing Olympics, state dinners, and vintage Moutai with ‘red star’, ‘golden wheel’ and early ‘feitian’ labels also carry impressive investment value.

When it comes to authenticating aged baijiu and Moutai, there’s little reference or official system on investment-grade expressions. Counterfeit aged baijiu is a problem, admits Song, and despite his best effort to downplay the scale, “accounts for a large amount of the market. The investment market is very hot; there’s a lack of professional services. Consumers who are not familiar with aged baijiu are easy targets.” Asked if there’s a particular Moutai from a certain period or labelling that’s most faked, Song says: “It’s hard to say for sure. Overall, market demand is very high. It’s hard to say affirmatively which vintage is the most faked. But as long as it’s aged Moutai, there’s always feverish demand.” Chinese media reports of one-stop-shop fake-Moutai production lines in Guizhou are not uncommon, and counterfeiters have created different grades of fake Moutai at different price points based on how similar they are to the to the authentic bottles. But its scale is a sensitive subject that no official agencies in China have attempted to gauge.

A huge part of authenticating aged Moutai relies on the knowledge of dedicated collectors who exchange expertise and experiences in baijiu groups or forums, though Song says that the China Alcoholic Drinks Association has in the past formulated general guidelines on Moutai and other investment-grade Baijiu. The severity of counterfeit vintage Moutai is also deterring major international auction houses such as Sotheby’s or Bonham’s from dipping into the murky waters of the investment market, although on 21 September Christie’s will, for the first time, stage a Moutai auction in Shanghai, led by two bottles of vintage Moutai, one from 1957 and another 1958, each carrying a high estimate of RMB 300,000.

Outside of mainland China, Song believes Moutai investment demand is tepid, with only limited interest in Hong Kong and Macau. Sales of aged Moutai in Hong Kong are mainly generated by private sales to travelling businessmen from the mainland, says Googut’s Wo. Jun So, owner of a Hong Kong-based wine and spirits distributor, who has been dealing Moutai for more than 10 years, admits locals show no thirst for the liquor, and buyers of the spirit in Hong Kong are mainly mainland tourists.

In the on-trade, vintage Moutai usually costs five figures, and is rarely seen on Hong Kong restaurant’s drinks list except in private clubs such as the Hong Kong Jockey Club or upscale Chinese restaurants such as the eclectic China Tang and Sichuan restaurant Fu Rong.

With such fervent demand, some market observers warn that the bubble could soon burst. Song, however, disagrees: “I think the risk of the bubble bursting soon is low. The demand for proven collectibles is riding so high, and stock is falling. Consumer demand is bullish too,” he says.