Albert Frère, the co-owner of the famed St Emilion château Cheval Blanc and the richest man in Belgium, has died aged 92. 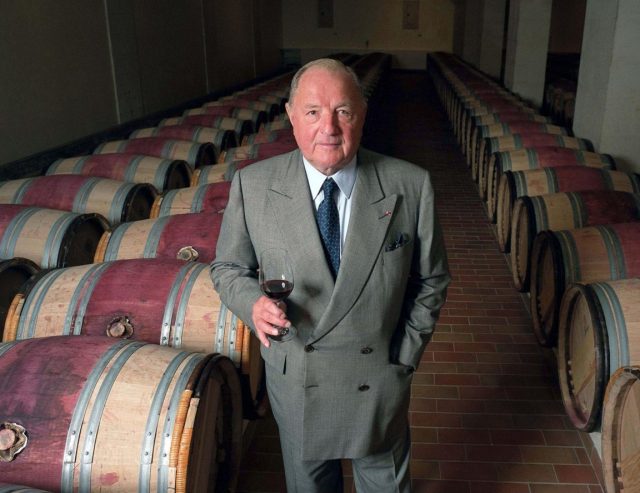 A Belgian billionaire who invested in the property with Louis Vuitton Moët Hennessy’s CEO, Bernard Arnault, in 1998, Frère’s death was announced yesterday (4 December).

A statement from his company, Groupe Bruxelles Lambert, said his, “professional and human qualities have deeply marked our group.”

A self-made man, he left school at 17 to run the small family business and then made clever investments in steel and finance.

By the end of the 1970s he controlled the Belgian steel industry at its base around the city of Charleroi and then sold it all to the state as he diversified into oil and telecommunications.

Through GBL he held stakes in Adidas and Pernod Ricard and as recently as May of this year held a 6.6% stake in Burberry which he sold for US$600 million. He was ennobled by King Albert II in 2002.

Last year his fortune was listed by Forbes as US$5.8 billion making him the richest man in Belgium. A friend of Arnault and a keen lover of wine and gastronomy (and golf), the pair bought Cheval Blanc in 1998 for a reported €150m and then Château Quinault in 2008.

Arnault said of his friend: “I am deeply saddened by the death of my friend Albert Frère. Albert was an extraordinary man and a truly exceptional entrepreneur.

“Throughout our thirty-five years of faithful friendship we forged extremely close ties, both personal and professional. Beyond his innate business sense, I will always remember Albert’s passionate love of life, his great skill in unifying people and his tremendous commitment to everything he undertook to accomplish. I was able to appreciate his extraordinary talents firsthand when we together became the felicitous owners of Château Cheval Blanc in 1998. I want to extend my heartfelt condolences to his wife Christine, and to his children and grandchildren.”