Penny Richards resigns from Institute of Masters of Wine

The executive director of the Institute of Masters of Wine (IMW), Penny Richards, has announced her resignation, and will leave the organisation at the end of the year. 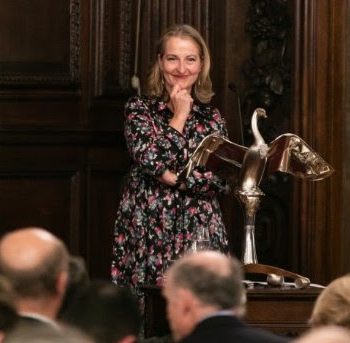 Richards joined the IMW in May 2013 after a long career as a journalist working in foreign news at the BBC. She was also the head of communications and advocacy for the Bill & Melinda Gates Foundation in India, and the COO for The Elders, a group of former world leaders working together for peace and human rights.

“On behalf of the IMW, I would like to thank Penny for her commitment, dedication and tireless efforts,” said Adrian Garforth MW, chairman of the IMW. “The IMW’s reputation and global interest in the study programme has never been higher. The foundations are now in place for the next exciting stage of its development. I personally wish her every success in her new role.”

Richards is leaving the IMW after more than five years to take up a new role as managing director of the Aspen Institute in the UK, a nonpartisan forum for values-based leadership and the exchange of ideas.

Richards added: “I have loved my time at the IMW, and will carry with me so many joyous memories of friendships made and wines shared. I will continue to marvel at how much each Master of Wine gives to their Institute and their community, and am glad to have been part of it at such a positive time in its history.”