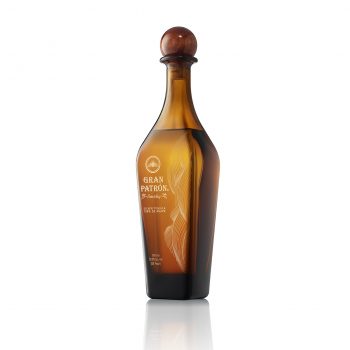 Patrón Tequila is pushing the boundaries again with the release of a smoky expression made from agave roasted with mesquite for a week in small stone pits. To create the Tequila’s smoky aroma and taste, the heart of the Weber Blue agave plant is roasted in underground stone pits at the Patrón Hacienda in the Jalisco Highlands. The cooked agave is then crushed with a volcanic stone tahona wheel before being placed in pinewood fermenters and distilled in copper pot stills. It boasts aromas of “artichoke, pepper, spices, and hints of sweet citrus”, and has notes of “smoked agave and citrus” on the palate with a “long peppery finish”. 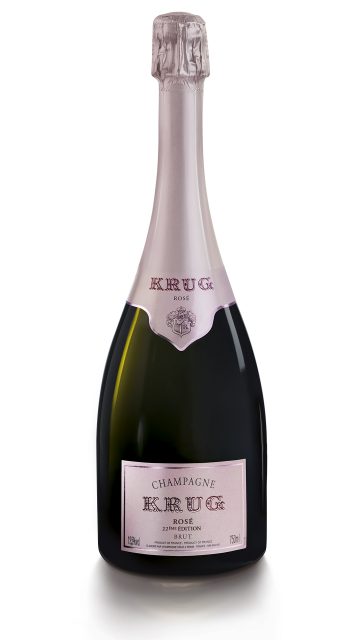 Champagne Krug has released the 22ème Édition of its rosé. The wine is based on the 2010 vintage, though it includes 22 wines from five years, the oldest being 2005. While cooler temperatures towards the end of the harvest caused some concern, it led to Pinot Meuniers of “beautiful freshness”, Chardonnays that were “more unctuous than usual” and Pinot Noirs with “fruit and finesse”. Cella rmaster Eric Lebel said: “I was looking for a flavourful, soft and generous base, but also a balanced ensemble, with the light tension of youth that dissipates with time.” 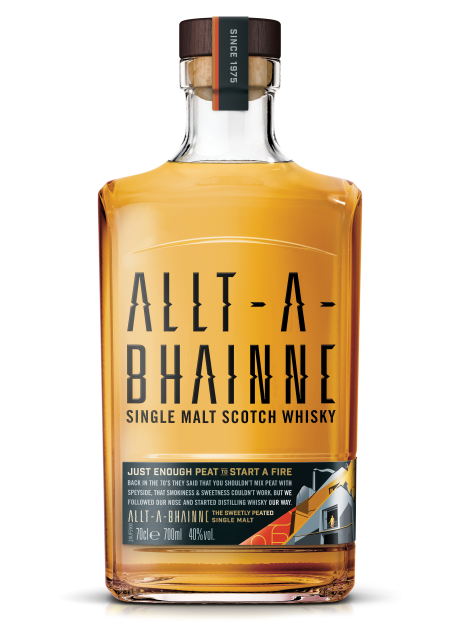 Pernod Ricard’s Scotch whisky arm, Chivas Brothers, has released a new single malt brand that aims to “shake up” the category, called Allt-A-Bhainne, which combines the “smokiness of peat with the fruity sweetness” of Speyside. The whisky aims to “push conventional boundaries to attract a new generation of drinkers”. Bottled at 40% ABV, the expression is described as having notes of soft red apples, sweet runny honey, delicate smoke and toffee, followed by a long, smoky, slightly dry and spicy finish. The Allt-A-Bhainne distillery is based in Speyside, and began distilling whisky in 1975.

It’s made predominantly with the first pressings of Grand Cru Pinot Noir and Chardonnay, which were under vine during Churchill’s lifetime, though the exact blend is a closely guarded family secret. It’s only produced in the best vintages and is always released later than the other vintage dated Champagnes from Pol Roger, in recognition of Churchill’s appreciation for older wines.

“Following some frost in December, the beginning of 2008 was marked by mild and humid weather conditions,” the house said of the 2008 vintage. “However by contrast, March and April were cool and rainy, even hit by spells of snow and frost. Good temperatures in May rapidly boosted growth. The summer months were characterised by extremely variable weather, with storms in July, cool weather and limited sunny periods in August.

“Véraison started in early August and by this point, the conditions in the vineyard were outstanding. September brought excellent weather, and the picking started on 15th September in sunny conditions. The grapes were healthy, and the sugar/acidity balance, perfect.”

It is described as a Champagne with a rich nose with notes of white flowers and freshly baked brioche, dried fruits and toasted almonds and hazelnuts, and a hint of orange zest. On the palate, the wine is “powerful and yet exquisitely well-balanced” with notes of  citrus fruit, notably grapefruit, coupled with creamy notes of pastry. 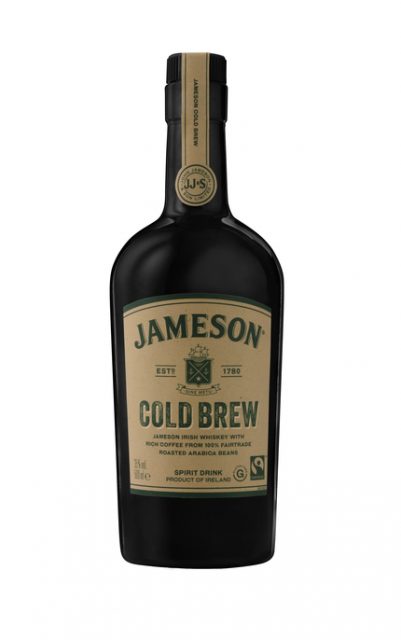 Irish Distillers’ brand Jameson is trialling a Fairtrade-certified coffee spirit in select local retailers. Jameson Cold Brew is described as an “Irish whiskey-based coffee spirit”. The limited edition 35% ABV serve combines Faitrade-certified Arabica beans from Colombia and Brazil, which have been roasted in the US before being transported to ID’s Midleton headquarters and mixed with Jameson’s flagship blended whiskey. The drink has “hints of toasted oak and dark chocolate”, and is designed to either be served on ice or incorporated into a cocktail. 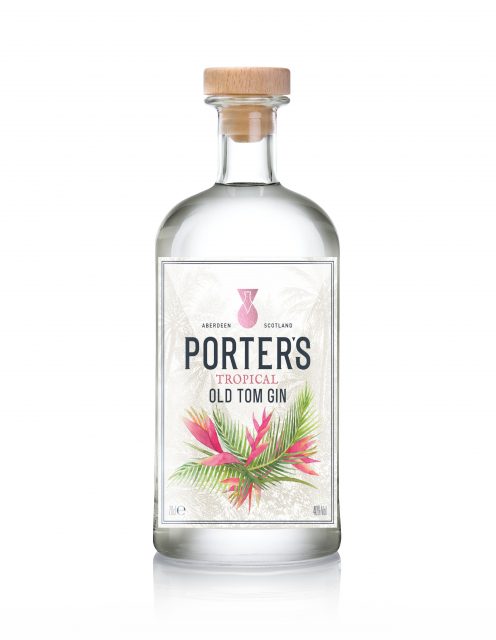 This autumn, Porter’s Gin is launching a new expression: Tropical Old Tom. It sees a classic juniper base lifted by exotic notes of passion fruit, guava and white tea. Historically, Old Tom Gin is considered to be the bridge between sweet Genevers and London Dry Gins. For the Tropical Old Tom blend, Porter’s builds on its classic juniper base by cold distilling the tropical botanicals to retain their juicy freshness. It is then slightly sweetened to create a clear gin that is “both distinctive and delicious” in flavour. Serve with a premium tonic and fresh passion fruit for a tropical G&T.

Cantina di Soave has given its Soave Classico Superiore Rocca Sveva DOCG a new look with the 2016 vintage, marking a period of significant change for the Italian wine producer. The winery’s ultra-premium flagship Rocca Sveva line will now go under the name Ciondola (no longer Castelcerino) and will feature a “more refined, essentialist graphic design”. Its name is a tribute to the wine’s origin, with ciondola referring to the contour-planted rows of vines on the hillslopes. To mark the change, fashion designer Lorenzo Mossa created a dress inspired by Ciondola, composed of 80 metres of pleated tulle that required 18 days of work to make. 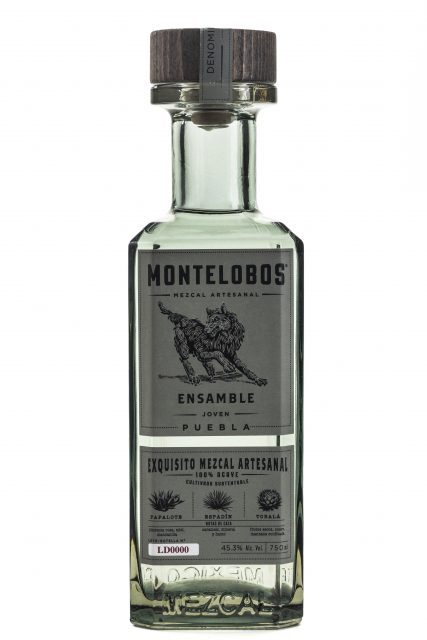 Catching on to the growing popularity of mezcal, Mangrove UK has added Montelobos Ensamble to its portfolio. Produced in the town of San Nicolás Huajuapan, in the heart of the Pueblan Mixtec, Montelobos is the result of a collaboration between Iván Saldaña Oyarzábal, a doctor of botany and agave specialist, and Don Aarón Alva, a lifelong agave farmer. The mezcal is produced with 100% agave cultivated from seed, compare to other producers that use wild agave. The mezcal boasts notes of pink
peppercorn, chamomile and apple confit. 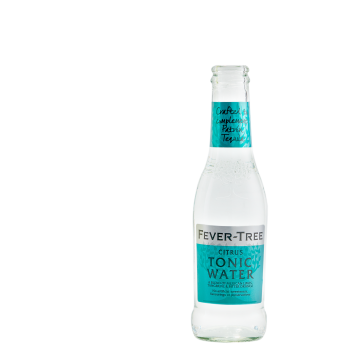 Premium mixer brand Fever-Tree and Tequila brand Patrón have teamed up to release a citrus tonic water flavoured with Mexican limes, tangerines and bitter orange that has been designed specifically to pair with Tequila. Fever-Tree co-founder Tim Warrillow sourced key limes and Tahitian limes from Mexico’s Colima and Michoacán, tangerines from Vera Cruz and bitter orange from Yucatán. The mixer’s profile is designed to balance the “sweet and peppery notes” of Patrón Tequila. The tonic water will be available in selected UK bars, including London’s Dandelyan and Quo Vadis, as well as online at 31Dover.com. 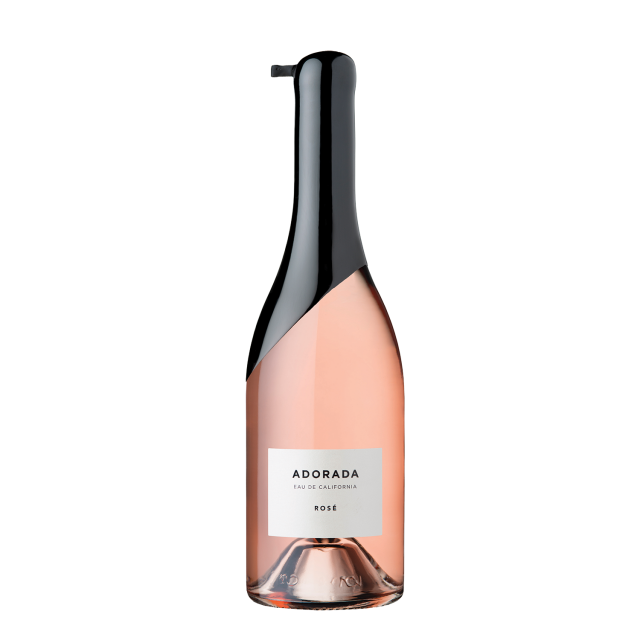 Chilean wine giant Concha y Toro has launched a prettily-packaged rosé onto the UK market that the company says is designed to appeal to women. Adorada is a lighter style of rosé made in California. Its bottle is hand-dipped in wax, intended to evoke an aesthetic more akin to high fashion than the traditional wine aisle. “The sensory freshness of Adorada embodies a huge shift towards lighter and more premium rosés, and away from the sweeter, darker pink White Zinfandels of the past 10 years,” says James Hick, senior brand manager at Concha y Toro UK. 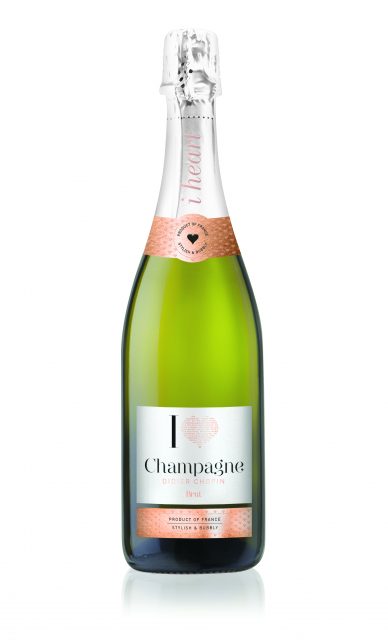 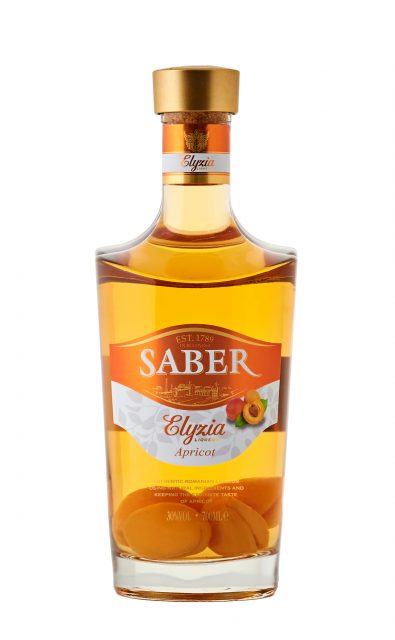 Owned by the Alexandrion Group, the Saber Elyzia premium collection is a series of six liqueurs made with 100% natural fruits and bottled at 30% ABV. Founded in 1789 in the Bucovina region of north-eastern Romania, the traditional recipe of Saber Elyzia remains a secret, but includes Apricot, Forest Fruits, Blueberry and Cherry expressions.

Only high-quality fresh fruits are hand-selected to produce each of the liqueurs, which are made using a traditional blending process and bottled with whole natural fruits inside; Saber is one of the very few liqueur brands in the world to do this. One of the oldest fruit liqueurs in Romania, Saber has built a reputation for quality, combining Bucovina tradition with the highest and most rigorous methods in liqueur production.

The US-based Ultimate Spirit Challenge 2018 awarded Saber Elyzia Premium Forest Fruits a score of 87, and its Premium Apricot 85. This year, Saber Elyzia will participate for the first time at Bar Convent Berlin. The bar and beverage trade show takes place from 8-10 October in the German capital. 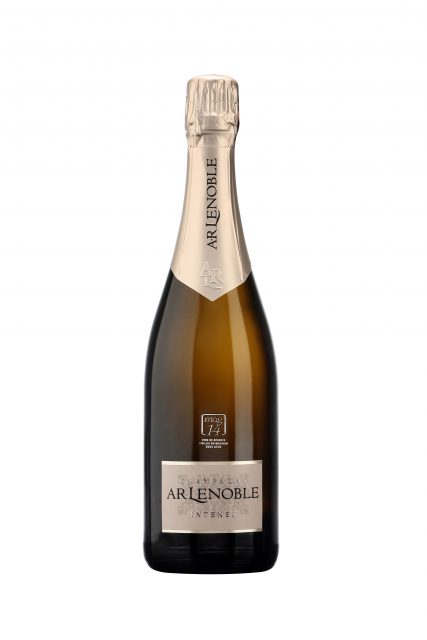 Champagne AR Lenoble has released the first edition of its Intense ‘mag14’ non-vintage brut, made using reserve wines aged under cork and in magnum, since the 2010 vintage, with climate change in mind. “The challenge for the future of Champagne is to be able to bring as much freshness as possible to our reserve wines,” said co-owner and winemaker Antoine Malassagne. “At the end of each harvest, we observe that acidity levels are much lower than they used to be. Reserve wines now need to add complexity and richness but also freshness. Ageing a portion of our reserve wines in magnums under cork makes this possible.” The cuvée is made up of 25% Chardonnay, 30% Pinot Noir and 45% Pinot Meunier, with base wines from the 2014 vintage and 40% reserve wines. 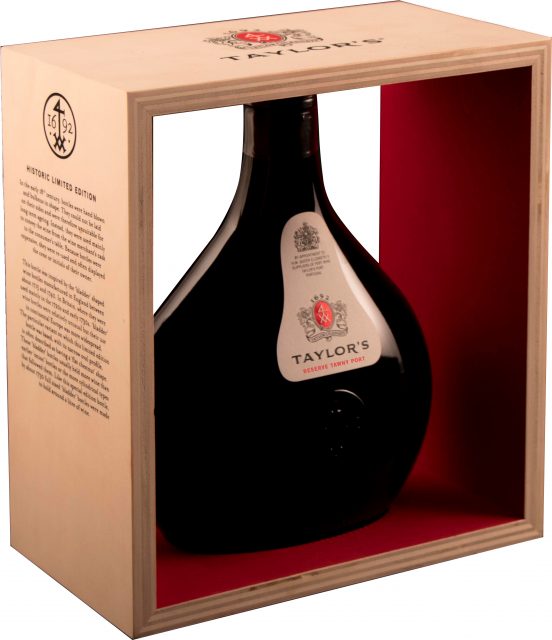 Taylor’s has launched a limited edition blend of tawny Ports housed in a bottle that recreates a historic bottle shape from the first half of the 18th century. The blend is the result of a careful selection of tawny Ports, of different ages, drawn from the extensive reserves of aged Port maturing in the Taylor’s cellars. The packaging was inspired by an historic English bottle used mainly between 1715 and 1740. These bottles had a narrow, oval profile, often being described as having a ‘flat chestnut’ or ‘bladder’ shape. David Guimaraens, Taylor’s chief winemaker, said: “This blend was carefully prepared specially for this limited edition. It displays the richness and depth of flavour typical of Taylor’s unique house style, as well as a finish of extraordinary length and distinction.” Like the historic bottles that inspired it, this limited edition bottle holds one litre of Port.