Police are searching for a gang of thieves who broke into a vineyard in southern Germany and ran a professional harvesting machine across its vines, stealing its entire crop. 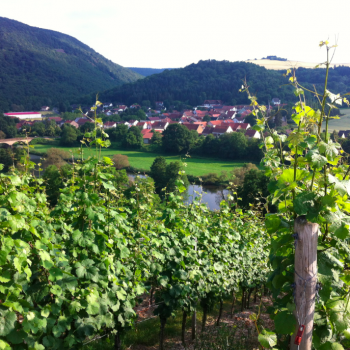 According to the local Rheinpfalz newspaper, the criminals were able to gain access to the vineyard and strip it completely bear of grapes overnight, by using a machine harvester.

The vineyard lies the outskirts of the village of Deidesham, and is located never to the car park of a busy supermarket with plenty of potential witnesses, making the theft even more brazen.

While this isn’t the fist case of its kind, it is one of the largest thefts in the region. According to the paper, last year 600-800 kg of grapes were stolen in the surrounding Bad Duerkheim district.

According to local reports, there are suspicions that the thefts are being carried out by rival winemakers, given the nature of the crimes. Grapes have typically been stolen with professional machinery, just as they have reached perfect ripeness.

Last month, Firefly Hill Vineyards in Elliston, Virginia, reported the loss of US$50,000 worth of grapes, after thieves stole two and a half tons overnight from the 37-acre family-owned estate.

In Burgundy, winemakers deploy security to patrol vineyards at night to lookout for suspicious vehicles to try and prevent theft, while in Champagne police on horseback patrol at night during harvest to deter thieves.