Wine Australia has indefinitely suspended the export licence for an Australian wine company, Dalefolds, after it was found selling three Penfolds lookalike wines in China, the first case of license suspension after the wine trade organisation was given broader power this year to protect Australian winery’s intellectual property rights in export markets. 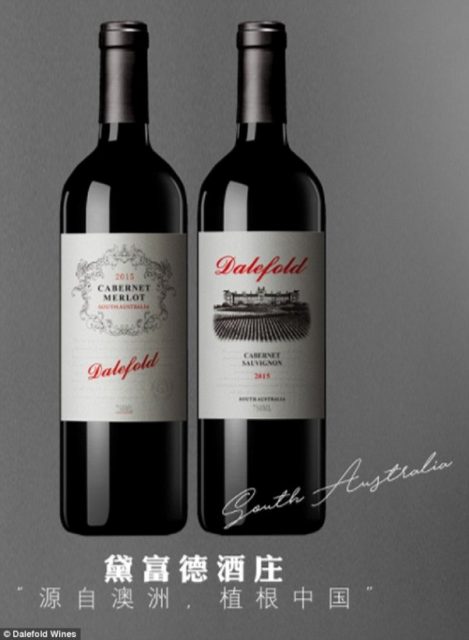 “Dalefold Wines has engaged in activity that aims to leverage from the reputation of another wine brand in China through causing consumer confusion,” wrote the Australian wine export regulator.

Continuing, it added the suspension was enforced after it reviewed a consignment of wine exported by Dalefold Wines on 20 June 2018 and other related matters.

This means Dalefold is essentially banned from exporting to China until further notice, as Wine Australia asserts its fraudulent behaviours would “adversely affect the export trade in all grape products from Australia by diminishing consumer confidence in the integrity and authenticity of Australian grape products in China.”

Dalefold Wines is owned and managed by Chinese-born Shuyen Liu, who has registered the company to a residential address in Adelaide said local media.

According to its Chinese website, the winery was purchased by a Shanghai-based company called Jiudai Holding, which deals in a range of businesses from automobiles, coal, media and wine.

The decision came just three months after Wine Australia was given broader power in April to vet exporters and deny the exporting of wines to a country if they are found to be copycats or counterfeit.

China is Australia’s most profitable and valuable export market. Between March 2017 and March this year, Wine Australia exported AU$1.04 billion worth of wines to China including Hong Kong and Macau, accounting for nearly half of the country’s AU$2.65 billion wine exports.

Penfolds, is one of the most imitated and faked wine brands in China. Its parent company, Treasury Wine Estates, has taken a copycat company ‘Rush Rich’ to court in Australia over trademark infringements.