The best Proseccos for 2018

With its slight sweetness and fruity characteristics, Prosecco is one of the most popular wines available. We bring you the category’s best bubbles from this year’s Prosecco Masters tasting. 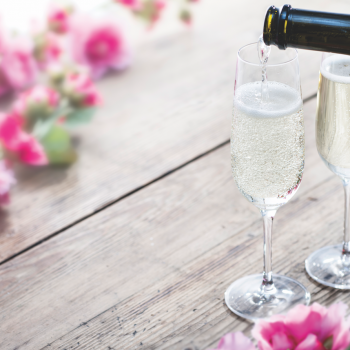 While all the competitions in the drinks business’s Global Masters series are important, some are more commercially significant than others. For wine buyers in the UK, particularly those in the supermarket or pub sectors, few parts of the drinks business are more marketable than Prosecco – an area of trade that has grown to such an extent that demand outstripped supply last year. For this reason, the Prosecco Masters is one of the most hotly anticipated tastings in our series – both for the judges and the wider trade, most of whom now handle this product in some way.
But what has made Prosecco such a success? It is a question that can be best answered after a day sampling more than 100 wines from this category, covering every style and price point, including the niche producer and big-brand player.
Nevertheless, before the tasting began, our judges had a pretty clear idea of what they where looking for, believing they know what makes this sparkling wine such a hit with today’s drinkers. Would a the competition alter or confirm their views? Well, in short, it reinforced them, while also drawing attention to the sweet spots in the category, and areas of relative weakness. For them, Prosecco is popular for its fizzy pear and peach flavours, along with slightly sweet character. It’s best enjoyed while it’s young and fresh, and sells best around the £10 mark in UK retail – and preferably below this psychological cut-off.
But what was less well understood were the gradations in quality according to source area and winemaking approaches; essentially, the qualities that justify the higher prices for premium Prosecco.
One element that is clear from the day’s tasting is the high level of appeal at the entry-level end of the category. Prosecco is, in part, sought after because it delivers a consistent flavour and quality – and that was seen among the DOC samples under £10. Nothing was outstanding, but few samples secured less than a Bronze medal. And between £10 and £15, we not only had our first Gold – Ponte’s DOC Extra Dry – but also a remarkably high proportion of Silvers. This is not easy, gaining such a medal requires agreement between a group of exacting judges who are looking for more than just orchard-fruit flavours in their fizz.

The improvement in Prosecco within the DOC samples as one moved up the price bands was notable. Indeed, our first Masters were awarded once we passed the £15 mark, with Maccari receiving the ultimate accolade for its Extra Dry Duplavilis, and then Bottega, for its even more expensive ‘Gold’ expression.

The step up in general standard once we moved into the DOCG Proseccos was notable – those sourced from the best sites in the region, be they Conegliano, Valdobbiadene or Asolo. In broad terms, these tended to have purer, more intense fruit, and often with ripe peach alongside the traditional pear flavour. Complexity was also evident in some samples, with a touch of citrus zest, and a gently chalky taste and sensation on the finish. Sugar-acid balance, even in sweeter samples, was key – the judges were on the look-out for refreshment.
Moving up the scale to the very top end of Prosecco, it was pleasing to see that Rive examples received some of the highest scores of the day. This category was introduced in 2010 to draw attention to particular sub-zones with distinctive and high-quality terroirs, and the Master awards for the Rive Proseccos from Val d’Oca and Masottina proved that there are sites in the Prosecco region that really do produce special wines.
We did taste one Cartizze – named after a hill in the Conegliano Valdobbiadene DOCG that is famous for producing the most concentrated expression of Prosecco. From Colesi, it was certainly impressive enough to gain a Gold, even though it was made in a Brut style – unusual for this pinnacle of the Prosecco pyramid, which is usually made in a sweeter style, and often ‘Dry’ (17g-32g/l).

With this in mind, it is worth considering sugar in Prosecco. Unlike Champagne, where the majority of wines are made in a Brut style (0g-12g/l), Prosecco is generally released as an Extra Dry (12g-17g/l), and the fizz seems to suit this level best – the sugar broadening the mouthfeel and complementing the orchard-fruit flavours. Furthermore, the slight sweetness to Prosecco in part explains its widespread appeal – and, in particular, its popularity with a cross section of drinkers who were, 10 years ago, mainly drinking sweeter styles of pink wine, known as ‘blush rosé’.

So, as you can see in the results, the majority of high-scorers were ‘Extra-Dry’, and, should one seek out Brut, it is usually from better sites in the region, so DOCG areas, and in particular the warmer, south-facing hillsides of DOCG Asolo, which naturally produces wines with more yellow-fruit flavours. Indeed, after the day’s tasting, one judge, Jonathan Pedley MW, said: “Most wines achieved a good balance between sweetness and acidity. That said, there were a couple of examples where producers straining to make Brut or even Extra Brut offerings ended up with wines that were too tart and austere.”
Having considered sweetness, another aspect to Prosecco that emerged after the tasting is freshness. While an element of maturity is desirable in many bottle-fermented sparkling wines – above all, Champagne – when it comes to Prosecco, the combination of the Charmat method and the aromatic Glera grape means that this fizz is best enjoyed as a youthful product. As a result, some of the rejected wines were those that showed flat, tired, and at times oxidised characters, and not the aromatic freshness that makes Prosecco stand out. As Nick Tatham MW, another judge, said: “The Glera grape is at its best when drunk fresh.”
He said that this meant that vintage-dated Proseccos (millesimato), if they are from older harvests, might not offer a better experience for the consumer, even though they can be more expensive than ‘regular’ releases.
Also, although the vast majority of Proseccos are labelled NV, they are generally the product of one vintage, which is usually the latest one, thanks to the popularity of the product.
In summary, it was widely felt that Prosecco is fashionable because it successfully delivers fresh, fruity, slightly sweet sparkling wines that are enjoyable to consume. And, it was revealing to see the quality attainable at the top end, be it from the step up to DOCG, or, much more rare, the Rive designation for special sites. Overall though, it is the combination of the sparkling winemaking expertise of northern Italy with the appealing aromatics of Glera that has made Prosecco such a hit. While there is a place for premium or even super-premium Prosecco, the judges felt that it was important the top end remained true
to Prosecco’s most appealing attributes – particularly regarding freshness and sweetness.

The drinks business Prosecco Masters, now in its fifth year, is a competition exclusively for the Italian sparkling wine. This year’s event saw more than 100 entries judged blind by a panel of highly experienced tasters. The best wines were awarded medals that ranged from Bronze through to Gold, as well as Master, the ultimate accolade, given only to exceptional wines in the tasting. The Proseccos were tasted over the course of one day at Henrietta Hotel in London’s Covent Garden on 23 March. This report features only the medal-winners.

Nick Tatham MW
“This year I detected a clear difference in the general quality level of the DOCG wines over the DOC wine… I suspect again that this is partly due to the more difficult vintages and the DOCG vineyards performing better thanks to their location and topography. I did like the fact that many of the better wines in particular were deliciously fruity on the nose with excellent pear and apple notes; this is for me the hallmark of a good and well-made Prosecco which can be lost sometimes in the more ‘serious’ wines which in their search for gravitas can sadly lose the ‘Drink me!’ bouquet which makes Prosecco the great success it is.”

“Whilst there were excellent wines in the DOC classes, the very best DOCG wines shone a brighter light with more definition and refinement. Particularly exciting and exhibiting true ‘sense of place’ were some of the wines from Conegliano-Valdobbiadene and Asolo. The ‘Rive’ wines, from the 40 or so hamlets entitled to the designation, were also interesting, packed with pure aromas and flavours.”

“The strongest and most consistent bracket for us was the DOCG £15-20: we had a super flight of eight wines with only one reject, the other seven sharing out Golds, Silvers and the odd Bronze. After these our trio of DOCG £20-30 wines were marginally disappointing; the extra cost did not seem to deliver more complexity or finesse. I would exhort the Prosecco industry to carry on producing the fresh, fruity, hedonistic, slightly sweet wines that have proved to be such a massive hit in the UK.”