Spirits giant Edrington has revealed the new distillery and visitor experience for legendary Scotch-producer The Macallan, and the photos are breathtaking. 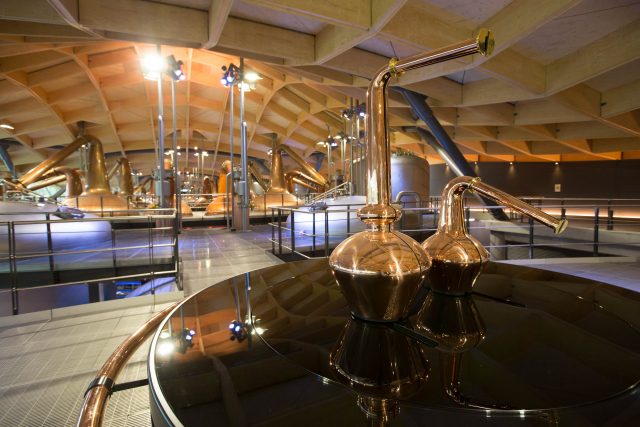 Located on the Easter Elchies estate, where The Macallan’s whiskies have been produced for nearly 200 years, the new still-house cost £140m to build, forming part of Edrington’s much larger, £500m investment into the brand.

The space-age distillery — which has been built to reflect the surrounding hilly landscape in Craigellachie, Moray — was designed by Rogers Stirk harbour + Partners and realised by Elgin-based Robertson Construction, which recruited 400 people from 25 separate contractors to bring it to life.

The new distillery will allow production of The Macallan to increase by approximately a third.

The Macallan’s new distillery is expected to open in June 2018. Ian Curle, Edrington’s chief executive, said that the drinks giant hopes it will provide a much-needed boost to “the tourism industry, Scotch whisky exports, and the economy.”

The firm gave the drinks business a sneak peak  of the soon-to-be unveiled building.

Click through to see the expansive new still house set to become one of Scotland’s biggest contemporary tourist attractions. 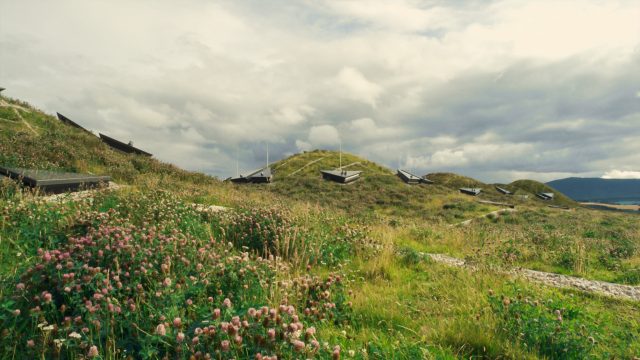 According to the architects, the building is cut into the slope of the land, “taking its cues from ancient Scottish hills,” while also attempting to reduce the visual impact on the surrounding landscape in Speyside, which was classified as an Area of Great Landscape Value by the Scottish government.

The roofs are also covered with a layer of wildflowers, further integrating the design into its local environment.

Graham Stirk, the lead architect on the project, said that the historic Elchies Estate is a “truly is a special place; a place we have come to love and respect hugely. The vision was always ambitious but this enabled us to challenge our own thinking to create something so dramatic and awe-inspiring.” 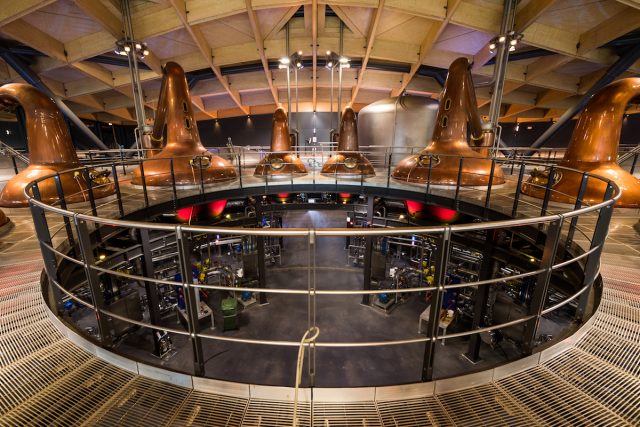 The programme increases investment in whisky, warehousing, and particularly in The Macallan’s signature sherry-seasoned oak casks.

The new stills were crafted by Scottish coppersmiths Forsyths, who have been making the brand’s distinctive, ‘curiously small’ stills for The Macallan since the 1950s.

The new distillery will provide 60 more jobs to locals when it opens later this year. 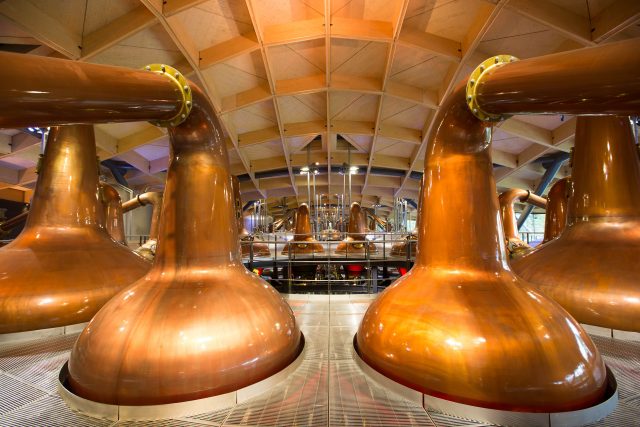 The Macallan is known worldwide for producing whiskies which fetch anywhere between £25,000 and £445,000 at auction.

The company announced plans to build a new flagship distillery back in 2012, which would enable production of The Macallan to increase by a third if required.

Ken Grier, The Macallan’s creative director, said: “It has been very important that we make sure we can sustain demand for this wonderful amber liquid.

“We’ve taken exceptional care in making sure that the spirit that is produced in the new distillery is identical to the spirit that we produced in our previous distillery. This is the beginning of a really exciting new chapter in the evolution of this wonderful brand that is The Macallan.” 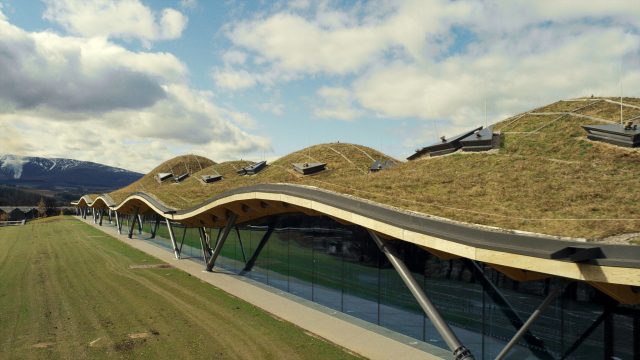 The timber roof is made up of 1,800 single beams, 2,500 different roof elements, and 380,000 individual components, almost none of which are equal or the same.

Around 380,000 individual components were needed to create the undulating timber structure, making this one of the most complex architectural designs in the spirits industry.

Ian Curle, Edrington’s chief executive, said that when the distillery opens in June, “we expect this new Macallan enterprise to deliver significant benefits for the tourism industry, Scotch whisky exports, and the economy.”

THESE ARE THE BEST-LOOKING PUBS IN THE UK, ACCORDING TO CAMRA