Everything we know about the royal wedding food and drinks

Everyone knows the food and drinks are the only two things people care about at a party, even if it is a royal wedding. 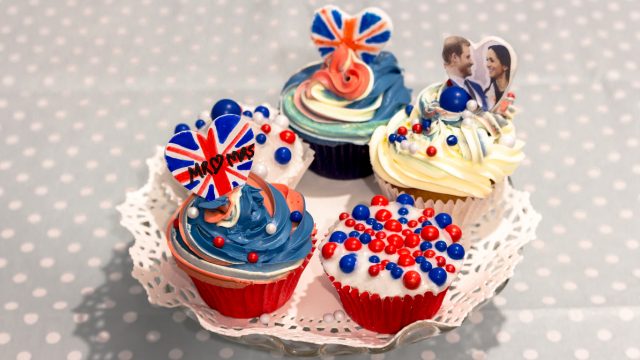 While betmakers have speculated for months over everything from the colour of the Queen’s hat to which Champagne will be served, Kensington Palace finally put everyone out of their misery over the weekend, publishing a statement which revealed just some of the best-loved dishes from the official wedding breakfast.

So without further ado, here is what we know so far about the refreshments at Prince Harry and Meghan Markle’s wedding reception.

Note: This article will be updated as more info comes through 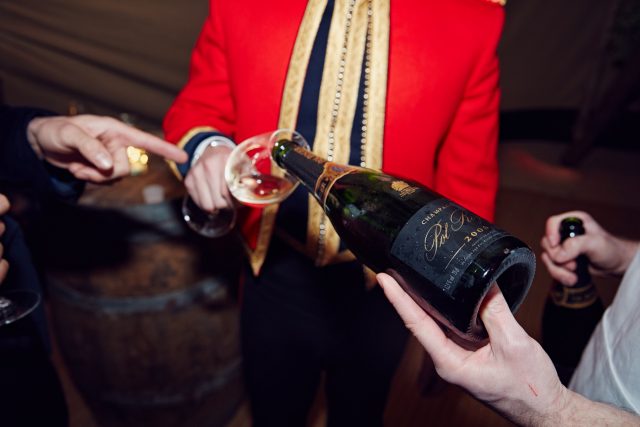 It was a bitterly contested category for the royal wedding, with Ladbrokes issuing odds on not just still and sparkling wines, but even the cocktail the Queen would drink prior to the ceremony.

Congratulations to anyone who bet on French wine, and specifically Pol Roger, which had one of the longest odds of any wine label at 10/1, and is so far the only one to be confirmed by Kensington Palace.

Guests were served Pol Roger non-vintage Brut, according to a statement on the royal household’s website, “and a selection of wines.”

Picking up on the no-to-low ABV trend, a range of soft drinks were also on offer, including an apple and elderflower mocktail, featuring elderflower syrup made from Sandringham’s elderflower trees.

Naturally, there was an after-party, and db can reveal that Harry and Meghan served a Michelin-starred craft beer to the 200 royals and A-listers in attendance at Frogmore House

Guests were treated to Bohemia – a lager brewed in a collaboration with north London brewery Two Tribes, and Clare Smyth, currently considered the best female chef in the world.

Harry is apparently a fan of Two Tribes – and Bohemia lager in particular – along with celebrities such as Gordon Ramsay, who Smyth trained under in her early career. 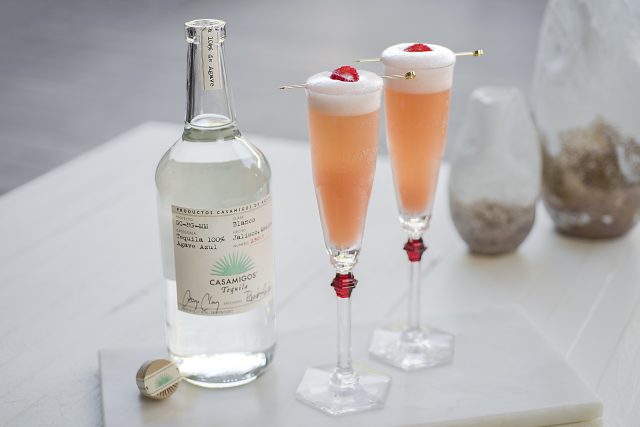 Various sources have said the after-party was tikki themed, which goes a long way to explaining the drinks on offer.

It’s not a party without tequila, and as luck would have it George Clooney — owner of tequila label Casamigos — was on-hand to provide some more substantial drinks to guests at the Frogmore House reception.

An insider at the event told E Online that Clooney himself was serving up Casamigos mixers, presumably giving its brand ambassador, Princess Eugenie’s fiancé Jack Brooksbank, a well-earned rest.

A few who still needed to blow off some steam reportedly made their way to Chiltern Firehouse for an after-after-party.

Clearly taking note from the recent outbreak of “small plates” in the capital’s restaurants, a formal meal was swapped out for bowl-food and a selection of canapés at the lunchtime reception, where Queen Elizabeth hosted the 600 members of the congregation at Windsor.

Guests were treated to a range of seasonal canapés made with locally-sourced produce wherever possible.

As well as this, the more substantial bowl food included a chicken fricassee with morel mushrooms and young leeks, pea and mint risotto with pea shoots, truffle oil and parmesan crisps, and slow-roasted pork belly from Windsor’s own pigs, served with apple compote and crackling.

On the other hand, things got a bit greasier at the Frogmore House event, where South African wagyu beef and dirty burgers were the order of the evening.

🎥 Watch as baker Claire Ptak begins work on the #RoyalWedding Cake! Working in the Kitchen at Buckingham Palace, Claire and her team have started to create the three cakes ready for the wedding of Prince Harry and Ms. Meghan Markle. The cake is a lemon sponge, with an elderflower syrup, featuring Amalfi lemon curd and covered with a Swiss Meringue elderflower buttercream. The finishing touches will applied on Saturday morning at Windsor Castle.

But of course, the real star of the show was the wedding cake.

Designed by Claire Ptak, the wedding cake featured the same elderflower syrup used to make the mocktails, as well as a light sponge.

A filling made from Amalfi lemon curd and elderflower buttercream tied all the elements together.

The cake was decorated with Swiss meringue buttercream and 150 fresh flowers, mainly British and in season, including peonies and roses.

Those who made it to Frogmore House, on the other hand, got candy floss and ice cream for afters.