Antonio Galloni has released his report on the 2017 vintage, the last of the truly major critics to do so, and is distinct from many peers by nailing his colours to the mast in support of the Right Bank. 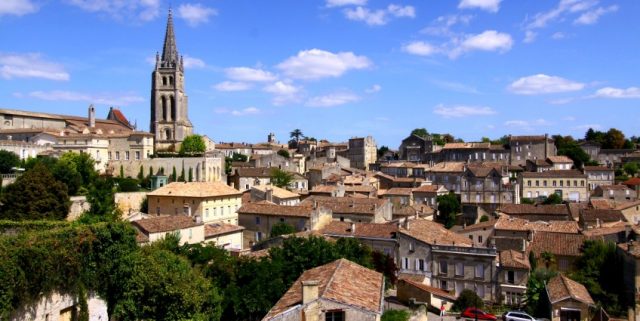 Throughout the various critical appraisals of this tricky vintage, including from new colleague Neal Martin, one of the core themes has been that it is not one that outright favours either side of the Gironde and that both have produced, at their best, excellent wines.

Galloni would certainly agree that the Left Bank’s leading estates have made more than respectable wines in 2017 but, as he writes on Vinous, “two thousand seventeen is, in my opinion, very clearly a Right Bank vintage, and while admitting the effects of the frost were clearly severe and ebilitating for a number of estates, when at their best in Saint Emilion and Pomerol, “a number of 2017s…are positively thrilling”.

Another critic who has been rather more ‘Right Bank-leaning’ is Julia Harding MW writing for JancisRobinson.com, all of her top scores were awarded to St Emilion and Pomerol wines.

Some of Galloni’s favourite Left Bank wines meanwhile included Montrose, Haut-Brion and Léoville Las Cases, “all of which are more sensual than they usually are at this stage,” but he added there weren’t too many Left bank wines he considered “extraordinary or absolute must-haves.”

For the reds at least because he quickly added the addendum: “2017 is a fabulous vintage for Bordeaux’s dry whites and almost as good for sweet wines,” and in this appraisal he falls very much in line with the likes of Martin and Lisa Perrotti-Berown MW who featured dry and sweet white wines very prominently in their top picks.

Of his 10 ‘most exciting’ wines of the vintage, seven were from the Right Bank: Ausone, Canon, Lafleur (possibly everyone’s favourite), L’If, Petrus, Troplong Mondot and Vieux Château Certan.

As for the rest, he concurred with Martin that Lafite is probably the best first growth of the vintage, LLC has already been mentioned (“a potent, brooding wine”) and last was Pape Clément’s white wine, which was released yesterday (3 May) – “striking” he called it.

Briefly laying out how the system is going to work with both Martin and he writing about Bordeaux, Galloni said: “Neal and I have authored separate and independent articles on the wines of Bordeaux. Neal’s recent report on the 2017s is one of the most deeply researched and well-written articles I have ever read. We are proud to have published it.

“Neal and I did not discuss a single wine, or, in fact anything about the 2017s before we published our respective articles. We will be doing a series of videos together soon on our favourite wines and sharing more thoughts on where we agree and disagree in order to give readers even more perspective on how we view the 2017 vintage and wines. That’s the way it is, and the way it is going to be for the foreseeable future.”

Galloni’s overview to the vintage can be read on Vinous here.