The Lunelli Group has announced it is changing its marketing strategy Prosecco brand Bisol in a bid to increase consumer awareness of the wine-growing region’s Geographic Indicators. 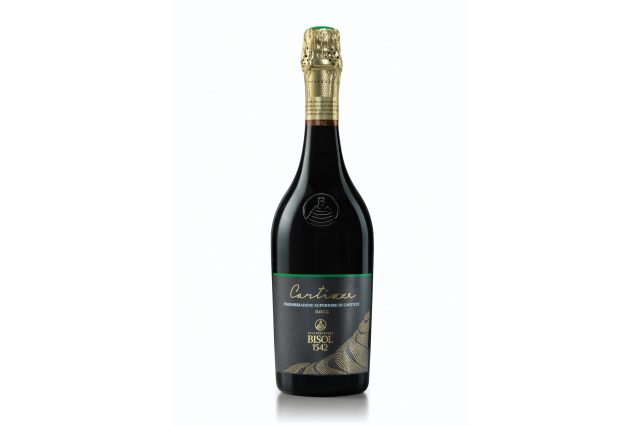 The wine firm said it wants to turn Bisol — a Prosecco Superiore di Valdobbiadene brand — into a “reference point” for the region, with a new marketing strategy and tone of voice that puts the focus on “uniqueness, authenticity and tradition.”

The new strategy includes a fresh logo, which makes a focal point out of the year 1542. Lunelli said they have access to a historical document from 1542 which shows the Bisol family “tending the vines in the area.”

The “Valdobbiadene” indication will also feature in the logo, emphasising the “strong connection” with the terroir, according to Lunelli.

“Today, we celebrate the beginning of a new era of our brand.” – said Gianluca Bisol, president of the Bisol Desiderio & Figli wineries.

“We have always elected green as the colour to best represent the historical and deep bond with Valdobbiadene on our labels. Today, with an even livelier green, we reaffirm our wish to take on the role of ambassadors for this wonderful land. Ours is a long-lasting challenge that will lead us to even bigger achievements, thanks to the precious contribution of the Lunelli family.

“Knowing one’s roots is the first step towards authenticity and who can claim to have deeper roots to this land than Bisol?”

Matteo Lunelli, the Lunelli Group’s current CEO, added that the firm wants to develop consumer knowledge around the Prosecco region as a whole

“Prosecco keeps growing at a global level, but consumers seem to focus on the category rather than the producer. We believe that it is of crucial importance to highlight the difference between Prosecco and Prosecco Superiore and we hope recognised and recognisable brands will emerge for the consumers, promoting quality and enhancing the features of this amazing wine.

“In the future Bisol wants to be an even bigger protagonist for Prosecco Superiore di Valdobbiadene.”