Two Belgian bars that have been losing thousands of beer glasses each year have taken matters into their own hands, installing a €4,000 security system and asking for customer’s shoes as a deposit. 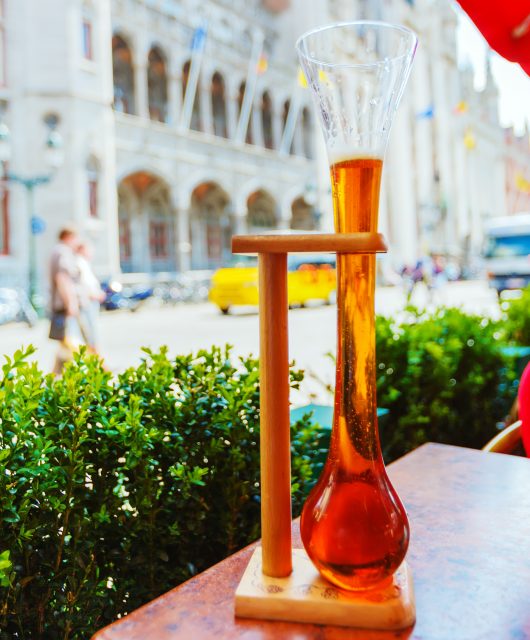 As reported by Nieuwsblad, some bars in Belgium are going the extra mile to prevent customers from swiping their glasses.

At the Beer Wall in Bruges, landlord Philip Maes told the new site that his establishment loses “at least 4,000 [glasses] each year”.

“The tourists especially like to walk with them,” he added. “For some reason, the customers think that when they pay for something to drink, they get the glass as a present”.

As such, Maes has installed a €4,000 alarm system with a scanner at the door.

Another beer bar, this time in Ghent, called the Dulle Griet, has adopted another practice to ensure it gets its glasses back.

“Anyone who drinks our house beer must hand over their shoe,” Alex Devriendt told Nieuwsblad. “We then put them in a basket that we put up against the ceiling. The basket has now become an attraction, but for us it remains a guarantee. [The glasses] are quite expensive because we have them made especially for us”.

He added: “We have to supplement our inventory every day. Tourists simply want a souvenir. Some even try to throw those old-fashioned billboards off my wall. Certainly in the winter a lot disappears, they have thick coats on. In the summer they can hide the loot less well”. 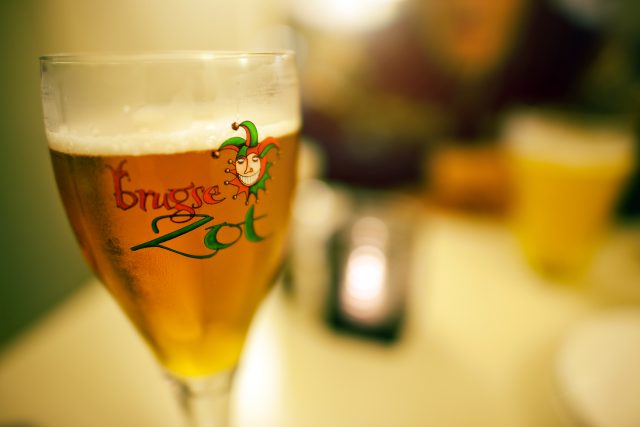 Belgians take their beer glasses very seriously and consider it particularly important that beer is served in the appropriate glass.

Among the styles that often find their way into a tourist’s coat are a long-stemmed glass emblazoned with the Bruges’ Brugse Zot insignia, Mongozo’s coconut shell beer cup and Kwak’s glass, designed to fit in torch holders on horse-drawn coaches, complete with wooden stand.