Police in Mexico have recently shutdown two illegal ‘Tequila’ distilleries as part of a crackdown on dangerous bootleg spirits that are thought to have been responsible for the poisoning of over 100 tourists over the past year. 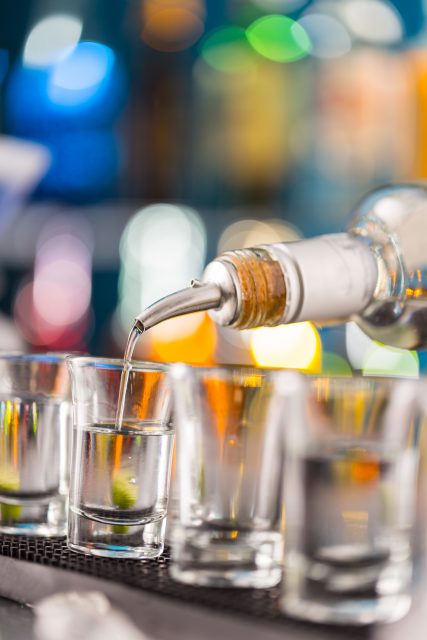 Last week, it was reported that Mexican police had raided two illegal distilleries and seized close to 20,000 gallons of black market ‘Tequila’, over 200 gallons of which has subsequently tested positive for dangerously high levels of methanol.

Also seized during the second raid were 30 gallons of pure can alcohol, 150 gallons of “other alcoholic ‘products’” and 800 gallons of spirit derived from parts of the agave plant not permitted in the production of Tequila.

It is thought that the bootleggers intended to blend the spirits together and the investigation has now turned to where the imitation Tequila was being distributed.

At least part of the production may have been bound for resorts and hotels frequented by tourists in Cancun, Los Cabos and elsewhere; Mexico having experienced a mounting wave of visitors reporting blackouts and other illnesses which may be linked to methanol poisoning.

Last year another crackdown in popular holiday destinations led to the seizure of 90 gallons of illegal alcohol, the shutting down of the bar selling it and the raid on and closure of another underground distillery and confiscation of 10,000 gallons of spirit.

The Milwaukee Journal Sentinel which has run an investigation into this case recently reported it has counted more than 150 reports of travellers at various resorts who have reported sudden illnesses and blackouts that were not consistent with the amount of alcohol they had drunk.

As well as becoming seriously unwell (some to the point of hospitalisation), those who have experienced blackouts – especially young women – have often been subjected to robbery, sexual assault and rape.

One young American woman, Abbey Conner, meanwhile, drowned in the hotel pool where she was staying in January last year in a case that has been tied to illegally produced alcohol.

The situation has become sufficiently serious that there have been calls in the US Congress to launch an investigation into the handling of these cases by the State Department – which claims there is little it can do to hold Mexican companies accountable if US citizens are hurt while holidaying in the country.

A review was held in December last year although details of its findings have not yet been released. In the meantime, various senators and congressmen and women have continued to call for more action to support US citizens who fall victim to

Senator Tammy Baldwin (D-Wis), reportedly sent a letter to Secretary of State Rex Tillerson, in which she stated: “While I understand that the State Department does not have legal jurisdiction to investigate specific cases, I am confident that a clear-eyed, comprehensive analysis of the information provided by victims will reveal systemic issues related to illicit alcohol, weak and corrupt law enforcement and judicial institutions, an absence of the rule of law, and an overall dangerous environment for U.S. citizens in Mexico.”