In keeping with the growing trend for transparency in the vodka industry, intrepid employees at Swedish brand Absolut have stripped off for a new ad campaign. 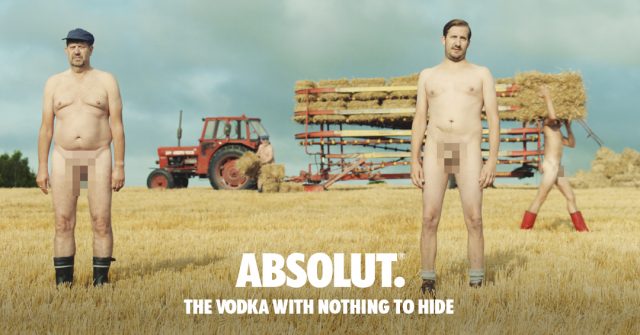 Running with the tagline: ‘The vodka with nothing to hide’, the short film features Absolut staff in the nude in a variety of settings related to its production, including a winter wheat field and the bottling line at the distillery in Åhus in southern Sweden.

While the video is intended as a bit of fun, it also highlights Absolut’s CO2 neutral distillation process and the brand’s sustainable ethos. It ends with the staff dancing in the buff to the sounds of a brass band.

“In an age where brand transparency is rare, Absolut felt it was important to put everything on display and show viewers exactly what modern vodka crafting looks like,” said a spokesperson for the brand. 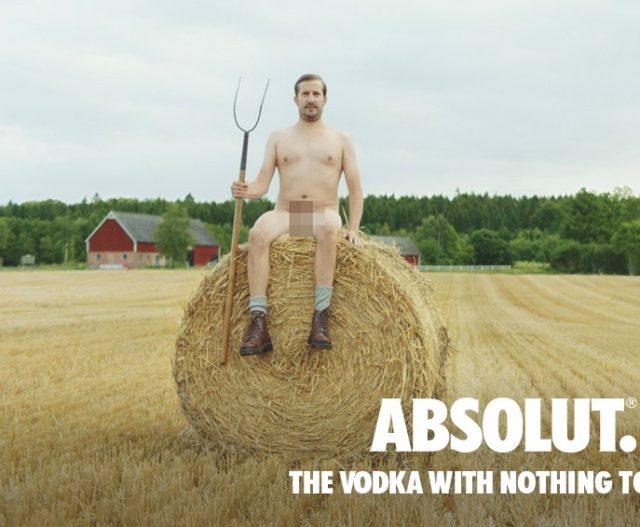 “Absolut is proud to take responsibility from seed to bottle and source wheat from 338 farms in southern Sweden where each farmer is known by name.

“Employees are proud to use so many sustainable production processes, and as you’ll see from the film, have absolutely nothing to hide,” they added.

“We control every single step from seed to bottle, and we do it with passion and pride. Normally, when people come to see us, we do have clothes on.

“But the transparency about how we do things is still the same,” said Anna Schreil, Absolut’s vice president of operations, who has a starring role in the film.

Absolut has a long-term vision to reuse the by-products from its production process and therefore produce no waste.

Craig Johnson, Absolut’s vice president of global marketing, added: “We are proud to champion sustainability and transparency in our industry.

“We feel it’s now more important than ever to let our customers know, we have nothing to hide.”

Those who are keen to see Absolut’s employees bare all, can watch the full-frontal video below:

An in-depth look at the growing importance of terroir in vodka and increasing calls for transparency in the industry appears in our February issue.