Minimum pricing on alcohol could lead to increased drug abuse in Scotland, according to an NHS consultant. 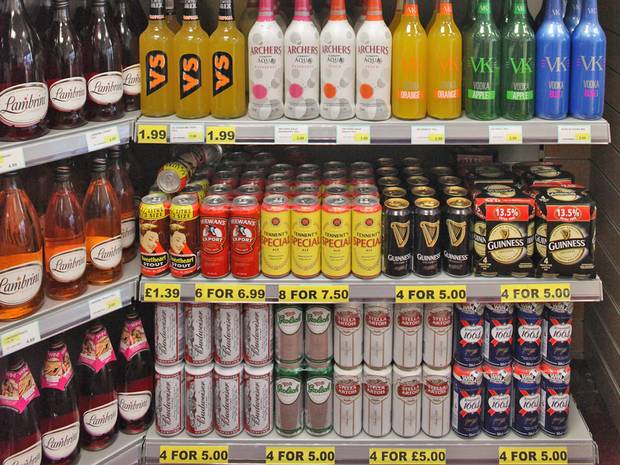 NHS consultant Dr Michael Colvin said that there has been little research carried out on “addiction transfer” — where alcoholics or drug users turn to alternative substances when their minimum pricing on alcohol might have more damaging affects on people suffering from dependency.

“Consumers of large volumes of cheap alcohol must be vulnerable to drug use,” he wrote in a letter to The Herald.

“We all want MUP to be a success, but some unhappy Scots, finding their favourite tipple out of reach, may simply reach for the painkillers.”

The warning comes as the Scottish Government prepares to roll out new laws around minimum alcohol unit pricing in May 2019, which will raise the average price of sparkling wine and perry by 116% and the price of cider by 90%, according to the Institute for Fiscal Studies (IFS).

The ruling will see the price of cheap alcoholic drinks soar, with a 310cl bottle of Frosty Jack’s cider – currently sold at around £3.50 per bottle – set to increase to over £11.00 a bottle, while the cost of sparkling perry drink Lambrini will rise to over £5.60.

Martin O’Connell, an associate director at IFS said: “Heavy drinkers, when buying alcohol in supermarkets and off-licences, tend to choose products that are cheaper per unit than more moderate drinkers. A minimum unit price would therefore target a higher share of the units that heavy drinkers buy.”

There were more than 1,200 alcohol-related deaths in Scotland in 2016, which is a 10% rise on the previous year, while the total annual cost of alcohol misuse in Scotland estimated to be around £900 per adult.

The minimum unit pricing is meant to discourage heavy drinking, particularly when it comes to cheap liquor, and therefore reducing the number alcohol related injuries, illnesses and deaths.

Similar measures are also due to be implemented in Wales in 2019, but off-trade drinks retailers have warned that the new restrictions could severely damage supermarkets.

Earlier this week Big Four firm ASDA submitted a letter to the Welsh Assembly’s health committee, warning of “significant costs for businesses in Wales…associated with the implementation of complex new systems to handle minimum pricing” after it said that preparing for minimum pricing in Scotland has cost the grocer over £1 million.