British heavy metal band Iron Maiden and Robinsons brewery have added a new beer to their ‘Trooper’ range, this time in support of military charity Help for Heroes. 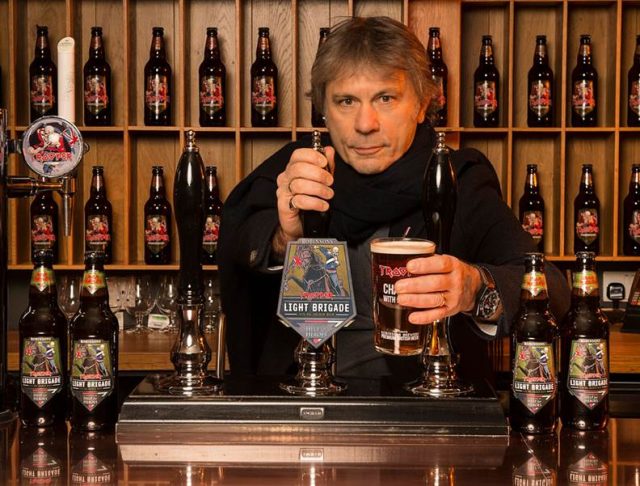 Light Brigade is a golden ale with a 4.1% abv. Designed to be a session beer, 6p from every pint and 5p from every bottle will be put towards the charity, which supports ex-service men and women who have suffered physical and mental injuries.

Because of its charitable nature, Robinsons said Light brigade would have a longer run than previous limited edition beers in the Trooper range such as ‘666’, Red ‘N’ Black’ and ‘Halloween’.

Help for Heroes’ director of marketing and fundraising, Beth Miles, said the charity was “thrilled” by the new beer, while Iron Maiden lead singer Bruce Dickinson said the band was “proud” to have been asked to collaborate.

Robinsons’ head brewer, Martyn Weeks, added: “Bruce and I were recently invited to visit Help for Heroes in Wiltshire, where we had a tour of the incredible recovery facilities there and met some of the Veterans.

“We were both hugely impressed with the work they are doing and launching a new beer in support of this charity is, we believe, a great way to raise money and awareness for this very worthy cause. Robinsons will also be supporting the charity through fundraising in our pub estate.”

Robinsons and Iron Maiden released their first beer, ‘Trooper’, in 2013 and it went on to huge success. To date it is estimated over 20 million pints of it have been sold worldwide.

The name of the beer came from the Iron Maiden song, ‘The Trooper’, which was based on the Battle of Balaklava during the Crimean War.

The battle was also the scene for the infamous military blunder known as the Charge of the Light Brigade, where a brigade of light cavalry mistakenly attacked Russian artillery head-on, and after which this new beer is in its turn named.

The beer is available for pre-order now with delivery on 1 February and it will be released across the UK in supermarkets and selected pubs from 19 February.