BrewDog has won its battle against the Elvis Presley estate after a previous ruling, which banned the Scottish brewer from calling one of its beers ‘Elvis Juice,’ was overturned. 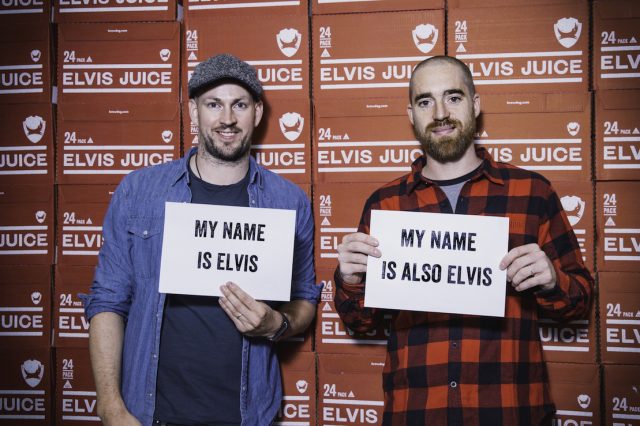 The Ellon-based brewer initially lost the right to call its grapefruit and blood orange IPA ‘Elvis Juice’ after the UK Intellectual Property Office found in favour of the Elvis Presley estate last June.

Before the first ruling, BrewDog founders James Watt and Martin Dickie both changed their names to ‘Elvis’ by deed poll after the estate took legal action against them.

The Presley estate objected after BrewDog applied to register ‘Elvis Juice’ and ‘BrewDog Elvis Juice’ as trademarks. It felt that the application was in conflict with its registered trademark and believed that people buying BrewDog’s beer could mistakenly believe that the estate had endorsed the product.

In the appeal hearing, BrewDog has been given permission to trademark ‘Brewdog Elvis Juice’ (but not ‘Elvis Juice’) and a ruling has been overturned which ordered the brewer to pay the estate £1,500 in costs.

Explaining the decision, Phillip Johnson, who conducted the hearing, said: “On balance I do not think that the hearing officer was entitled to take judicial notice that beer consumers who see the word Elvis will always think of Elvis Presley. It is well beyond day-to-day knowledge and is based on supposition. Such a finding therefore would require evidence.

“The two marks are too different for there to be direct confusion. Even with imperfect recollection the average consumer will not mistake Brewdog Elvis Juice for Elvis.

“In general, consumers are more likely to remember the first word of a mark, particularly where it is invented or unusual, and so in any comparison between the two marks the average consumer would be aware of the difference”.

“Put simply, the common element of Elvis is not enough on its own to make consumers think there is a link between the mark Elvis and Brewdog Elvis Juice.

“Accordingly, I find there would be no likelihood of confusion between Elvis and Brewdog Elvis Juice and allow the appeal in this respect only”.

BrewDog launched its Elvis Juice IPA in 2015. The company is valued at up to £1 billion, exports to 55 countries and launched its spirits arm, LoneWolf, in April 2017.