Champagne Henri Giraud has announced the launch of Argonne 2008 – a new vintage of its flagship cuvée – with its packaging designed by Japanese architect Shigeru Ban.

Made from Pinot Noir and Chardonnay from Henri Giraud’s Grand Cru vines in Aÿ, the wine is aged in small barrels made of oak selected from specific trees in the forest of Argonne. Each batch of oak is “geo-localised” and tracked in partnership with the French Forestry Commission, then identified and branded by the cooper. Each bottle is coded and laser-engraved at the time of bottling, and again at the moment of labelling, to ensure traceability from grape to glass. The packaging itself is made from a naturally sourced, organic cardboard tube, crisscrossed with cardboard batons that cradle the bottle “like Mikado sticks”.

Claude Giraud, president of Champagne Henri Giraud, said: “With Argonne 2008 we have entered a new dimension in wine. Rationality has given way to instinct and intuition. Plus, it has been an immense joy to work with Shigeru Ban, an outstanding individual with a passion for craftsmanship, who was able to perfectly capture the essence of this incredible wine in a box that is the epitome of purity.” 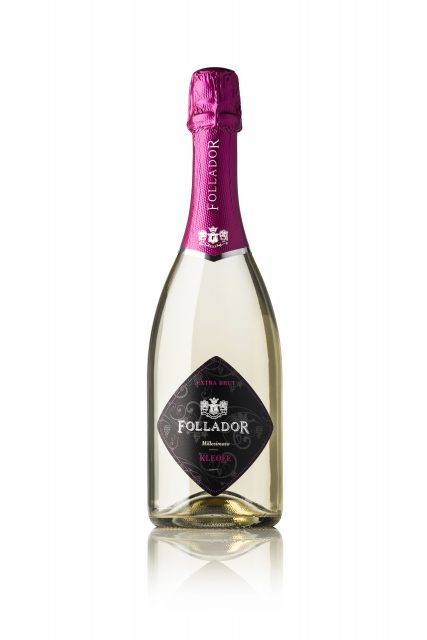 Follador has released a new Millesimato Prosecco in honour of Cleofe Follador – the mother of founder Gianfranco Follador.
Named Kleofe, the Millesimato Extra Brut is made using Follador’s cryomaceration technique, which allows it to use fewer sulphites than normally required in the winemaking process.

Follador’s Kyros system uses inert cryogenic gas to reduce the temperature of grapes, removing the air from crushed grapes and eliminating the unfavourable effects of oxygen on the wine in the pressing phase.

The method was introduced by Follador in 2015, and has since helped the producer to reduce the level of sulphites used in its wines by 30%.

In a statement, the family said: “Cleofe was a strong and voluptuous woman, endowed with an intuition that at that time was rarely recognised among women.

“It’s thanks to people like her that women today can be wives, mothers and entrepreneurs without one role diminishing the other. We like to imagine that today she would be proud to see how far her family has progressed.”

Kleofe is currently only available in the company’s home market of Italy, but will be rolled out in further markets in the future. 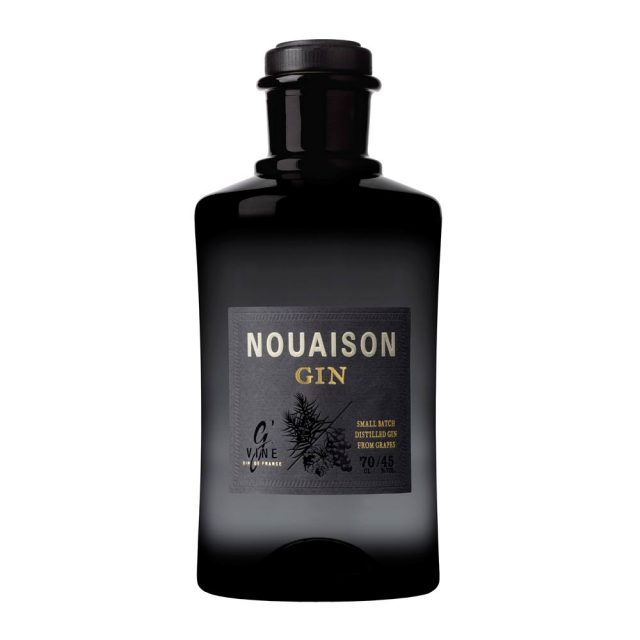 French spirits producer Maison Villevert has relaunched its G’Vine Nouaison Gin brand with a new recipe and bottle design. Described as “intensely aromatic yet smooth and round”, Nouaison gin is crafted from distilled grapes and 14 botanicals. The Cîroc vodka-maker aims to shake up the industry with the new expression by combining grapes with a “complex and spicy” profile.

Australia’s Accolade Wines has stepped into the spirits category for the first time with the launch of a flavoured vodka under its Echo Falls brand.

Following the success of its Fruit Fusions wine range, the brand has launched Echo Falls Summer Berries Vodka. The launch will be supported by a £5 million investment package over the next year.

“This launch pushes Echo Falls beyond the wine aisle and into a new area of growth and profit opportunity for the trade,” says Laurence Hinton, Echo Falls brand manager. “We have driven the fruit-infused wine market from £20,000 a year to more than £72m annually in three years, and we are confident that we will succeed in replicating this success in the flavoured vodka market with Echo Falls Vodka Summer Berries.” 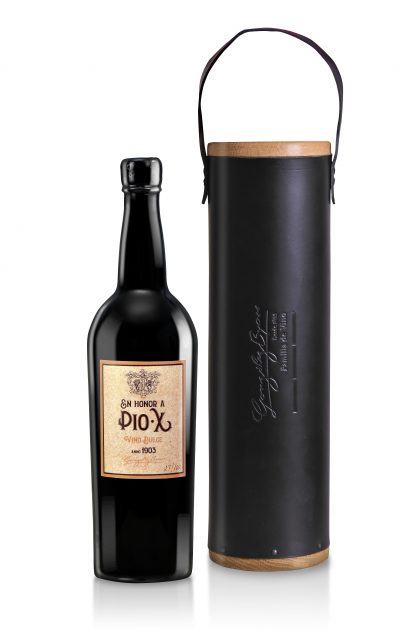 Sherry producer González Byass has released an extremely old and very limited edition Moscatel wine from the 19th century for £1,000 a bottle.
Just 100 bottles of Pio X – made from a very old wine from a barrel dedicated to Pope Pius X upon his election to the Holy See in 1903 – are to be released. The wine is believed to have been made in the 1850s or 1860s, pre-phylloxera, from Moscatel Menudo Blanco.

González Byass chairman, Mauricio González Gordon, whose great-grandfather laid down the wine, said: “Pio X shows remarkable vigour, despite its lengthy ageing in cask. It is well-balanced and has both astonishing freshness and complexity, with notes of dry figs, walnuts, tar, treacle, lacquer and coffee. It is a joy to drink.”

Until now, the two wines in the 19 Crimes portfolio had been red blends: 19 Crimes Red Wine, and The Banished. “In the past year, 19 Crimes has grown by 60% in volume sales and 70% in value,” said Kirstie McCosh, TWE marketing director for Europe. ”But we are always looking for the next stage in the male millennial journey with wine – we want to give them the opportunity to enjoy different wine experiences. The sweeter red blends bring consumers into the category and then they are keen to discover more. Single varietals are the next step.”

Featured on the bottles of the 19 Crimes portfolio are portraits of famous rogues sent to the penal colony of Australia in the 19th century. The Cabernet Sauvignon will feature Irish Fenian Michael Harrington, known for orchestrating The Catalpa Escape in 1876, when he and six others braved a typhoon in a tiny rowing boat to board an American whaling ship.

The Art in Whisky 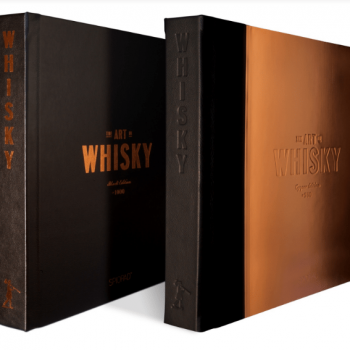 Spiorad Publishing will release the “ultimate” whisky connoisseur’s coffee table book, The Art In Whisky, in early December with two limited editions.
This unique photographic interpretation celebrates and illuminates one of the world’s most iconic spirits, as seen through the eyes of internationally acclaimed and award-winning photographer Jon Purcell.

From the grain to the bottle, and all points in between, you are taken on an odyssey from whisky’s Celtic spiritual home, across seas and continents to investigate production, look behind the scenes and meet the characters involved in crafting of this most enigmatic of spirits.

Each copy has been litho printed on the highest quality vellum uncoated paper, featuring a suite of luxurious finishes. The unique binding technique allows every page to lay completely flat, unencumbered by a gutter, no matter where the book is opened, making for a “truly cinematic viewing experience”.

The Copper Edition is limited to just 250 hand-numbered copies, with the 256 page, 350mm x 350mm x 65mm volume hand-bound in the finest leather and burnished copper, with debossed details.

“Presented in a bespoke, handcrafted, calfskin leather clamshell case with suede interior, the sum is a visual and tactile feast”.

In his hand-penned foreword, internationally renowned Master Distiller, Richard Paterson concludes: “this book should be part of every art lover and whisky connoisseur’s collection.”

To cater for demand the publishers have also released The Black Edition in tandem. Limited to 1,000 hand numbered copies, this volume is hand-bound in luxurious black leather and is presented in a matching felt lined slipcase.

Both versions will be available to buy from 4 December from spioradpublishing.com.

Lanson has unveiled its Noble Cuvée Brut and Blanc de Blancs from 2002, making it the last great maison in the region to release Champagnes from this vintage – widely regarded as the best vintage of the last decade.

Cellar master Hervé Dantan said that Lanson’s top expression always spends between 12 and 15 years maturing in bottles before release, adding that both the brut and blanc de blancs Noble Cuvées had been disgorged in June 2015, meaning that the Champagnes from the 2002 harvest have spent 12 years ageing on their lees, and almost 18 months off them.

“Noble Cuvée is a homage to finesse and saltiness, and the wines have to age for a long time; it is not about richness, but delicacy,” he began.“Because we are non-malo, we have to be patient, it would have been impossible for us to launch the Noble Cuvée 2002 before now.” 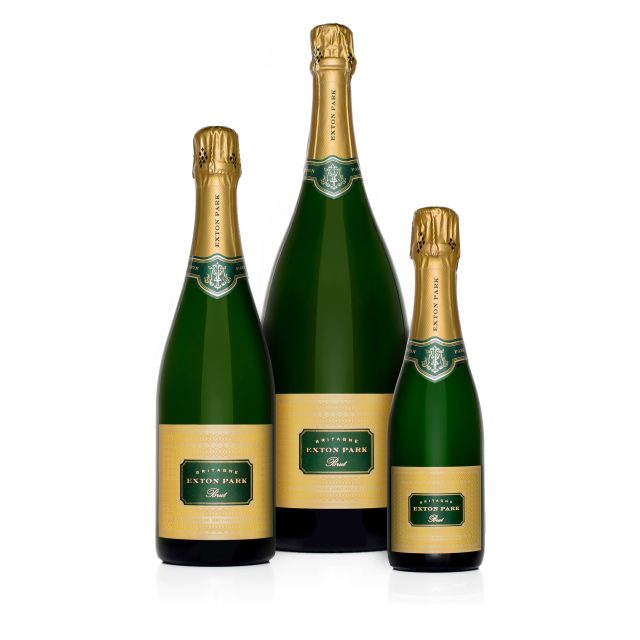 English sparkling wine producer Exton Park has completed the lineup of flagship Brut Reseve NV with the launch of a magnum, which joins its existing 75cl and 37.5cl half bottles. The Brut Reserve NV is a blend of wines from different plots and years, of approximately 60% Pinot Noir and 40% Chardonnay from the oldest vines at the top of the hill, where the chalk is most predominant.

Winemaker Corinne Seely describes the wine as: “crystal gold in colour, with citrus flavours and toasty undertones, as expected of Chardonnay, with a rounded and beautifully structured palate, and a long finish with notes of white pepper”.

“I have been working on these special magnums for some time, and I’m very excited to be able to release them at last,” Seely said, adding, “It is important to have one of our key sparkling wines available in a range of sizes, and for many different occasions. It also shows how Exton Park continues to innovate and to try out new ideas in this fast-developing category.” 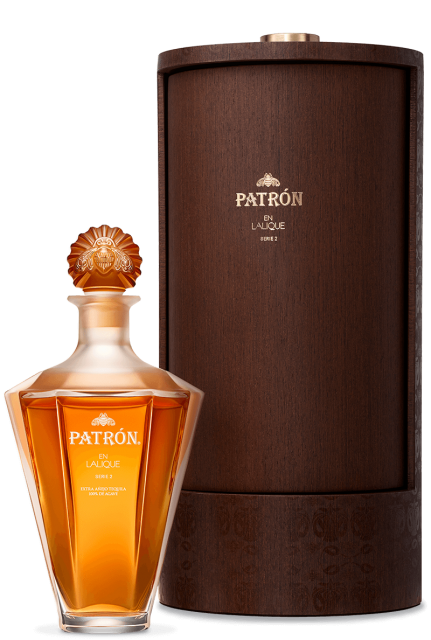 Taking high-end spirits to new heights, ultra-premium Tequila brand Patrón has just released the second edition of its über-luxury Lalique bottling. Dubbed Patrón en Lalique Serie 2, the release marks the second collaboration with Lalique – the jewel in the crown of France’s crystal industry. The first Lalique hook-up happened in 2015 with Lalique Serie 1, a bespoke, limited-edition crystal decanter inspired by René Lalique’s Art Nouveau style, which he pioneered in the late 19th century. In keeping with the evolution of Lalique’s style, the Serie 2 decanter pays homage to Lalique’s Art Deco design aesthetic and avant-garde vision, Lalique being one of the leading lights of the Art Deco movement in the 1920s.

“Both Patrón and Lalique are likeminded in our steadfast dedication and commitment to quality and craftsmanship. It’s what first brought us both together two years ago to create this first-of-its-kind collaboration, and those bonds are just as strong today as we introduce the second release in this groundbreaking series,” says Ed Brown, president and CEO of Patrón Spirits International.

Silvio Denz, chairman and CEO of Lalique, adds: “We are proud to partner with Patrón again on this second edition. Our two brands share strong and mutual values of creativity and artistry, both striving for uncompromising quality and excellence. Creating such an exceptional decanter is challenging and represents countless hours of work due to the finesse of the design. Our master craftsmen put all of their savoir-faire and passion into producing each bottle, signifying their unwavering commitment to mastery and beauty.”

Just 299 bottles of Patrón en Lalique: Serie 2 have been created at Lalique’s glass factory in Alsace, each one handmade and numbered. Each of the decanters are blown, pressed, fashioned, cut, engraved, polished then signed. Boasting a mixture of clear and frosted finishes, the Art Deco-inspired straight lines of the decanter mirror the shape of the spiky Weber Blue agave plant used to make Patrón, and are offset by a rounded amber crystal stopper featuring Patrón’s iconic bee emblem detailed in gold enamel. The bottle comes housed in an elegant display case.

Inside the decanter master distiller Francisco Alcaraz has created an “exceptional” blend of extra añejo Tequilas aged in French and American oak and old Sherry casks at the Hacienda Patrón distillery in the Highlands of Jalisco for at least seven years. According to Alcaraz, the expression has “a sweet aroma” of “apple, banana, pear, vanilla, light agave, raisins, and pecans”, while the finish is “long and pleasing, with notes of oak, agave, caramel and fruit.”