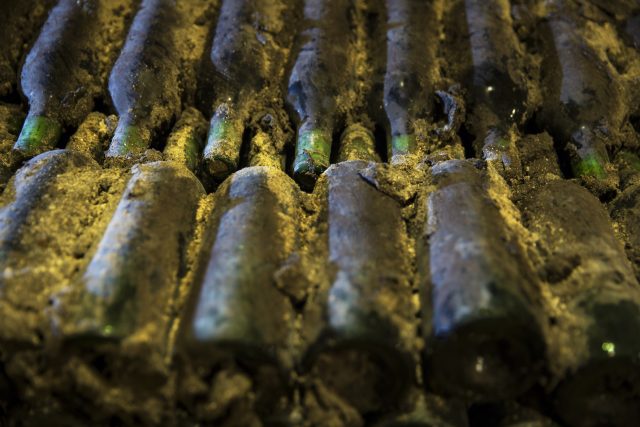 The rare Lebanese sweet fortified wine was sold as part of the non-governmental organisation (NGO) Human Rights Watch’s annual dinner at the Tower of London.

Author and wine expert Michael Karam hailed it as a “great night” for what he called “one of the most historically significant Lebanese wines still in existence.”

The NGO’s Lama Sioufi, commented: “The excitement was palpable. We had no idea what the bottle would sell for but it certainly captured the imagination of the bidders and it is clear proof that Lebanese wines from this period have a magical aura about them.

Originally made by the Jesuits who founded the winery, the wine is a blend of Grenache Blanc, Malvasia and Macabeo, fortified and then aged for six months in oak.

Only a few hundred bottles of Vin D’Or from the 1940s remain although a small consignment was released by the estate earlier this year and sold on allocation to merchants in New York, London, Hong Kong and Beirut.