Vodka: A tale of terroir

The damaged reputation of vodka has been restored at a dramatic pace. Having been derided as tasteless and boring in the wake of plummeting sales, there’s now a sense of optimism coming from both the craft and corporate spheres. By James Lawrence 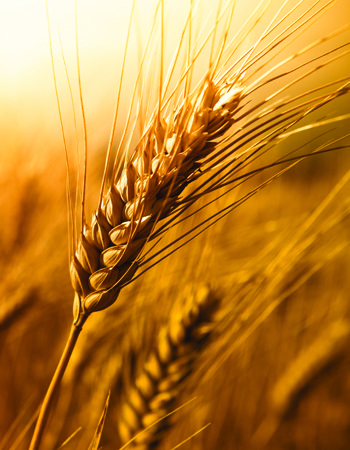 “Where once bartenders may have considered vodka an easy or lazy option as a cocktail base, they are beginning to see the purity and subtlety of super-premium vodka as an opportunity to demonstrate their highly-honed cocktail making skills,” enthuses Yann Marois, Grey Goose global vice-president and chief marketing officer.

“Vodka is now more popular than ever in Vienna, particularly when used in cocktails for our Viennese and international guests,” agrees leading bartender Lukas Hockmuth, of The RitzCarlton Vienna. Such enthusiasm is borne out by craft brands such as Chase, which reports a dramatic turnaround in the fortunes of vodka in the past five years.

“Sales have been quite exceptional, and we are really flattered by the kind support of all our customers. We are on track for a sustainable 65% growth year on year on our main lines,” says founder William Chase. Chase, like many others, is quick to attribute vodka’s resurgence to a heightened emphasis on its heritage and raw materials, an approach that stands in marked contrast to the design/ endorsement orientated marketing of big vodka brands.

It’s a discussion that has taken place for several years, and the common thread that ties together the marketing strategies of the craft and larger premium brands. Roman Park, managing director of Ellustria (new owner of the Snow Queen brand), says: “Consumers have become increasingly conscious about what they buy. Every market is having to premiumise themselves to appeal to consumers who are looking for only the best ingredients and highest quality products. This has forced Snow Queen and the wider spirits industry to switch its focus to higher-quality brands.”

Indeed, the switch of emphasis away from packaging and celebrity endorsement to the quality of its base ingredients was a PR masterstroke – perfectly timed to coincide with the global rise of social media and consumers’ growing interest in authentic brand stories.

“Vodka’s rebranding really goes back to the internet; everything is exposed now and the human race naturally wants to inquire and discover, from early explorers finding new countries to modern-day cocktail enthusiasts who want to learn about spirit production and develop their understanding,” agrees Chase. Yet while vodka is winning back the trust of bartenders and consumers, success often breeds complacency.

The category faces many challenges in the coming years, not least the renewed interest in Tequila, the meteoric rise of brown spirits and, of course, gin – the bartenders’ enduring pet.

Moreover, IWSR data indicates that volume fell slightly in 2016 to 461.3 million nine-litre cases, and according to analyst Konstanze Kugler, is predicted to fall again in 2017, thanks mainly to the continued slowdown in Russia’s vodka consumption. “Vodka finds itself in a critical moment; the marketing decisions taken over the next five years will have major consequences for the entire category,” argues Spiros Malandrakis, a senior drinks analyst at Euromonitor.

He continues: “Initially, turning the conversation around to ideas of provenance was used by brands to provide an antithesis to the bling image of vodka, and it has worked very well. However, if there is one truth in marketing, it’s that PR hates repetition – brands now need to move the conversation forward and engage in further discussion surrounding terroir, and its effect on flavour and texture, to maintain bartender and consumer interest. This is a fast-paced, aggressive and fickle market.”

Several key brands clearly share Malandrakis’ concerns, particularly upmarket labels such as Belvedere, Vestal and Grey Goose, all of which continue to make provenance central to their marketing strategies. Claire Smith-Warner, director of spirits education at Moët Hennessy, says: “Belvedere has been exploring terroir significantly for quite some time.

We’ve felt that rather than following suit in the category with flavours that taste like they come from a laboratory, we are planning to create something that further reinforces our commitment to producing dynamic vodkas of exceptional complexity and character.” “We have a range we’re looking to launch later this year that focuses on terroir.

The information is under embargo until October but I can tell you we are very excited about this concept and are looking to lead this conversation about terroir in the category,” she adds. Smith-Warner underlines the point that as the discussion surrounding vodka provenance moves forward, so too must the depth of the conversation concerning the relationship between vodka’s character and the terroir of the base ingredient. “In the beginning, our messages centred on communicating what made Polish rye so unique and characterful compared with other styles,” explains Smith-Warner.

“But now, especially as Poland is the only nation with a vodka appellation, it’s time to explore the different sub-regions and terroirs within Poland, and the resulting differences in style and character.” Moreover, in recent years, whiskey has made notions of terroir critical to its marketing messages, providing arguably the strongest evidence that vodka needs to continue to do the same.

> Bartenders who may have previously dismissed vodka are starting to appreciate the purity of super-premum expressions.
> William Chase of Chase Distillery, attributes vodka’s resurgence to a heightened emphasis on its heritage and raw materials.
> The category faces challenges, not least the renewed interest in Tequila, brown spirits and gin.
> Spiros Malandrakis of Euromonitor, says provenance was initially used by brands to provide an antithesis to the bling image of vodka.
> Poland is the only country with a vodka appellation and William Borrell, owner of Vestal, has conducted extensive experiments with potato varieties to determine which most suits a specific terroir.

Leading Poland-based brand Vestal understands this all too well. In recent years, owner William Borrell has conducted extensive experiments with potato varieties to determine which most suits a specific terroir. Consumers, of course, can taste the results for themselves, but, increasingly, Vestal stresses the importance of communicating this story, in some depth, to a global audience. “We have been talking about terroir in vodka since 2009; this has been a difficult message to convey to consumers but slowly Vestal’s reputation for quality vodka has been cemented in the minds of most bartenders and consumers.

“Today, our biggest growth market is France, which is surely thanks to their understanding of vintage and terroir, two of Vestal’s cornerstone beliefs,” argues Borrell. Water purity, and communicating its importance to consumers, is another hot topic. “Water makes up 60% for the final product, so its very important to the overall quality of the vodka,” notes Borrell. “We are very lucky to have unspoilt land and a natural spring, which makes our life a lot easier.”

Vestal’s labelling provides an additional talking point among craft brands – Borrell was one of the first to reference a vodka appellation – Pomorze – on his front label, with a detailed discussion about the unique properties of the base ingredient, and of course, its terroir. Yet Borell has also been highly critical of the lack of transparency in vodka and, as a direct consequence, the lack of consumer knowledge concerning which ingredients vodka actually contains.

“It’s a pretty confused world out there when it comes to vodka, and maybe that’s done deliberately. I’m pretty sure some of the largest-selling vodkas don’t want you to know what they are made of,” he said earlier this year. Meanwhile, Snow Queen continues to talk up its organic credentials – another popular selling point when marketing to health-conscious 21st century consumers. “The main way we convey the terroir message is by providing the consumer with a fully-certified organic product for our super-premium vodka,” says Roman Park. “This shows the lengths we have gone to, ensuring that only the very best product is poured out of our bottles.”

The message they’re broadcasting is clear: drink this and you get flavours drawn straight from the Scottish landscape,” says Malandrakis. “It’s an approach that more vodka brands should emulate, certainly in regard to their labelling.” Of course, no one is suggesting that vodka’s success can solely hinge on discussions about terroir, and it’s obvious that gin and brown spirits will remain enduringly trendy, whatever direction vodka takes.

But equally, vodka is not going to lure millennials away from gin with more faddy flavours and outlandish bottle designs, so quality and new angles – like the quality and style differentiation inherent to the concept of terroir – are key to driving sales. Leading brands needs to work more closely with bartenders to promote these features, along with the water purity message, as key points of difference.

“Our time is now – millennials are increasingly concerned where their products are sourced from. Take the recent craft coffee rise as an example of how consumers are seeking value in their purchase,” says Chase.

Victor Laiseca, manager and chief bartender at the Banker’s Bar in Barcelona, agrees: “There are so many exciting new developments competing for bartenders’ attention; vodka could get left behind. That’s why I think this terroir-focused message delving into how different sites affect the flavour and texture of the final product is essential. It provides some excitement and differentiation in a crowded market.” As it stands, vodka is still routinely criticised for lacking any formal categorisation that is now commonplace in the marketing messages of other spirits. The separation of vodka into ‘flavoured’ or ‘un-flavoured’ is all well and good, but it’s the romantic – and commercially exploitable – notions of terroir that will likely give vodka the credibility it desperately needs to stay relevant. Or, as William Chase so aptly says: “Most consumers today would never dream of buying a bottle of wine over £30 without knowing the vineyard, vines or perhaps winemaker. Why should our audience think any differently when choosing a bottle of spirits?”.

This article first appeared in the September edition of the drinks business.