French drinks producer Pernod Ricard has reported a stronger than expected performance for the first quarter, with organic sales rising by 5.7% driven by accelerating demand in China and the US. 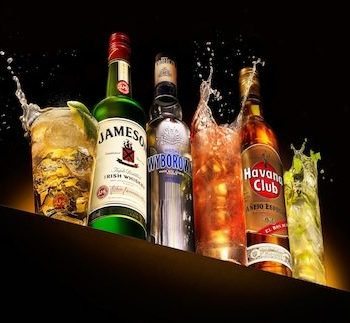 This growth was driven by “significant acceleration” of sales in Asia-RoW. Compared with the same period last year, sales in this region increased by 7%, with a strong Q1 in China and a rebound in Travel Retail and Africa Middle East.

In China, sales rose 15% in the quarter as growth accelerated in all product categories and notably demand for Martell Cognac. Chivas whisky also returned to growth.

In the Americas, sales increased by 6%, with “good performance” in USA and acceleration of Travel Retail channels throughout the continent.

In the US, sales rose 4%, driven by double-digit growth for Jameson whiskey, however Absolut vodka was still in decline in a competitive environment. Globally, Absolut volumes are are back to positive figures with a +2% growth over the last fiscal year, +6% outside the US.

The company also reported on “good overall growth” in Europe, which sale sales rise by 3%, which it attributed to “very strong” sales in Eastern Europe and a “modest” increase in Western Europe.

Germany and the UK performed well, offsetting a decline in France and a slow start in Spain.

In terms of its brands, the producer’s Strategic Local Brands grew +2% with Seagram’s Indian whiskies growth still subdued due to the highway ban but strong growth in tequila and gin.

Its strategic wine brands also had a very strong quarter at +8%, thanks mainly to its Campo Viejo brand.

“We have had a very good start to the year, with our growth accelerating and diversifying in terms of both markets and brands,” said Alexandre Ricard, chairman and chief executive officer.

“This is again testimony to the success of the strategic direction we adopted 2 years ago. In an environment that remains uncertain, we confirm our FY18 guidance of organic growth in Profit from Recurring Operations of between +3% and +5%. We will continue to implement our roadmap, in particular focusing on digital, innovation and operational excellence.”

Looking ahead, the producer forecast organic growth of between 3 and 5% for the full year to 2018, however cautioned that as the Chinese New Year was due on February 16, 2018, three weeks later than in 2017, this would negatively impact its second quarter.