A Danish brewer has collaborated with a Virginia-based brewery to create a fried chicken beer, brewed with pieces of real fried chicken. 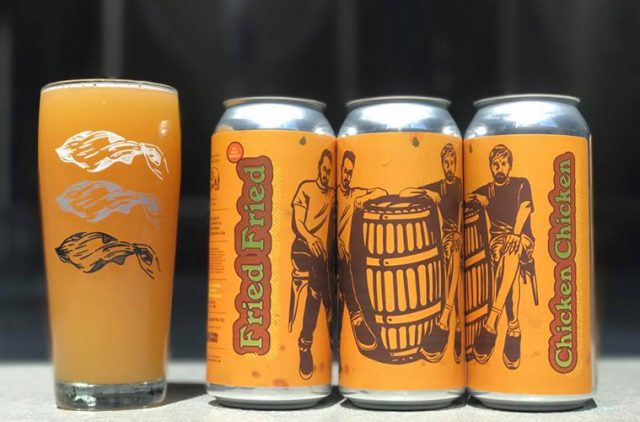 The 8% Imperial IPA is made with Enigma, Citra and Simcoe hops and brewed with real pieces of fried chicken.

“The idea came to us after eating a significant amount of fried chicken at various establishments in our beautiful city of Richmond,” the Veil Brewing Co. said on its Facebook page. “We actually put a VERY small amount of Fried Chicken in one of two of the mashes (less than 0.4% of the total weight of the mash contents).”

A video posted by Evil Twin on its Instagram account shows a bucket load of fried chicken being dropped into the brew.

However despite the addition of fried chicken, the brewer says the beer doesn’t actually taste “even remotely” like chicken, fried chicken fiends will be sad to hear. “If you think it does, you might want to go to the doctor bucko!” it added.

The limited edition brew is currently only available on draft at Veil’s tap room in Richmond, Virginia.

we told you chicken was the theme of the day 🐥🍗🐣🐤 #friedfriedchickenchicken