Trump overestimates the size of his winery

US president Donald Trump didn’t miss an opportunity to plug his Virginia winery, bragging that it was “one of the largest” in the country moments after a press conference held to denounce white supremacist violence in Charlottesville. 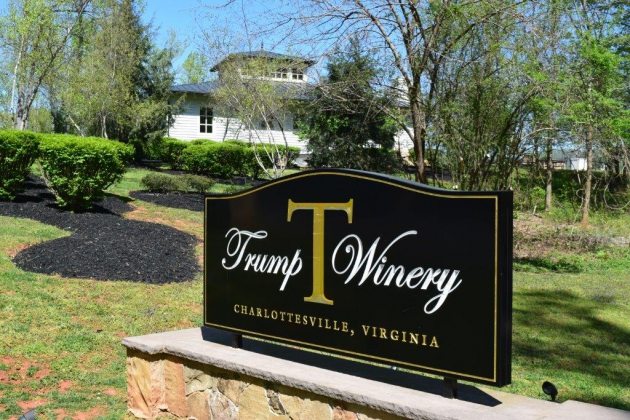 Trump made the comments following the conference on Tuesday to address the conflict in Charlottesville last weekend, which saw a rally attended by white supremacists and neo-nazis erupt into violence, resulting in the death of counter protester Heather Heyer.

While his comments were irrelevant and inappropriate, given the subject matter of the conference, the media have been quick to point out that they were not entirely accurate.

Donald Trump bought the winery in 2011, but it is run by his son Eric Trump. According to the winery’s own website: “Trump Winery is a registered trade name of Eric Trump Wine Manufacturing LLC, which is not owned, managed or affiliated with Donald J. Trump, The Trump Organization or any of their affiliates,” the disclaimer reads on the legal section of the website. Despite this, the winery is listed as part of the real estate portfolio of the Trump Organisation.

It’s also far from “one of the largest”  wineries in the US, and not even the largest in Virginia.

While Trump Winery does have the biggest area under vine in Virginia, at 210 acres, it produced about 36,000 cases of wine in 2016. In comparison, the nearby Williamsburg Winery and Chateau Morrisette make nearly 60,000 cases a year. Across the US, hundreds of US wineries produced significantly more wine than this.

Speaking to Huffington Post, Michael Kaiser, vice president of WineAmerica, the National Association of American Wines, explained: “When measuring winery size the question of acres under the vine is not taken into consideration.