Eran Pick is the first Master of Wine from Israel, having gained the famously-difficult qualification in 2016. He was born in Kfar Sava, and currently lives in Tel Aviv with his wife and three children. Having served in an elite unit in the Israeli army, Eran learnt the basics of winemaking over two years from 2004 at wineries in California, the Barossa and Bordeaux, before graduating from UC Davis in Viticulture and Enology with ‘Highest Honors’ in 2006. Since then he has worked as a winemaker at Tzora Vineyards in the Judean Hills, and he is one of the founder members of The Judean Hills Quartet, which unites the marketing of four distinctive and high-quality Israeli wineries: Domaine du Castel, Sphera, Flam and Tzora. 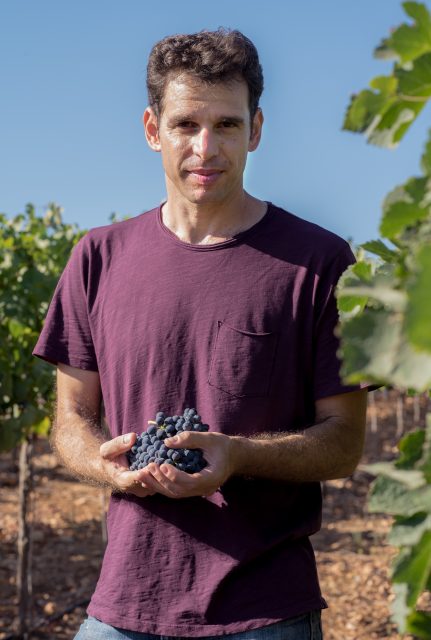 What is your idea of perfect happiness?
To find greatness in unexpected places, such as in a bottle of an aged Crozes-Hermitage.

What is your greatest fear?
Getting bored of wine.

Who do you most admire?
Jean-Claude Berrouet, such a knowledgeable and modest man.

What is your greatest extravagance?
Sleeping in and Champagne Vilmart.

What is your current state of mind?
Anxiety; harvest is near.

What is the quality you most like in a woman?
Elegance.

Which words or phrases do you most overuse?
No.

What or who is the greatest love of your life?
Michal my wife and my three children.

When and where were you happiest?
2006, when I was an intern during harvest time at Torbreck in the Barossa. Australia has something special: a healthy tension between seriousness and silliness.

Which talent would you most like to have?
To be able to learn languages easily.

If you could change one thing about yourself, what would it be?
I would love to be calmer.

What do you consider your greatest achievement?
Making the decision to apply to U.C. Davis Viticulture & Enology programme, which was not an obvious move for me back then.

Where would you most like to live?
San Francisco: it combines city life and nature in one place.

What is your most treasured possession?
I don’t have one.

What is your most marked characteristic?
I can forecast the past quite easily.

Who are your favorite writers?
Romain Gary and Franz Kafka.

Who is your hero of fiction?
Emile Ajar.

What is it that you most dislike?
In wine, the misuse of the term ‘natural’, for example, ‘Natural wine, Natural yeast’ etc.

What is your greatest regret?
Not learning French.

What is your motto?
Build something real.

Who would be your ideal dinner party guests and what wines would you serve them?
Richard Feynman, Woody Allen and David Ben-Gurion, and I would serve them grower Champagnes from Vilmart and Larmandier-Bernier.