Diageo’s shares rose by 5.5% this morning after the drinks producer announced a £1.5 billion share buy-back programme off the back of its end of year results, reporting 15% increase in net sales to £12.1 billion. 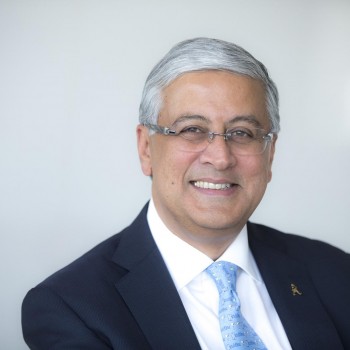 Releasing its preliminary end of year results to 30 June 2017 today, the world’s largest spirits producer reported net sales of £12.1 billion, up by 15% on the previous year, “driven by favourable exchange and organic net sales growth”, with organic growth of 4.3%.

Operating profit grew by 25% to £3.6 billion, with organic growth of 5.5% “driven by good progress on productivity partially offset by implementation costs and one-off items.”

The company also raised its margin forecast from 100bps to 175bps for the full year, sending shares in the company upward by 5.5% to a record £23.90 this morning.

Free cash flow stands at £2.7 billion, increasing by £566 million compared to the prior year, with net cash from operating activities up £584 million to £3.1 billion.

The company also said it expected organic net sales growth to continue over the next three years, ending 30 June 2019. In the past year, organic growth of net sales was achieved in all of its territories, with Latin America and the Caribbean seeing a 9% uplift in net sales.

“Diageo is a strong company today and we are confident in our ability to deliver sustainable growth,” said Ivan Menezes, Diageo chief executive. “We are raising our productivity goal to £700 million with two thirds being reinvested in the business. We continue to expect mid-single digit top line growth, and we are raising our operating margin expansion objective to 175bps over the three years ending 30 June 2019.

“Following three years of consistently improving cash flow generation the Board has approved a share buy-back programme of up to £1.5 billion in F18.”

Earlier this year Diageo bought Casamigos, the Tequila brand co-founded by Hollywood heartthrob George Clooney, for up to $1 billion as part of its push to gain from the growth in super premium Tequila.

This transaction is expected to complete in the second half of this year, with the deal not impacting these results.

The most significant disposals for Diageo in the past financial year have been the sale of its Desnoes & Geddes Limited beer business based in Jamaica and the group’s wine businesses in the United States and UK to Treasury as part of its continued focus on sprits.

These disposals contributed to a year-on-year net impact on sales of £282 million and £43 million on operating profit.

“Our performance demonstrates the effective delivery of our strategy through disciplined execution of our six priorities put in place four years ago,” added Menezes. “We have delivered consistent strong performance improvement across all regions and I am pleased with progress in our focus areas of US Spirits, scotch and India.

“Our productivity work is delivering ahead of expectations allowing us to reinvest in our brands, drive margin improvement and generate consistent strong cash flow. Through productivity we have embedded an everyday efficiency mind set in the business and with improved data and insight we are making faster, smarter decisions on investment choices.”