Miguel A Torres given Lifetime Achievement Award by db and IMW

Miguel A Torres has been named as the recipient of the 2017 Lifetime Achievement Award by the Institute of Masters of Wine and the drinks business. 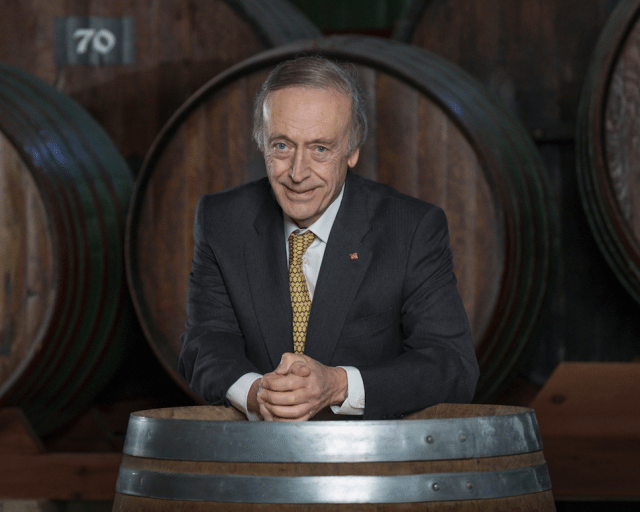 Torres was given the award at a ceremony at Vinexpo in Bordeaux at lunchtime today where members of the wine industry gathered to honour his lifelong contribution to the trade.

The award recognises an outstanding and inspirational figure in the world of wine whose enduring contribution spans a whole career, and has previously been presented at Vinexpo Bordeaux to Robert Mondavi (2005), Marchese Piero Antinori (2007), Jean-Michel Cazes (2011) Baroness Philippine de Rothschild (2013), and Hugh Johnson OBE (2015).

Introduced by Patrick Schmitt MW, editor-in-chief of the drinks business and presented by Jane Masters MW, chairman of the Institute of Masters of Wine, Miguel was delighted to receive the recognition.

Commenting after the announcement was made, and following a lengthy applause, he said, “I am of course extremely proud and honoured, and would like to thank the Institute of Masters of Wine – the chairman, the IMW team, the drinks business  and of course all Masters of Wine – for this Lifetime Achievement Award.

“I especially would like to highlight the extraordinary work, effort and dedication of our worldwide Torres team and my family. They all actually made it possible where we stand today as a winery. But allow me to give a very special thank you to my wife Waltraud, who helped build our winery (and the German market!) and raise our three children – Anna, Mireia and Miguel – and of course my sister Marimar and my brother Juan-Maria.”

Born in Barcelona in 1941, Miguel A. Torres is the second son of Miguel Torres Carbó and Margarita Riera.

In 1962, he joined the family business, and currently serves as the president of the company.

In addition to English and French, he speaks an acceptable German and has also studied Japanese and Russian for several years.

He has written several books, the most recognized being “Vineyards and Wines” which was published in 1977 and which is now in its seventh revised and updated edition, available in Spanish and English.

In 1996, he was honoured by the Chilean government with the Grand Official of the Order of Bernardo O’Higgins, in recognition of his services to improve the relations between Spain and Chile, as well as for his contribution to the wine sector development of this south American country.

In 2012 Miguel A. Torres received the Order of the Lion of Finland, the highest decoration the Finnish government can grant to a foreigner.

His concern for climate change and ecology has been recognized internationally, including by the drinks business, which honoured him at The Drinks Business Green Awards in 2011.

In May 2013 Miguel A. Torres received the Golden Plaque of the Civil Order of the Agricultural, Fishing and Food Merit (Placa de Oro de la Orden Civil del Mérito Agrario, Pesquero y Alimentario), awarded by the Council of Ministers of Spain.

He has 3 children, Anna, Mireia and Miguel.