California wine sales in the US hit record $34.1 billion

The value of California wine shipments to the US market hit $34.1 billion in 2016, up 4.6% on the previous year and a record for the golden state’s winemakers. 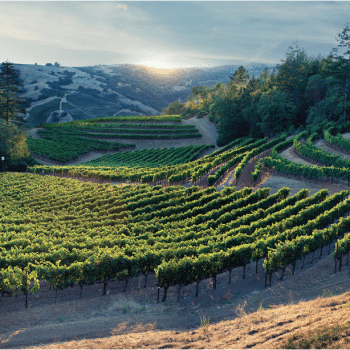 The volume of shipments also increased by 2%, shipping an all-time high of 238 million cases to the US, as reported by the Wine Institute.

Much of this growth has been driven by an increase in population and a growing taste for wine among millennials, says Jon Moramarco, founder and managing partner of BW166, who purchased The Gomberg-Fredrikson Report last year.

“The growth trend has been driven by population, which is up more than 12% over the last decade, and by the fact that baby boomers, traditionally the large population segment of frequent wine consumers, have been joined by millennials aged 21-38 who are also driving the growth in wine consumption,” he said.

Moramarco pointed to the consolidation of both major retailers and distributors as a major trend in the US market, which is creating “fierce competition and crowded sales channels”.

Consequently, many wineries are targeting niche sales channels, such as tasting rooms and direct-to-consumer sales, which have now reached more than 4% of the total volume.

A trend toward premiumisation is also growing, with California wines sold at $10 and above showing growth, accounting for 19% of the volume and 40% value, whereas wines under $10 are flat or down, but still holding 81% share of volumes and 60% of the revenues. Access to wines in the US is also improving, says Nielsen, with the number of on- and off-premises up by around 120,000 compared with a decade ago.

“Consumers are finding more in store restaurants and bars and also wine service in less traditional locations such as bookstores, nail salons, coffee shops and movie theatres, even car wash and car repair shops,” said Danny Brager, senior vice president of Nielsen’s beverage alcohol practice area. “Wine is a growing category, and it is being offered in new and different venues, as well as interesting, alternative packaging vehicles, such as cans, single-serve containers, premium boxes and wines on tap.”

Wine shipments to the US from all production sources — California, other states and foreign producers — grew to 399 million cases, up 3% from 2015, with an estimated retail value of nearly $60 billion. California’s 238 million cases shipped within the US in 2016 represent a 60% share of the US wine market.