The Prosecco DOC Consortium is set to ramp up its comms in the US market, as it opens a new office in New York. 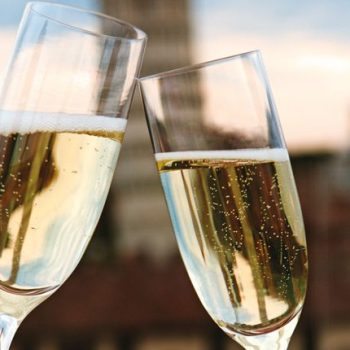 The new Casa Prosecco DOC USA in New York will be run by fine wine and spirits PR agency Colangelo & Partners and operate from the New York US headquarters.

The US is the second largest importer of Prosecco in the world, after the UK, and has seen sales rise 20% annually since 2013, the DOC Consortium said – but the President of the Prosecco DOC Consortium Stefano Zanette said there was even more potential for growth.

“The US market has been a huge champion of Prosecco, continually affirming that the American public knows how to appreciate the quality and affordable prices of our wines,” Zanette said.

“Despite the fact that the US represents more than 20% of all Prosecco exports, we believe that there is still enormous growth potential. It is no coincidence that the US market is our first priority, and we allocate more resources there for promotional, professional, and educational activities than in any other market.”

The move follows the establishment of a Chinese Casa Prosecco in Xi’An in March 2016, followed by an office in Hamburg, which was announced at ProWein.

Colangelo & Partners, who will become the main point of contact for the US market, focusing on “promoting and protecting the reputation and authenticity” of the Italian fizz, that it claims is not clearly understood. It will communicate the message that Prosecco only comes from nine specific provinces of the Veneto and Friuli Venezia Giulia regions of Italy.

“We first started promoting Prosecco in the very early days of its development in the US,” Gino Colangelo, president of Colangelo & Partners said. “We’re proud to see the continued growth of this special wine, and determined to contribute to its continued success.”