Groupon has launched a fizz flavoured nail polish, the latest and perhaps most peculiar addition to the long list of Prosecco themed paraphernalia. 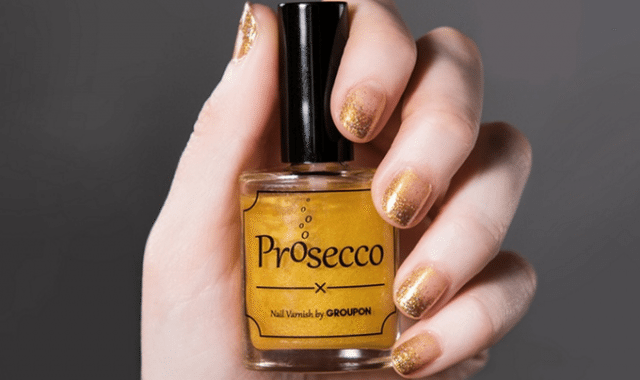 Jon Wilson, managing director of Groupon UK, explained that the creation of the product was inspired by the popularity of both Prosecco and manicures.

“Manicures in particular are a popular activity for mums and daughters to do together, so creating something that combined both of these things ahead of Mother’s Day seemed like a brilliant and novel idea.”

Prosecco Polish is not available for direct purchase, however, those wishing to douse their nails in the lick-able lustre can enter the prize draw and cross their fingers that they get lucky.

If, after that, you still feel like sucking your fingers, the Italian fizz flavoured varnish is reputed to taste exactly like Prosecco and comes with the assurance that it contains no calories. Guilt free nail biting guaranteed.