‘Oak is only good for making tables’

Wines that taste of oak have no place in Burgundy, believes Marco Caschera, commercial director for Meursault-based domaine, Vincent Girardin. 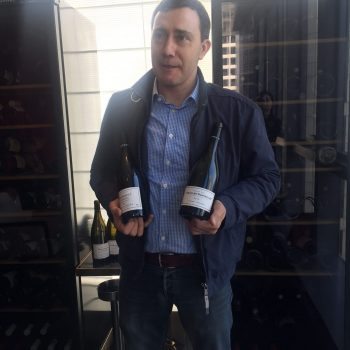 “Wine should be the mirror of the terroir,” announced Marco Caschera while on a fleeting visit to Hong Kong to present a selection of whites from the 2015 vintage and three from 2012.

2015 was a cool but sunny vintage which led to the estate picking three weeks early and produced wines that Caschera describes as “natural and without makeup”.

“There is a great purity of fruit, excellent acidity and high ageing potential. The wines are complex and elegant – the style of the future,” he said.

“We have changed our style quite a bit since then,” said Caschera, referring to the minimal intervention philosophy now adopted by Vincent Girardin and winemaker, Eric Germain.

“Before 2007 we were making American wine in Burgundy and it was ridiculous but at the time people liked the oaky, rich styles. All our wines are hand harvested and our costs are 25% higher but the wines have more identity now.

The white wines of Vincent Girardin typically spend around 14-16 months in 15% new oak, results in wines with pure fruit expressions.

“Yes you can taste butter and vanilla but you can’t taste oak. Tropical fruit is also a mistake, as it’s the oxidation of the must.

“Oak is only good for making tables and chairs. If you taste oak it’s the winemaker’s fault. Even if the wine has been aged in barrel you should only be able to taste the fruit.”

“All work should be done in the vineyard and not in the winery. It should just be about the soil.”

“These wines have such structure and complexity they need decanting,” continued Caschera.

“Not decanting Burgundy whites is like making love but being full dressed! You can’t just dive in, you need to take your time.”

Some of Vincent Girardin’s vines in the lieu-dit vineyards Les Narvaux of Meursault are up to 55 years old with Girardin and Eric Germain’s gentle approaches matching the “ageing beauties.”

“We are just custodians of the soil, and we will look after it until we die. It will still be there when we are gone and we need to be humble about it and not take it for granted.”