The Labruyère family has added a Champagne to its portfolio and intends to produce wines made only from individual crus. 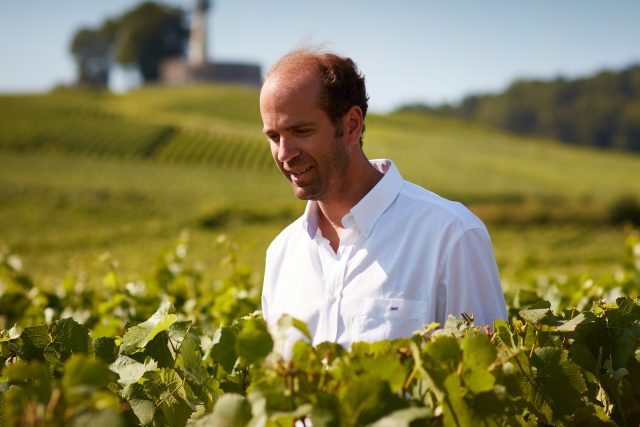 The Labruyère family owns a well-known estate in Moulin-a-Vent, Château Rouget in Pomerol and is the majority shareholder in Domaine Jacques Prieur in Meursault.

At the launch in London yesterday (23 February), Edouard Labuyère (pictured) explained that he had acquired two small estates in Verzenay between 2010 and 2012. Both producers had previously sold the grapes from their grand cru sites to Dom Pérignon.

Labruyère explained he had been looking for somewhere to buy in Champagne for quite some time. “It took eight years to find a good location with a mix between Pinot Noir and Chardonnay. I found a great site in the Côte des Blancs but it was only Chardonnay and I missed the ‘other’ part of myself.”

Having finally secured his sites in Verzenay, he continued that he and head winemaker Nadine Gublin had taken a Burgundian approach to how the wine would be made, both in the vineyard and, to an extent, in the cellar.

On the other hand, Labruyère stressed that he was not out to make, “a Burgundy wine in Champagne but to implement what we have learned through seven generations.”

The main approach, and one that is becoming increasingly common among grower Champagnes, is that the wines are each produced (almost) exclusively from one cru to create, as he said, an “expression” or “interpretation” of the terroir.

Labruyère explained he that he found the ‘mosaic’ of the terroir in Verzenay, which includes clay, chalk and limestone, exceptionally complex.

He added that as some 85% of the vineyards in Verzenay are “controlled by the big houses, [there’s] very little idea of what the terroir is. “It deserves somebody to say ‘look, this is why Verzenay is a grand cru’.”

The range currently includes three wines: ‘Prologue’ the main wine which is 70% Pinot Noir and 30% Chardonnay; ‘Page Blanche’ a blanc de blancs and ‘Anthologie’ which is a rosé made up of ‘Prologue’ blended with red wine sourced from a grower in Bouzy.

All the wines are made solely from grand cru-grown grapes.

Labruyère also said he had recently acquired one hectare in Verzy and would soon be buying 1.5ha in Chouilly. Each site, again, will be used to make a single cru wine.

Currently his holdings in Verzenay amount to around 7ha although he said he hoped that, with plots in other areas, he would eventually expand to 15ha overall. The first release is based on the 2012 vintage and although Prologue was made more like a vintage, the wine being 90% produced from 2012 fruit, a very small proportion of 2010 and 2011 had also been added.