Sandeman is rolling out new clear bottles for its tawny Port range in the first step to boost the ‘under-appreciated’ category and get people drinking it outside its traditional post-dinner and Christmas slots. 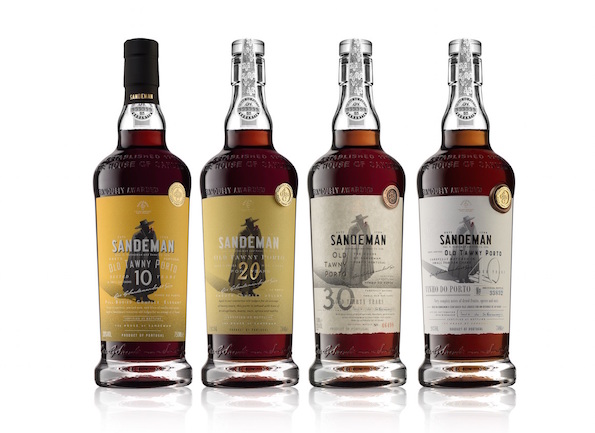 The company has worked with design specialists Stranger & Stranger on the new look, which has taken 18 months from conception to roll out. It has moved to clear bottles for the aged tawnies in order to show the evolution of the liquid as it ages, with the 20-year old and older Ports also using Vinolok closures to ensure a cleaner, more premium look. The labels draw on historic imagery and typography from the Port house’s archives and includes its well-known Sandeman ‘Don’ on the bottle.

Sogrape’s marketing manager Rupert Lovie said the new bottles would be “disruptive” and had been designed to shake up the category from a packaging point-of-view.

“Sandeman is at the fore-front of the category and we wanted to communicate its higher pedigree,” he said. “We want to encourage people to think about Port in a different way. Aged tawnies are our strong suit and are highly versatile but under-appreciated in the UK.”

The new look, which is targeting the premium off-trade, specialist independents and the on-trade, will be rolled out across the entire portfolio in 2017, although its ruby Ports will continue to be bottled in dark glass.

Lovie said aged tawnies represented a 5% share of the overall Port category but were growing at around 30%, according to figures released by the Port and Douro Wine Institute (IVDP), compared with the overall volume growth of the category of 1%.

“They are the biggest success in the Port category, so we are not disregarding the rubies but looking at that 5% and seeing the potential for further growth, as well as the opportunity to bring younger people into the category.

“We want to try to get people to think about port in a different way, and see its versatility,” he added.

Sogrape UK’s new managing director Gonçalo Sousa Machado said education was key to boosting consumer awareness of the drinks’s versatility, and the company was keen to tap into the buzz around successful drinks such as gin and craft beers through new serves such as using port as an chilled aperitif, over ice or in a cocktail.

It is planning an on-trade focused drive to boost awareness among the trade next years, which is likely to include working with distributors, sommeliers and bar-tenders, with a cocktail competition for the trade next year. He pointed to the successful pop-up Port cocktail bar, which was held in a shipping container in Porto, saying he was keen to bring activities to the UK that would engage consumers in a different way.

Starting in the on-trade was the way to build momentum, he said, noting that the off-trade presented more of challenge, partly as the category needs to “disengage” the public’s perception of port as a seasonal product. This was likely to prove a longer-term project and investment.