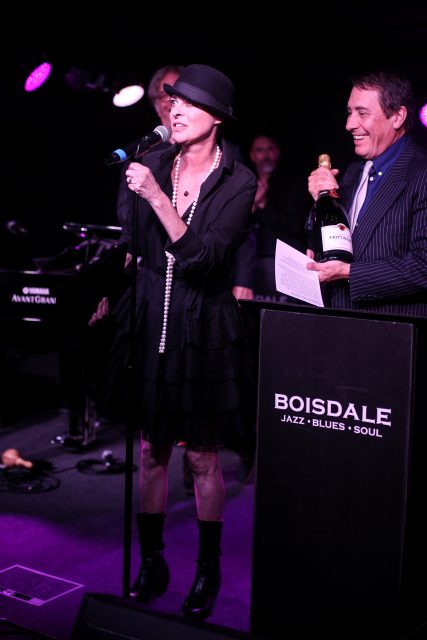 Singer Lisa Stansfield picked up an award for Outstanding Contribution to British Music at the first ever Boisdale Jazz Blues and Soul Awards. Jools Holland hosted the event, held at the Boisdale jazz club in Canary Wharf, while Taittinger were on hand to provide the fizz. Taittinger hosted a Champagne reception for guests, while all award winners received a magnum of its Champagne. 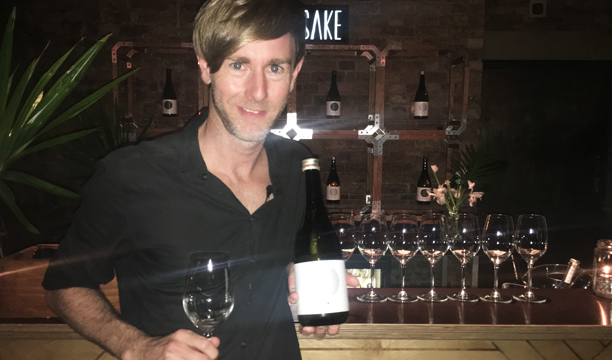 A special menu was crafted by The Palomar to complement Hawtin’s boutique sake collection, Enter.Sake, which will now be made available in both in the on- and off-trade in the UK.

Joseph and Rupert Berkmann, of Berkmann Wine Cellars, received the Giorgio Boscaini Plaque at the International Masi Awards in Verona on Saturday in recognition of the company’s fifteen-year relationship with the Italian producer. The plaque is named after Giorgio Boscaini, a sixth generation member of the family. The Masi Awards, which seek to celebrate the identity of the Veneto, now in its 35th year. 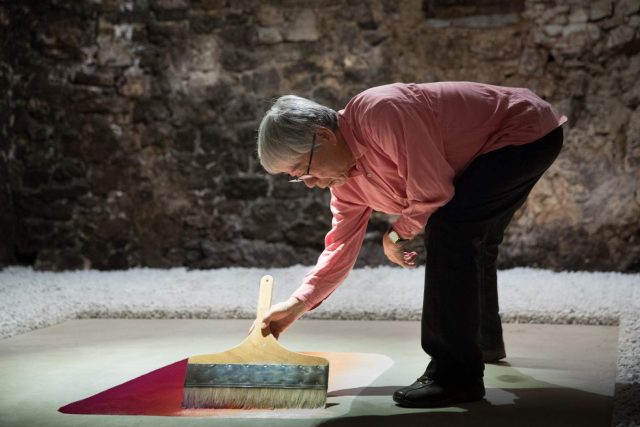 While the harvest swings into action in Chianti Classico, South Korean artist Lee Ufan puts the finishing touches on a new work commissioned by Philip Larratt-Smith of Castello di Ama. Entitled Topos (Excavated), the piece was created especially for the cellar following Ufan’s visit to the estate.
You may recognise Ufan’s signature style – last year he put his hand to the 2013 label of Château Mouton Rothschild featuring  a simple square that begins a pinkish purple and deepens in colour from left to right to a rich ruby red. 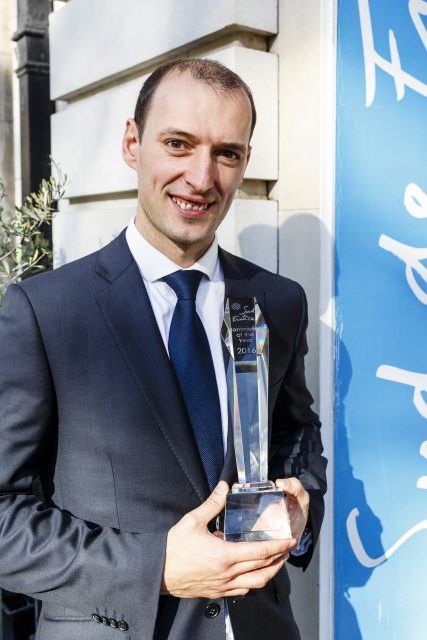 Valentin Radosav, head sommelier at Michelin-starred Gymkhana in London’s Mayfair, was named the winner of the 2016 Sud de France Sommelier Competition. Rodosav was announced as the winner of the competition following a final event which took place on 4 October at the Maison de la Région Occitanie/Pyrénées – Méditerranée in central London. The competition, now in its eighth year, was created to find the most knowledgeable sommelier on Sud de France wines in the UK. 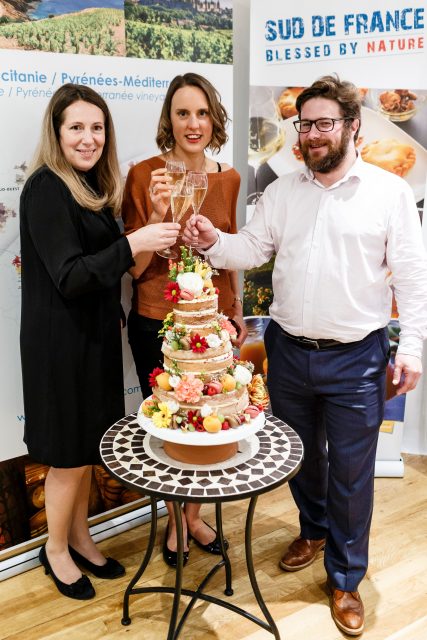 In further Sud de France news this week, the marketing organisation celebrated its 10th birthday with a party at its UK HQ in Cavendish Square in central London.

The occasion, attended by leading members of the UK wine trade and lifestyle media, was marked by the presentation of a birthday cake baked by Frances Quinn, 2013 winner of theGreat British Bake Off – pictured here between Isabelle Kanaan, executive director of Sud de France, and Sébastien du Boullay, the organisation’s promotions manager.

Kanaan used the occasion of the anniversary celebrations to formally announce the extension of the brand to include products from the newly created ‘Occitanie’ region. The new region combines the Languedoc-Roussillon and the neighbouring Midi-Pyrénées region and was established to enhance the economic potential of the two regions and to reduce administration.

This beautiful autumnal scene was snapped in Santa Rita’s vineyard in Marchigue, Chile. The producer has just launched a new autumn promotional campaign for their brands in the Republic of Ireland. The campaign will see its Santa Rita 120 brand adverts aired during popular prime time dramas including Homeland and The Good Wife through a strategic alliance with Irish national TV Company RTÉ. 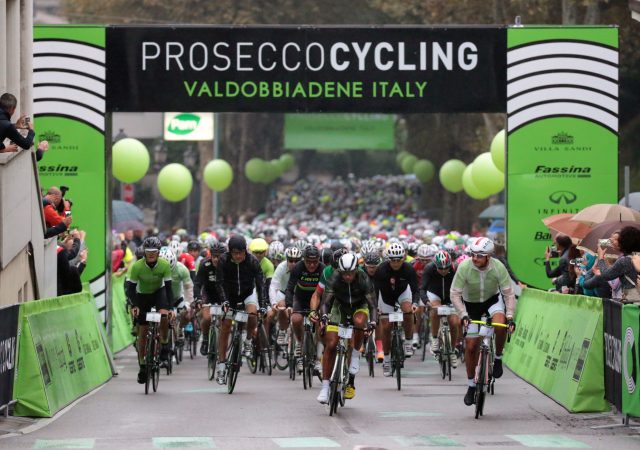 Over 2,000 people took part in a cycling race in Prosecco country this week, which ended in the centre of Valdobbiadene after a taxing 95km ride up the region’s steep slopes.

Wearing the number one jersey was Villa Sandi’s owner Giancarlo Moretti Polegato. Cyclists from all over the world took part in the race, including the US, UK and Canada. 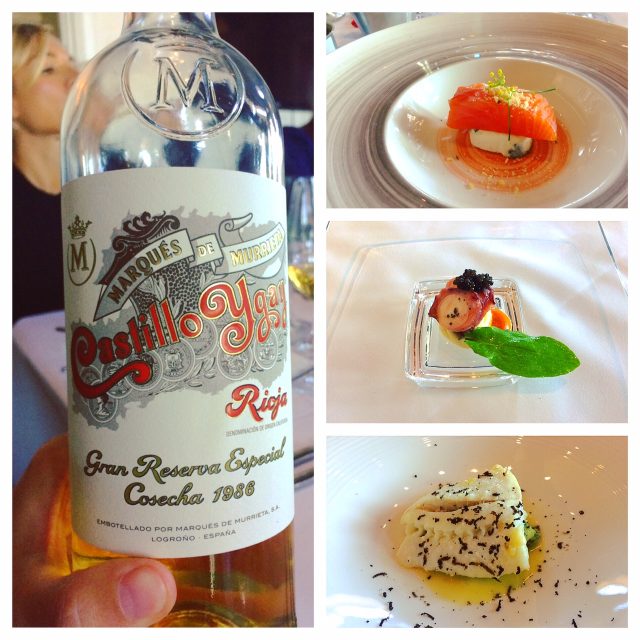 The rewards of patience were proven this week at a lavish lunch at the St Pancras Clock Tower to celebrate the launch of Castillo Ygay Blanco 1986. In honour of the release – just the 11th white the estate has released since it was founded in 1852, Roger Jones of The Harrow at Little Bedwyn whipped up a fishy feast that included smoked salmon and goat’s cheese, octopus and caviar and turbot and black truffle in a chicken broth.

Just 8,000 bottles of the wine have been released, with the UK receiving a mere 500. Represented in the UK by MMD, a bottle will set you back £450. 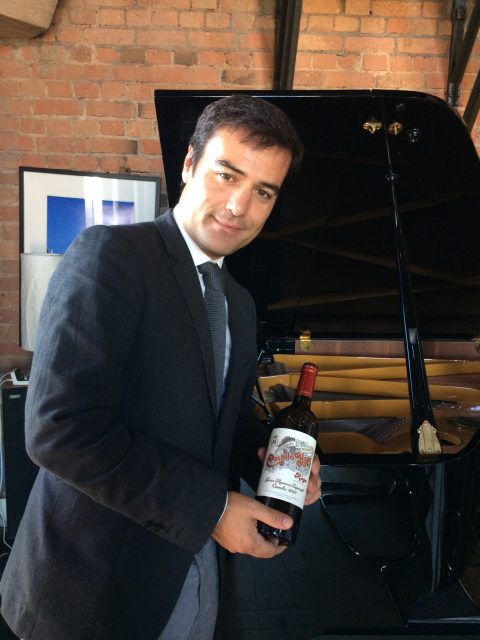 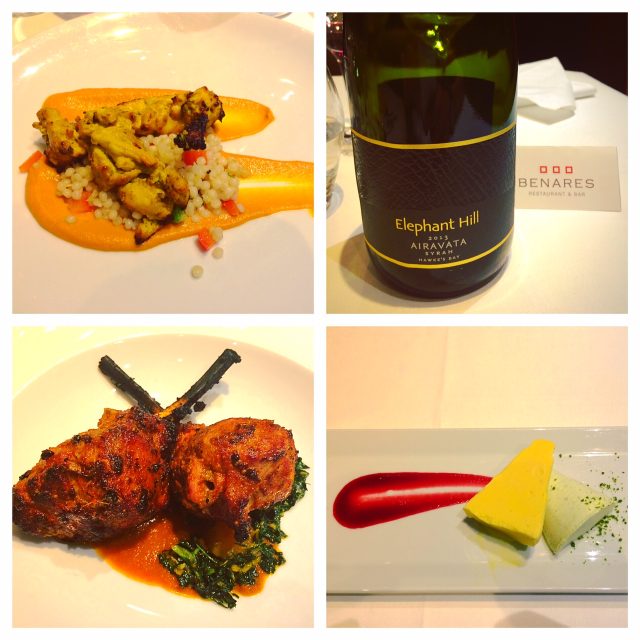 Continuing the indulgence, we ended the day at Benares at decadent dinner hosted by Hawke’s Bay Syrah specialist Elephant Hill at Atul Kochar’s Michelin-starred Indian restaurant Benares in Mayfair, where we were treated to smokey lamb cutlets in a rogan jus, creamy mango and pistachio kulfi and tandoor grilled poussin that was so tender we nearly wept. 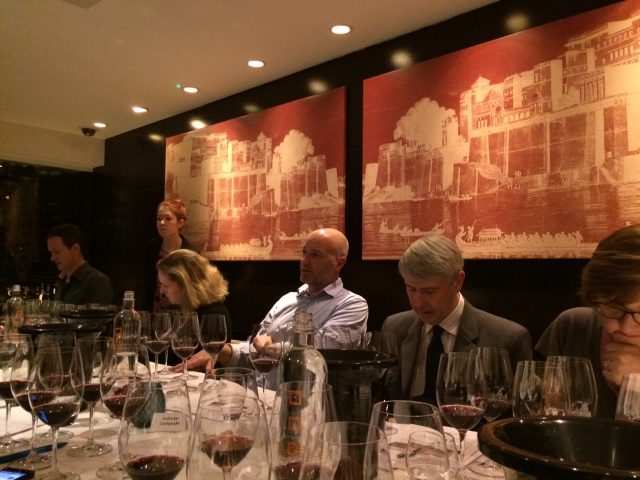 Keen to show how Hawke’s Bay Syrah can compete with the best in the world, Elephant Hill’s chief winemaker Steve Skinner pitted his wines against Rhône heavyweights like Chapoutier in a fascinating tasting that highlighted the elegance, finesse, savouriness and spice Hawke’s Bay Syrah offers. 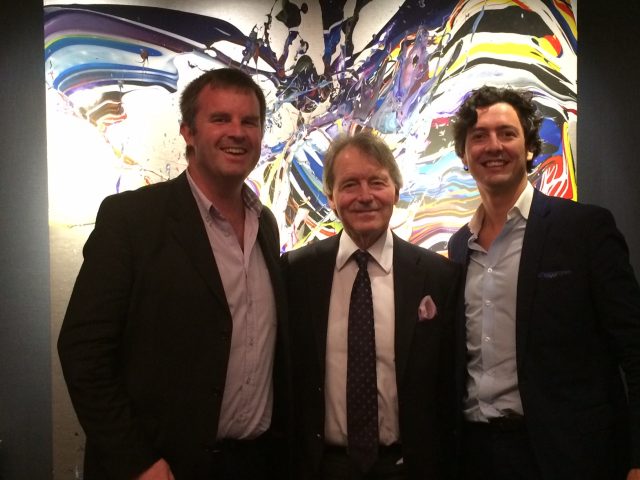 Also in town this week was Glenelly’s chief winemaker Luke O’Cuinneagain, who hosted a lunch at 67 Pall Mall with Arthur de Lencquesaing, grandson of Glenelly’s owner, May Eliane de Lencquesaing, herself the former owner of Château Pichon Longueville Comtesse de Lalande. Among the wine writers in attendance was an ebullient Steven Spurrier. 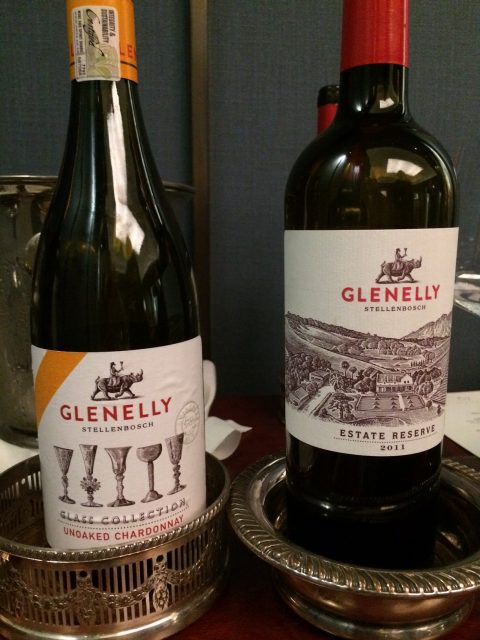 Amid lavish lobster thermidor tarts and hearty venison, we tasted through recent vintages from the Stellenbosch estate including its newest addition – a 100% Cabernet Franc, top red Lady May, and an oaked and unbaked Chardonnay. We were also treated to a dreamy glass of Pichon Lalande 2011. 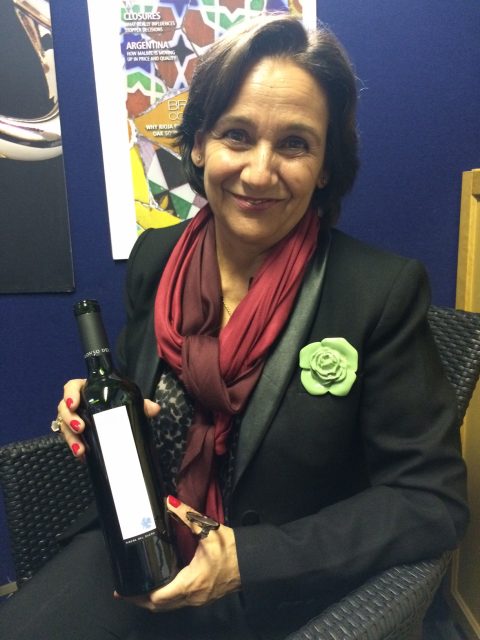 María del Yerro, co-founder of Ribera del Duero estate Alonso del Yerro swung by db towers this week for a tutored tasting of her wines. Having bought 26 hectares in Ribera in 2002, five years later del Yerro snapped up a further 9 hectares in Toro, where she makes a red from old vine Tinta de Toro.

Uncompromising on quality, del Yerro hired renowned soil consultants the Bourguignons to help map out her small plots and enlisted Stéphane Derenoncourt as a consultant. The result is terroir-driven Spanish wines with a French accent – the Riberas in particular, show restraint, black fruit a mineral backbone and violet aromas. 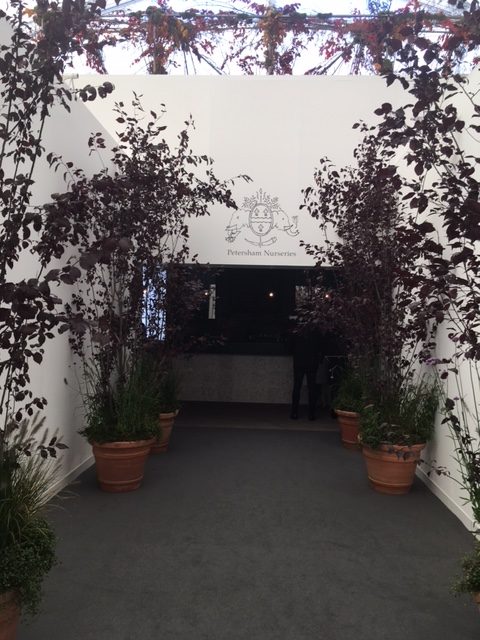 db ventured to Regent’s Park on Wednesday to the Frieze Art Fair, where Italian Super Tuscan Mazzei was hosting a wine dinner for its Siepi wines at the Petersham Nurseries pop-up restaurant. 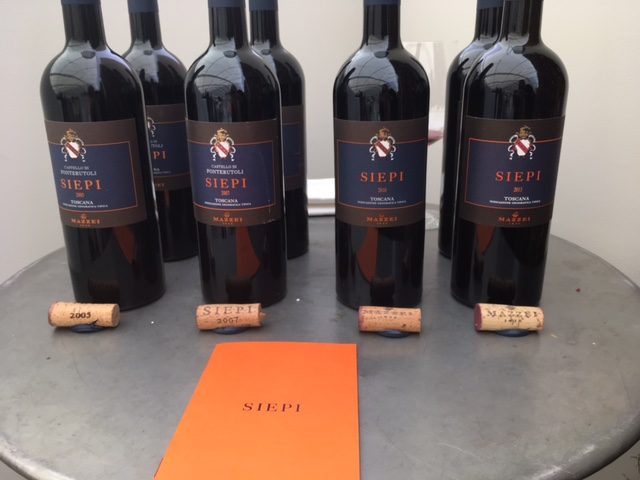 A 50/50 blend of Sangiovese and Merlot, Siepi is the name of the single vineyard in Chianti where the Mazzei family produce this wine. The Siepi vineyard, positioned 260m above sea level, is one of the oldest vineyards in Chianti Classico and has been owned by the Mazzei family since 1435. 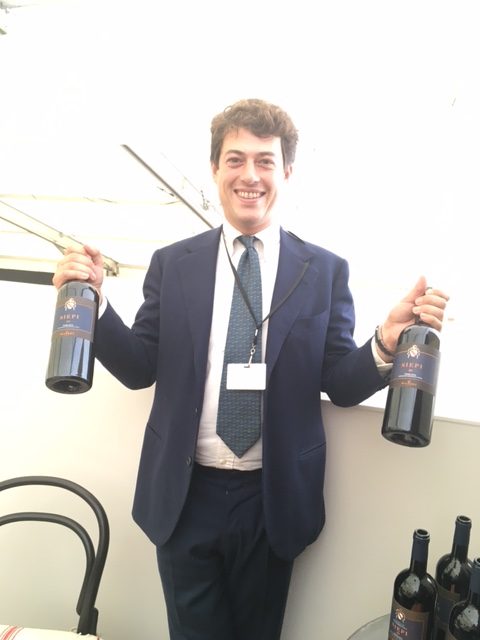 Giovanni Mazzei, export manager for Mazzei, shows off his Siepi. The vertical tasting include the 2005, 2007, 2010 and 2013 vintages, interestingly in that order, working back from the most mature to youngest wine, paired with a menu that included roast partridge with fig and prosciutto and herb roast cutlets of lamb with lentils. 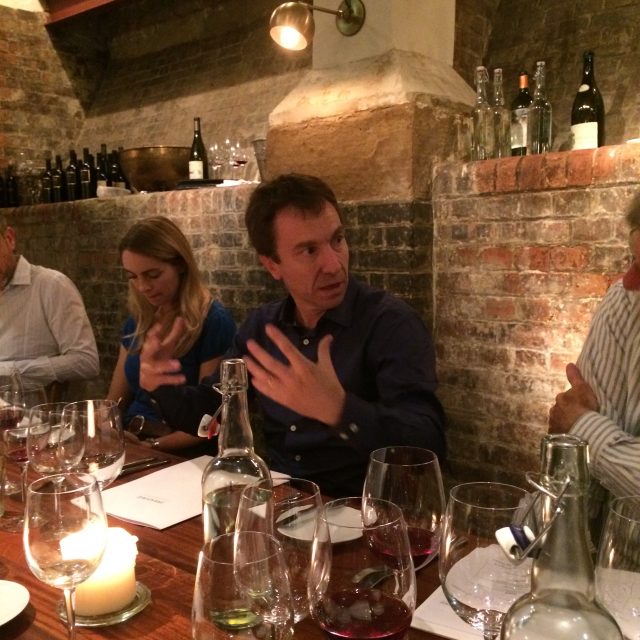 Errazuriz head winemaker Francisco Baettig presented the 2014 Don Maxiamano flagship label in London on Tuesday this week at a dinner to celebrate the 30th anniversary of the Cabernet-dominant wine. 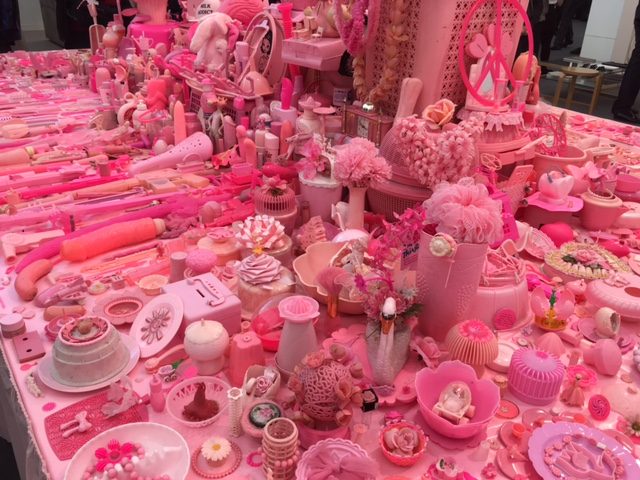 Pretty in pink. This vibrant table display was just one of the many pieces of artwork on display, made up of all manner of pink plastic objects. 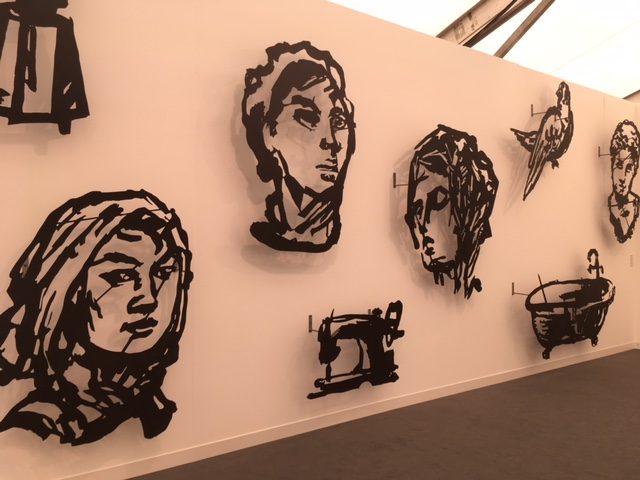 A selection of artworks on display at Frieze, which runs until 9 October in London’s Regent’s Park. 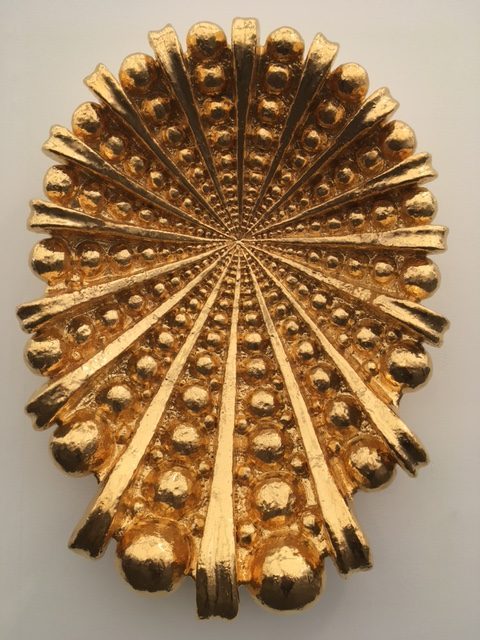 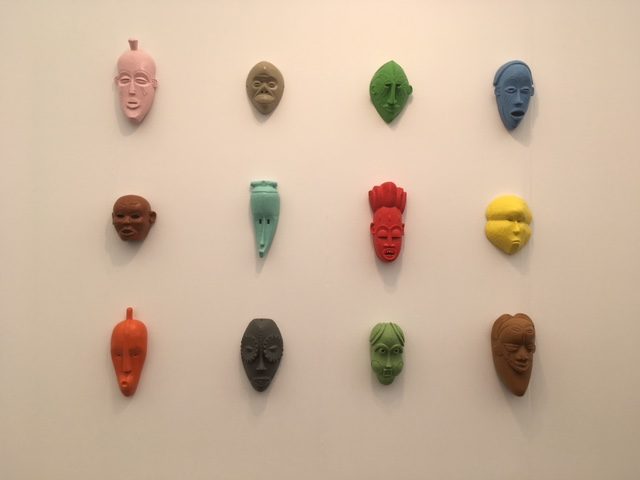 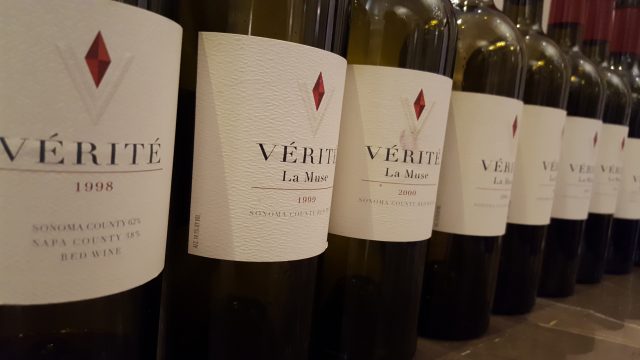 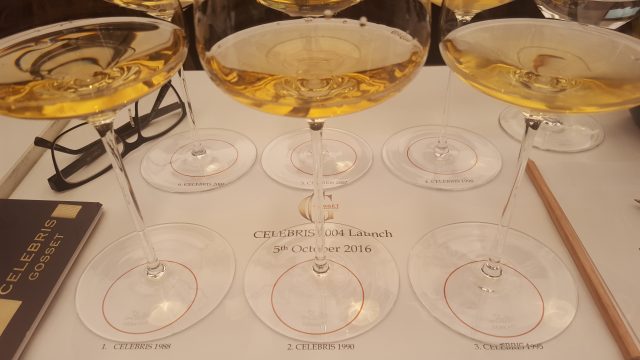 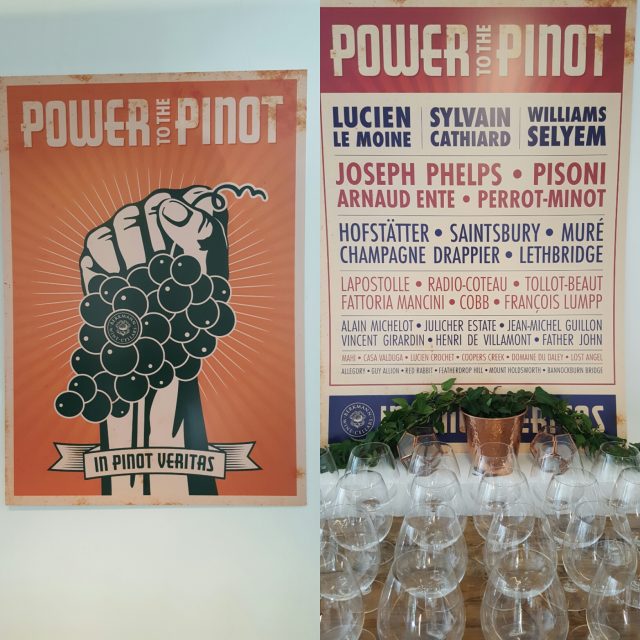 Berkmann held a tasting celebrating Pinot Noir at Carousel in Marylebone this week. With an array of wines like that db simply couldn’t pass it up. 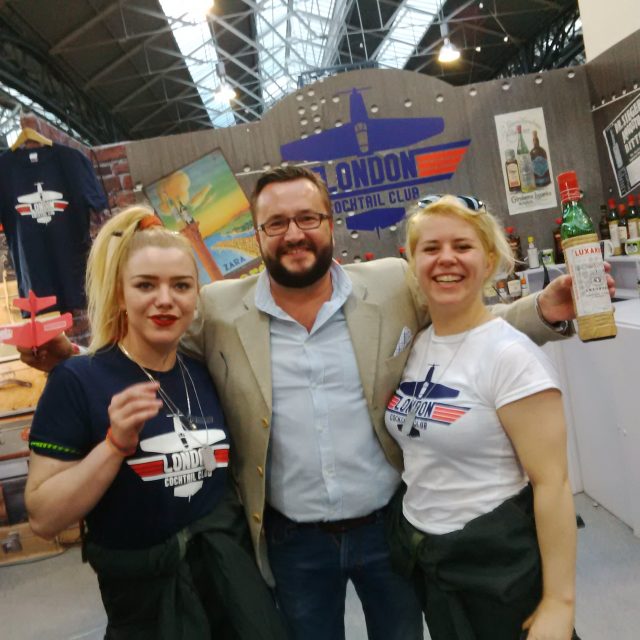 Matteo Luxardo from Italy lent a hand behind the bar, as The Luxardo Aviation Society celebrated London Cocktail Week and 100 Years of the classic ‘Aviation’ cocktail in which Luxardo is a key ingredient. Luxardo crowned the celebration with a heady Top Gun-themed party where seven variations of the Aviation were served. 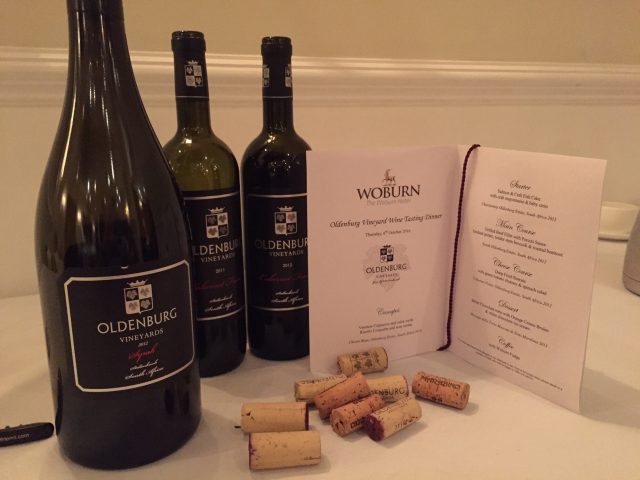 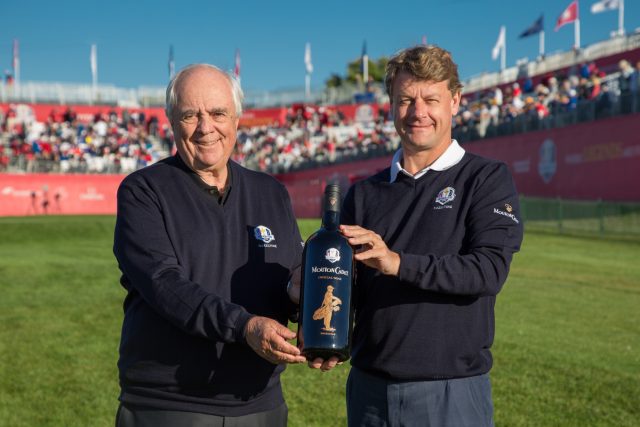 Db joined guests who tucked into a three course meal paired with a selection of ciders, including its new bicentennial medium sweet cider, Old Conky (named after The Duke of Wellington’s family proboscis), and an as-yet-unnamed light cloudy cider, fresh out of development. Mussels cooked in Sheppy’s medium sparkling cider with fresh lovage were eaten alongside its refreshing 5.5% ABV Somerset Draught, with the more robust aged Vintage Reserve cut through the richness of Saddleback Pork Belly with apple and date puree. It was topped off with a cider-infused apple crumble, and cheese, paired with the single-variety dessert apple, Sheppy’s Falstaff Cider.

Owners David and Louisa Sheppy talked guests through the ciders, the history of the company, and their plans for its future – which includes a major development of the visitor centre, farm shop and corporate facilities at its Bradford-on-Tone farm – as well as the challenges of communicating what makes a hand-crafted premium cider different to the mass-produced versions made from imported concentrate also on the market.