Is public opinion on alcohol at a crossroads?

Producers need to respond to shifting perceptions of alcohol as consumption continues to fall in the UK, with lower strength products offering an opportunity for growth, key figures speaking at a seminar on alcohol policy have stressed. 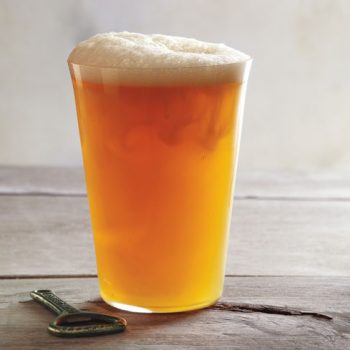 In the UK, alcohol consumption has fallen by nearly 20% over the past 10 years, with Brits now drinking the same amount of alcohol per capita as we were in 1979. Increasingly, more 16 to 24 year olds are choosing not to drink at all, with this age range driving a trend for teetotalism, according to think tank Demos, while binge drinking has declined by 19% since 2007.

Speaking at the Westminster Social Policy Forum on alcohol this week, David Wilson, director of public affairs at the British Beer and Pub Association, acknowledged that attitudes toward alcohol were changing and that the industry needed to respond.

Referring to his two twenty-something sons, Wilson said they are “much more aware of alcohol harm and how to handle themselves with alcohol than I ever was at uni”.

“Peer pressures are changing”, he said. “Public opinion and what people think about alcohol, for young people, is very different, and it’s being driven by awareness of public health and their own bodies.”

Over the past decade, the drinks industry has implemented a number of voluntary initiatives to help tackle alcohol misuse, removing one billion units of alcohol from the market as part of its Responsibility Deal, and including health warnings on 84% of all products.

But as consumption levels continue to decline, and with a younger generation drinking less, Wilson said that the industry now needs to innovate to remain relevant and respond to changes in consumer tastes and drinking habits, citing lower strength alcohol as a key focus.

“There’s more to be done in promoting lower strength alcohol”, he said. “My curry house house doesn’t serve any non alcoholic beer. I’m often the designated driver, but the manager said there wasn’t demand. I said, well I’m demanding it. We need to make sure as consumers if we want to have a wider choice that we make our voices heard and the industry responses to that.”

Referring to Brexit, Wilson suggested that leaving the EU could present new opportunities to restructure the UK’s duty system around lower ABV drinks – the UK pays the second highest duty on beer in Europe.

“There’s a lot more we can do to promote low strength products such as beer and make sure that the tax system reflects that properly. Brexit might give the UK the opportunity to review its duty system. A lot of the rules are restricted by the EU. Leaving the EU might bring new opportunities for us.”

The seminar also highlighted the role of advertising within the alcohol industry, often criticised for encouraging underage drinking, but which in actual fact “doesn’t work in the way commentators think it does”, said Mark Baird, head of alcohol in society at Diageo.

“It’s difficult to isolate one factor such as advertising from numerous other factors that influence alcohol consumption”, said Baird. “Many of these studies that try to find a link between advertising exposure and alcohol misuse often refer to awareness and attitudes rather than behaviours, and so the direction of causation can’t be determined.”

Baird cited Denmark as an example, which saw alcohol consumption decline after it liberalised its advertising alcohol regulations.

“There’s no evidence to suggest that alcohol advertising will increase the size of the market”, said Baird.

Do Andrex really believe they can grow the market for toilet paper?

Citing companies such as Gillette and Andrex, Baird added: “They want us to choose Gillette razors over other competitors. Andrex, do they believe they can grow the market for toilet paper? Brands such as these advertise to maintain brand loyalty, display their credentials as a quality product, but most importantly steal share from competitors. It’s the same for us in the alcohol industry, We advertise to encourage consumers to buy our products rather than our competitors.”

Pointedly, the number of children (11-15) drinking alcohol has declined by 38% since 2004, while more 16 to 24 years olds are drinking less than ever. So if the industry was attempting to advertise to adolescents, “it’s doing a pretty lousy job of it”, notes Baird.

Giving his final thoughts on how alcohol advertisers can remain competitive in the face of tight, but not as tight compared to others countries, regulations on alcohol advertising, Baird admits that he doesn’t think it is an issue at all.