London distiller Portobello Road has produced a unique smoked gin to mark the 350th anniversary of the Great Fire of London. 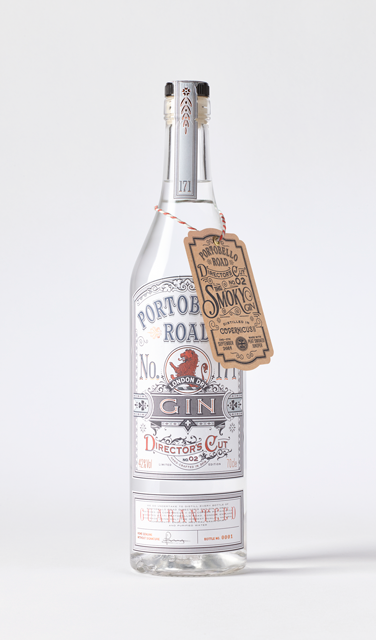 This year, Director’s Cut No.02 The Smoky Gin, has been flavoured with juniper berries hand-smoked in peat dug by Portobello Road Gin founder Ged Feltham at his ancestral home of County Kerry, Ireland.

“Each year, the Director’s Cut project gives us the opportunity to flex our creative muscles, introducing fans to some slightly more unusual gins from the past”, said Feltham.

Director’s Cut No.02 will be the last blend crafted in its current 30L alembic copper still ‘Copernicus the Second’, with Portobello Road Gin prepares to move into its new home in December. Earlier this year the distiller confirmed plans to build a multi million four storey gin palace in the heart of Portobello Road.

‘The Distillery’ will be become the new production site for the brand, comprising a four-storey building in the heart of Portobello Road that will also be the new home of ‘The Ginstitute’ – Portobello Road Gin’s gin-making experience.

The complex will also include a Spanish-inspired GinTonica bar, a gin shop and boutique guest rooms.

The Great Fire of London started at Thomas Farriner’s bakery on Pudding Lane in 1666, raging for four days and destroying much of the city.

Director’s Cut No.02 The Smoky Gin will be available to purchase from November at www.portobelloroadgin.com and The Ginstitute, Portobello Road with an RRP of £25.