US cocktail app, Hooch, has closed its current financing round with investments totalling $1.5 million from several private investors and a New York venture capital firm. 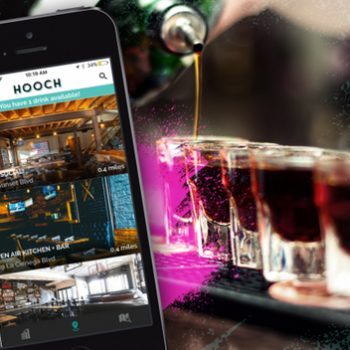 To date, Hooch has now raised over $2.7 million over two rounds following the close of its Series A interim financing round yesterday led by Blue Scorpion Investments (BSI), a New York City based venture capital firm and its network of private investors.

“We could not be more thrilled about the level of interests from such renowned investors and industry titans,” said Lin Dai, CEO of Hooch.

“It’s a strong vote of confidence from the Angels and VC community validated by our strong growth trends not only in membership, but drink redemption activities in general as the Hooch App becomes the millennials’ nightlife app of choice.”

For $9.99 a month or $99 a year, Hooch provides one free round of cocktails at participating venues everyday to its members from a private Hooch cocktail menu.

The company also reported a growth in its membership base of over 1,900% since January of this year.

There are over 400 venues throughout the US as well as in international locations such as Dream Hotels, Eataly, No.8 and Laduree.

Available via the Apple app store or Google Play, Hooch launched in New York City in November 2015 and has expanded to Los Angeles, Miami, Dallas, Austin, San Diego and Phoenix. In August of this year, Hooch announced Hong Kong as its first overseas members market with a subscription price of $HK88 a month or HK$888 a year.