South Africa has come a long way since it re-entered the democratic world some twenty years ago, as has its wine industry, which today is flourishing as winemakers continue to test the limits of its terroir. 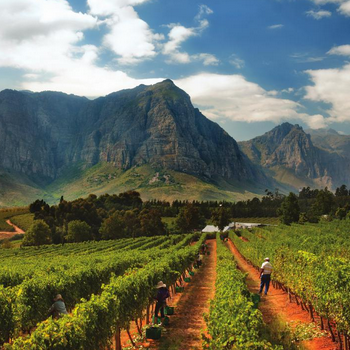 One of the results of its new found freedom was exploration, the results of which are only now beginning to appear with diversity of varieties, rapid advancement and rising quality combining to present an as yet untapped reservoir of potential.

“South Africa has been producing wine for hundreds of years, but post democracy it has just motored”, said Jo Wehring of Wines of South Africa. “With South Africa it’s hard to summarise its varieties. You have Stellenbosch championing Cabernet Sauvignon and there’s beautiful Chenin Blanc, which are varieties that you would think are traditional and not new wave, but then you see how they are being used in blends, with Mediterranean varieties and from single vineyards. There is the traditional and new wave happening, but they are both driving quality.”

Between 2011 and 2015, fifteen new varieties were planted in South Africa, not accounting for those planted this year, with everything from Nero D’Avola and Nebbiolo to Gruner Veltliner, Assyrtiko and Alicante Bouschet on the radar of winemakers. Adi Badenhorst of Badenhorst Family Wines released South Africa’s first Barbarossa in 2015, following the 2014 vintage, with the second 2015 vintage released this year. He has since planted a second vineyard with the same variety. Similarly Diemersdal in Durbanville released the third vintage of South Africa’s only Gruner Veltliner this year.

South Africa has been making wine for hundreds of years, but is only a mere two decades into its modern wine journey. As such the need for exploration and experimentation is strong among young winemakers, who grew up in the shadow of apartheid but now have the opportunity to experiment and push their craft forward. Consequently, no variety, indigenous or otherwise, is out of bounds.

Click through for our round up of South Africa’s top 10 fastest-growing varieties, based on the number of hectares added between 2011 and 2015. (Statistics sourced from SAWIS)

NB: It’s worth noting that much of the interest currently surrounding Cinsault in South Africa is being driven by the rediscovery of old vines, which means that while interest is high and production is increasing, plantings are not. South Africa’s most-planted variety is Chenin Blanc, which for comparison accounts for 17,965 hectares, followed by Colombard, Cabernet Sauvignon, Shiraz, Sauvignon Blanc and Pinotage. 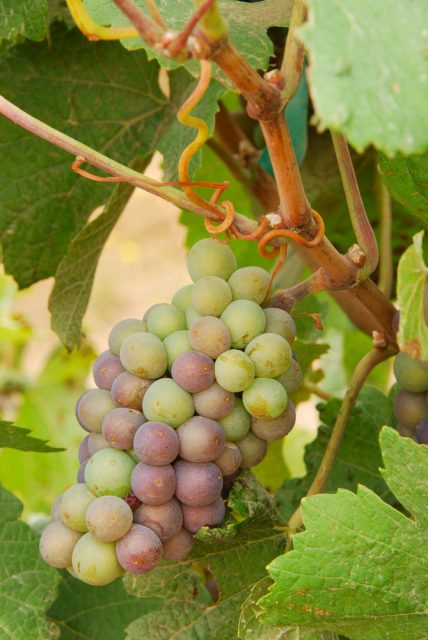 Pinot Gris is an aromatic white grape mutated from Pinot Noir, first originating in Burgundy but also in the Rheinland-Pfalz and Baden in south west Germany. It is also the dominant variety in Italy’s Pinot Grigio. In South Africa, Pinot Gris tends to be lighter bodied compared with Italian Pinot Grigio, with subtropical, stone fruit flavours and some spicy notes.

Fun fact: Pinot Gris was known as Tokay, not to be confused with the Hungarian sweet wine appellation Tokaj or its Tokaji wines, until 2007. 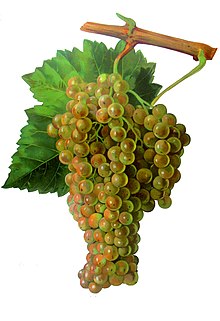 Fun fact: The earliest mention of Trebbiano is to be found in Plinty the Elder’s Naturalis Historia under the name vinum trebulanum, which is where its name is believed to derive. 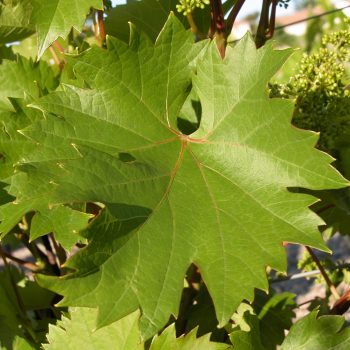 Villard Blanc is described as a “light-skinned French hybrid in decline, but still widely scattered around the globe” in Jancis Robinson’s Wine Grapes. A crossing of Seibel 6468 with Subéreux, throughout the 1960s it was one of the most planted varieties in France, but plantings have dramatically declined since then. As of 2008, there were just 249 hectares planted in France. The high-yielding grape offers similar characteristics to Sauvignon Blanc, but with less concentration and aromatics.

Fun fact: As of 2010, Villard Blanc was approved for the production of “grape spirit, husk spirit, premium husk spirit and brandy”, as well as a cultivar for still wines, in South Africa, which may explain its increase in plantings. 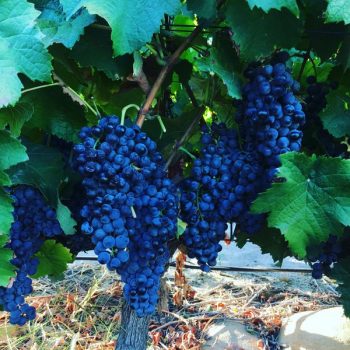 Indigenous to South Africa, Roobernet is a cross between Pontac and Cabernet Sauvignon, created by Professor Christiaan Johannes Orffer of the University of Stellenbosch. The variety was engineered to thrive in a warmer climate without the need for much irrigation. It’s commonly used in red blends in South Africa, often with Pinotage – a blend unique to the country.

Fun fact: It was officially recognised as a variety in 1990 in South Africa and is similar in style to Cabernet Sauvignon. 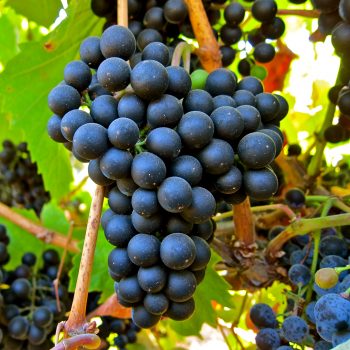 Petit Verdot, as with many wine producing regions around the world, is used in small proportions in red Bordeaux blends. While it is still used predominantly in blends in South Africa, winemakers are increasingly experimenting with the variety as a single varietal. KWV’s 2011 The Mentor’s Petit Verdot is a case in point, produced as part of its experimental range, The Mentors. This sees grape varieties taken and produced in smaller batches in an experimental winery, much smaller than its commercial operation. Any successes are then considered for reproduction on a larger scale, however The Mentor range is specific to wines produced in its smaller experimental winery.

Fun fact: As one of the six varieties used to produce Bordeaux AOC wines, there is no benchmark varietal Petit Verdot from its classic home to compare it to, making examples from South Africa, and other New World regions such as Argentina, an interesting departure for the variety. 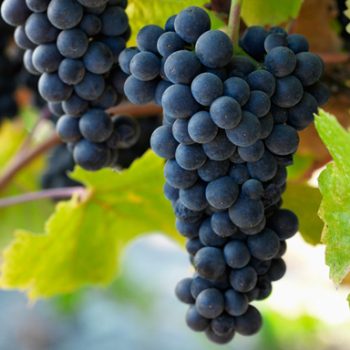 Known the world over, Pinot Noir gained 100 acres in South Africa between 2011 and 2015. Typically, South Africa is too hot for the notoriously fussy variety. However the coolest coastal regions show promise, including the Hemel-en-Aarde, on the Hermanus wine route, which benefits from the cool sea breezes of the Atlantic. Here, Berene Sauls, winemaker at Hamilton Russell, is working with Pinot Noir. She released her debut vintage – Tesselaarsdal Pinot Noir 2015 – this year.

Fun fact: The first mention of Pinot Noir was in 1375 when Duc Philippe le Hardi, the Duke of Burgundy, is recorded to have sent “6 queues et 1 poinçon de vin de Pinot vermeil” (25 hectolitres) to Bruges ahead of a diplomatic trip, according to Wine Grapes. 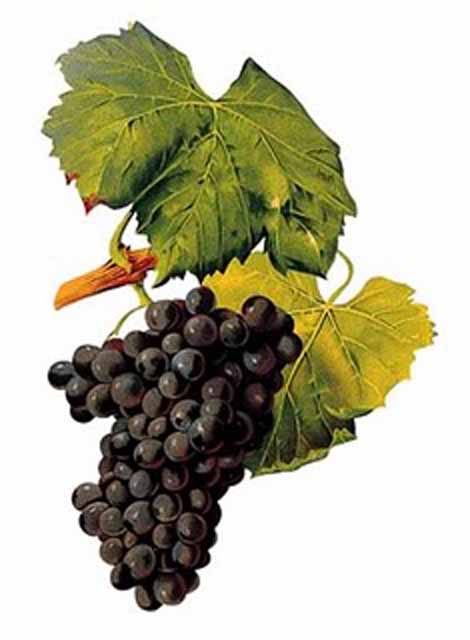 Grenache, also known as Garnacha, is a late-ripening variety that thrives in hot, dry conditions. It is one of the most widely planted red grape varieties in the world and typically results in red fruit flavours of raspberry and strawberry with notes of white pepper spice. Due to its general lack of acid, tannin and colour, Grenache is often used as a blending component, and is the dominant variety in most Southern Rhône wines, especially in Châteauneuf-du-Pape where it generally accounts for 80% of the blend.

Fun fact: The grape is thought to have originated in Spain, as Garnacha, with the first mention reported to have been in 1513 Gabriel Alonso de Herrera’s Agricultura General under the name Aragones, which described a black-berried variety from Madrid. 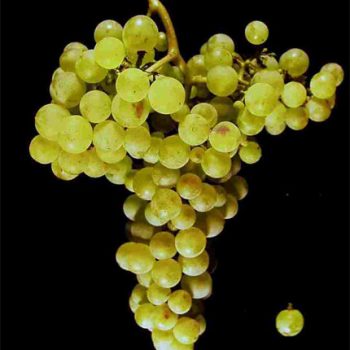 Muscat Blanc a Petit Grains, also known as Muscat de Frontignan and Muskadel in South Africa, added 145 hectares to its plantings between 2011 and 2015. Part of the Muscat family, the grape gets its name from its small berries that grow tightly clustered. Compared with European strains, South African Muskadel tends to show darker, pinker-hued skins, with red and white varieties growing mainly in the the Breede River region.

In South Africa, it is almost exclusively used in dessert wines, including the famous dessert wines of Constantia, producing intense, raisin-like aromas.

Fun fact: It should not be confused with Muscadelle, a French variety also used in the production of sweet wines. Ruby Cabernet is a cross between Cabernet Sauvignon and Carignan and was created by Dr. Harold Olmo in 1936 at UC Davis in California.

He set about created the cross to produce a grape that could withstand California’s hot climate. The combination was intended to capture the superior qualities of Cabernet Sauvignon with the resistance of Carignan to heat and drought, to produce an inexpensive table wine. (While designed for Californian climate, its creation mimicked that of Cinsault with Pinot Noir in South Africa to create Pinotage – see next slide). Typically, Ruby Cabernet it is used in bulk red blends to give colour, and in South Africa is more most prominently grown in the Robertson district. It is the main component in Van Loveren’s “River Red” blend. 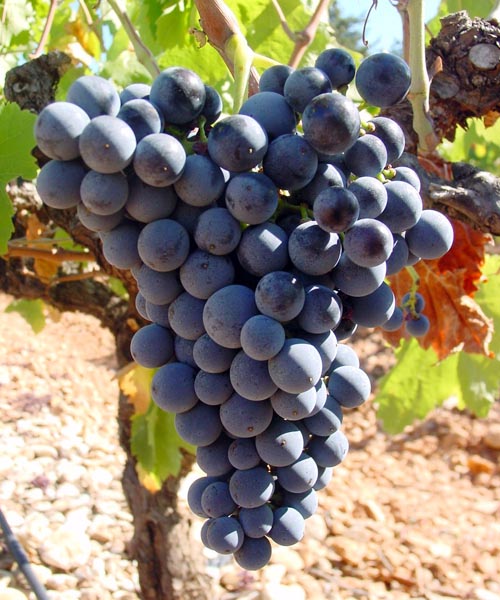 Pinotage was created in South Africa in 1925 by Abraham Izak Perold, the first Professor of viticulture at Stellenbosch University, by crossing Pinot Noir with Cinsault, which at the time was known as Hermitage in South Africa. Perold had been attempting to combine the best qualities of the robust Cinsault (Hermitage) with Pinot Noir, a grape that makes great wine but can be difficult to grow.

The variety gained 829.07 hectares in plantings between 2011 and 2015, making it the country’s current fastest-growing grape variety, way ahead of Ruby Cabernet which added just 213 hectares. While wines produced from the variety have in the past been criticised for a “burnt rubber” aroma and issues with quality control, a new wave of Pinotage is now starting to emerge as winemakers work to better understand their terroir and handle the grape with more finesse.

Fun fact: It is also known as Perold’s HermitagexPinot, however rumour has it that another name, Herminoir, was also considered.