Exercise could protect against alcohol

Regular exercise could help counteract some of the negative effects of drinking alcohol that could lead to a earlier death, according to a study by a group of Australian scientists. 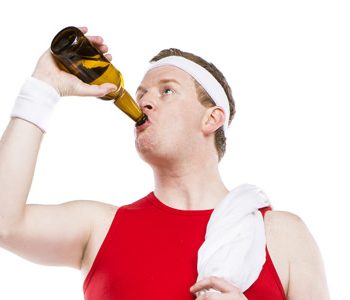 A study, led by the University of Sydney, Australia, found that people aged over 40 that do the recommended amount of physical activity in a week – which in this case was 150 minutes of aerobic exercise – but drink more than than the UK recommended guidelines were less likely to die than people who drink the same amount but exercise less.

To reach this conclusion, the team studied more than 36,000 middle-aged men and women for an average of nearly 10 years and tracked their death rates and causes of death.

Unsurprisingly, the team found that drinking itself is linked to higher rates of early death from any cause, as well as death from cancer, with the more alcohol consumed the higher the risk of early death. However regular exercise was found to counteract some of the negative effects of alcohol.

Among those who reported regular exercise, death rates were slightly lower, as long as they drank within the recommended guidelines. People who drank beyond these amounts, at levels considered dangerous for their health, showed higher rates of death from any cause or cancer regardless of how much they exercised.

“Among the physically active, there was no increase in cancer and all-cause mortality up to hazardous levels of alcohol consumption,” said Emmanuel Stamatakis, who led the study, as reported by Time. “What’s more, there didn’t seem to be a difference in mortality rates among the physically active whether they exercise at the minimum recommended amount or whether they exercised more. It looks like there is a kind of ceiling on the protective effect of physical activity.”

Earlier this year the UK government lowered the recommended alcohol intake for men by seven units to the same level as women – just 14 units per week – which equates to around six pints of 4% strength beer or six 175ml glasses of 13% abv wine.

The study by the University of Sydney was published in the British Journal of Sports Medicine.