Austria’s wine harvest is set to see the lowest volumes since 2010, following damage from frosts and hail earlier this year. 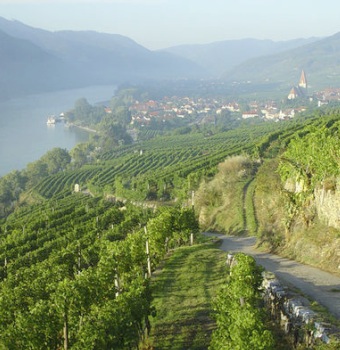 Yields for the 2016 vintage are expected to be down around 25% on the ‘normal’ levels and expected to yield around 1.8m Hectolitres overall, around 75% of the ‘normal’ Austrian yield of 2.5m hectolitres, according to the the Austrian Wine Marketing Board.

Many vineyards in the east of the country were affected by “catastrophic” frosts in late April, the trade body said, followed by “ruinous” hailstorms at the end of May which affected 1,200 hectares, amounting to damages of around 2.5m Euros.

Areas particularly affected included the Steiermark and the Sudburgenland as well as vineyards around Lake Neusiedl and the northern part of Niederösterreich in the east of the country.

“When one considers the extreme weather phenomena we have faced this year, it is no wonder that we are figuring on the 2016 vintage being a modest one in terms of volume. Particularly in the Steiermark, which was most heavily effected by the aforementioned frosts, growers are expecting a crop that will be some 25% of normal size.”

Burgenland is expected to see yields down 50% from a normal harvest, but good conditions in some parts of Niederösterreich is expected to outweigh the frost-damaged areas and boost the yield to an average harvest overall.

According to, it is the fifth year the Austrian vintage in a row that is below average.

President of the Austrian Viticultural Association Johannes Schmuckenschlager said the news of another below average yield was “unfortunate” but added that a dry and mild September would go some way to boosting the quality of the surviving grapes, which had benefited from the intermittent sun and rain over the summer.

“If this happens, we could anticipate another vintage of excellent quality,” he said.

Last month the organisation reported exports of Austrian wine in the UK had risen, despite overall exports falling 4% in 2015, on the back of a poor 2014 harvest, which saw volumes ahead of this year’s expected yield at around 1.9m Hectolitres.