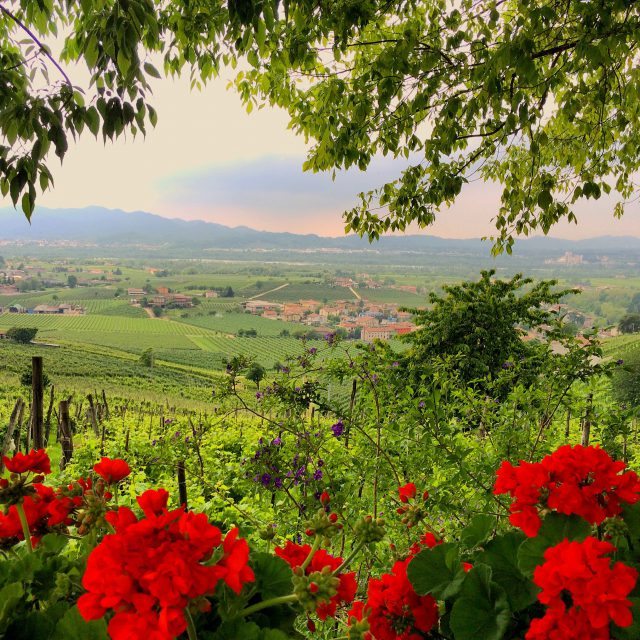 db was delighted to be invited to Prosecco’s heartland of Valdobbiadene to take part in its annual Vino in Villa festival celebrating the Italian sparkler. On arrival it was hard not to be charmed by the region’s rolling hills and lush landscape. 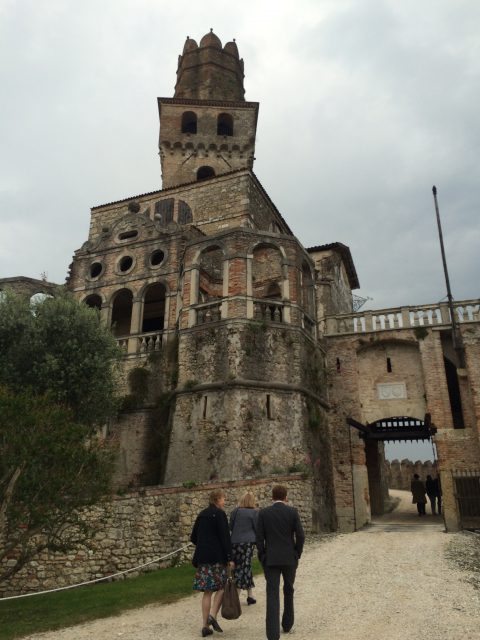 Dark clouds loomed as we made our way up to the crumbling Castello di San Salvatore for the gala dinner that kicked off the festivities. 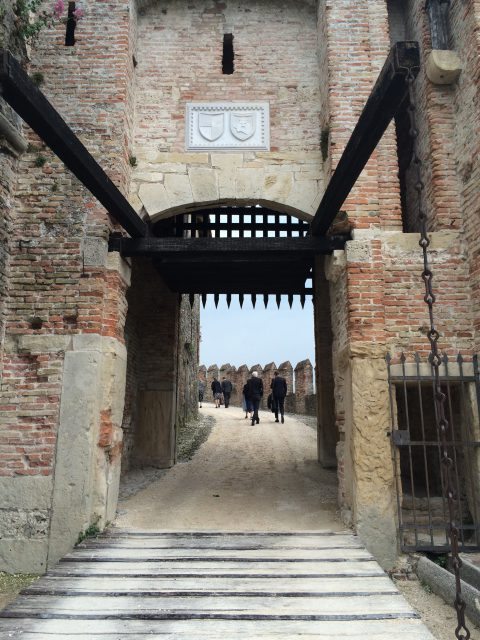 Luckily no one got caught in the drawbridge 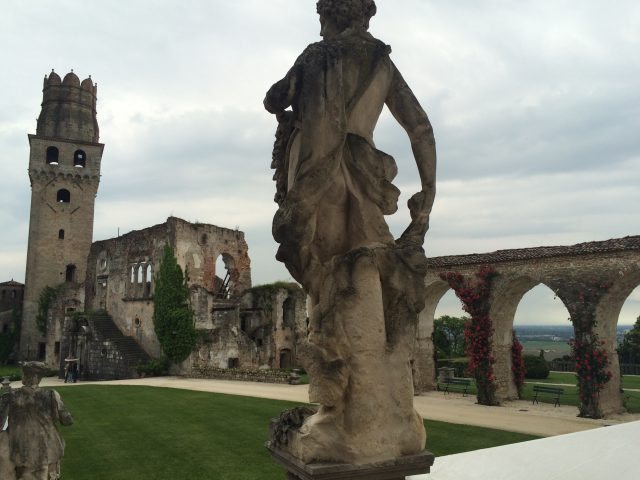 Built in the 13th century, the Castello di San Salvatore is one of the largest in northern Italy.  In 1312, when complete, Holy Roman Emperor Henry VII granted full jurisdiction of the area to owners the Collalto family, who planted vineyards in the fields around the castle. 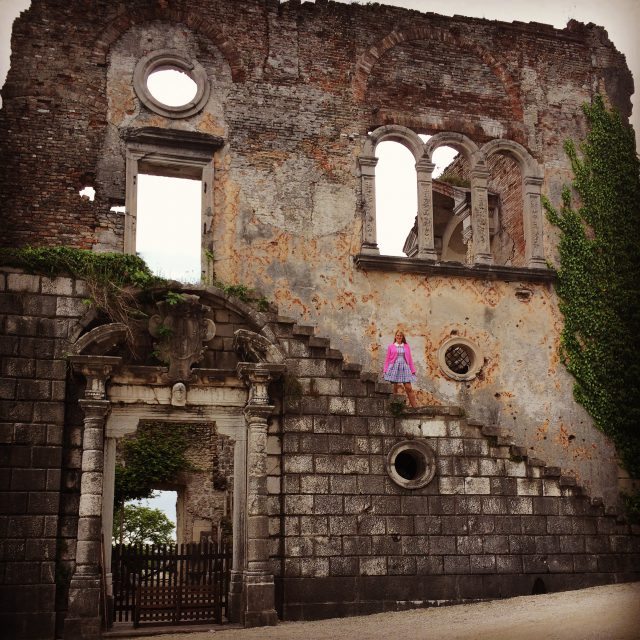 Following the Battle of Caporretto in 1917, the village of Susegana fell under Austro-German occupation and the castle was used by the occupation forces and later bombarded by Italian artillery, severely damaging the structure in the process. 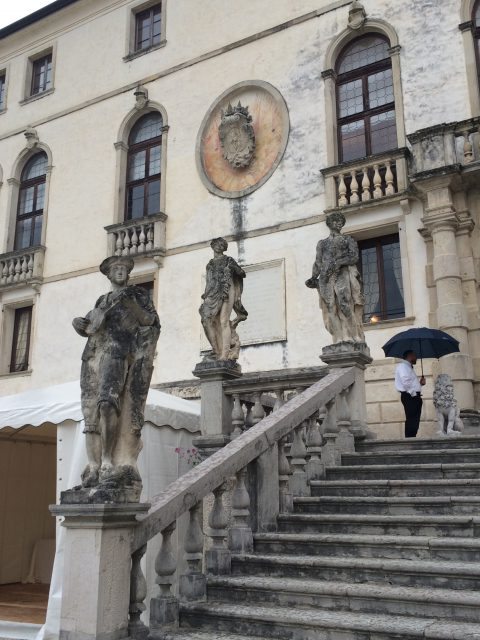 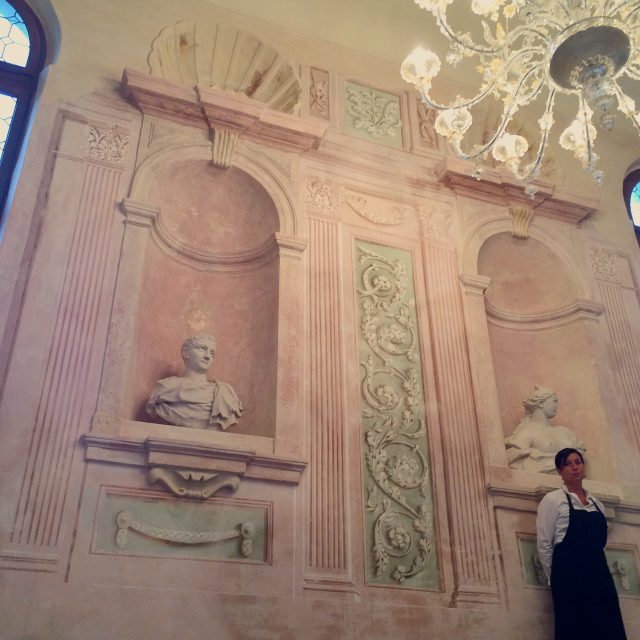 Inside, db’s Lucy Shaw was particularly taken with the pastel pink, chandelier-filled hallway. 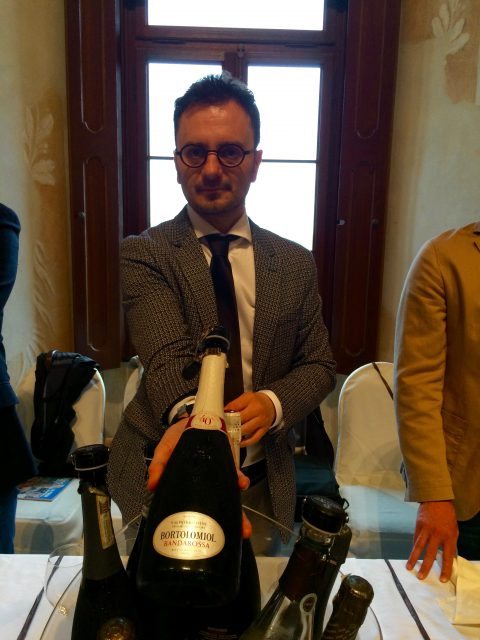 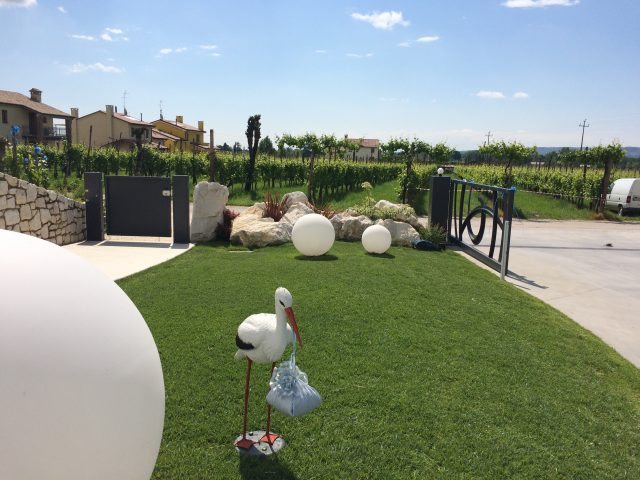 The sun came out the next morning. Our first visit was to Andreola, which was celebrating the arrival of the owner’s first son, baby Thomas. 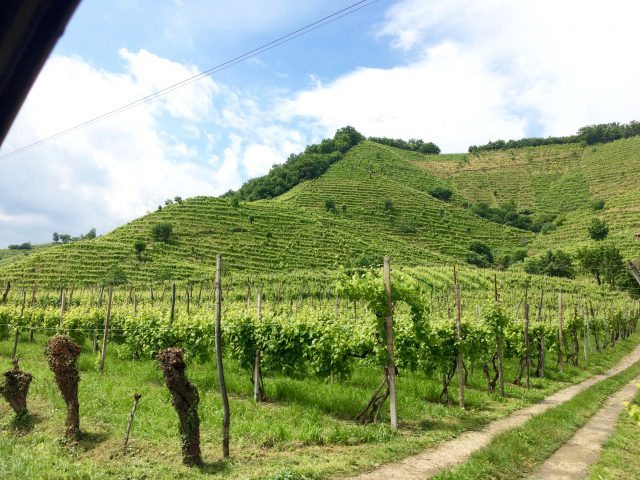 Next it was time to head up to the jewel in Prosecco’s crown – the hill of Cartizze, where land is so precious and prized it rarely chances hands. 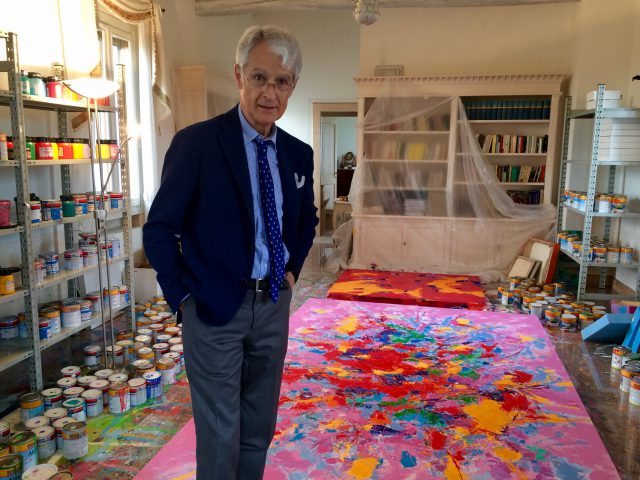 During our visit to Case Bianche, the estate’s affable owner Martino Zanetti treated us to a tour of his studio, where he talked us through his most recent artwork, which, db felt, seemed inspired by American abstract expressionist Jackson Pollock. Having made his fortune in the coffee industry, Prosecco is more of a pet project for Zanetti, who is also an accomplished pianist in addition to his artistic endeavours. 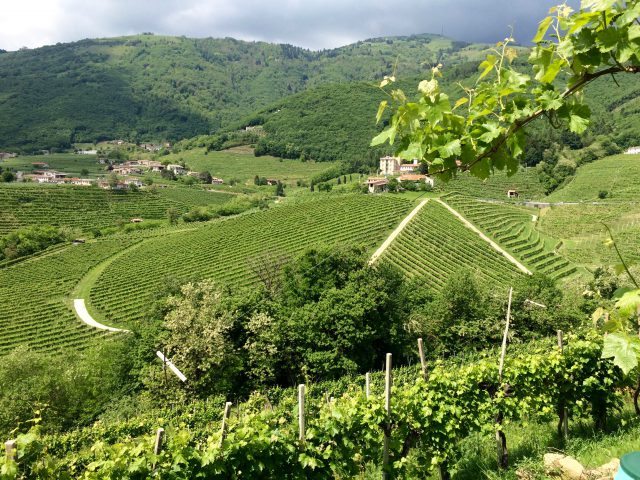 After our art lesson we were lured back to the lush green hills of Cartizze, which photographs really can’t do justice to. It rivals the Douro in terms of jaw-dropping outstanding natural beauty. 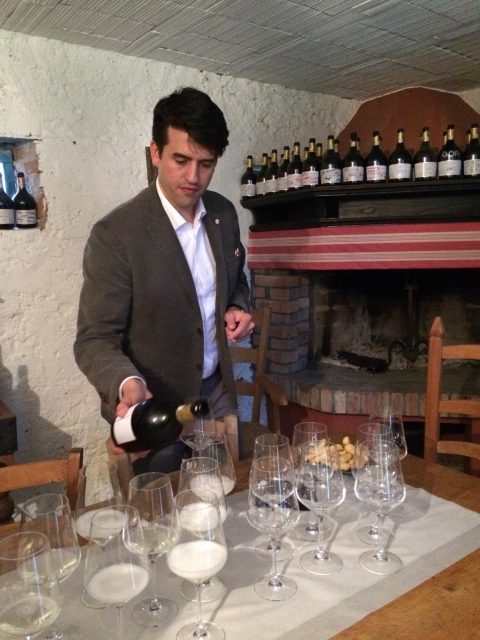 Having scaled the hills we were thirsty, luckily, Villa Sandi’s top drop from Cartizze was on pour in an adorable shack nestled within the landscape. 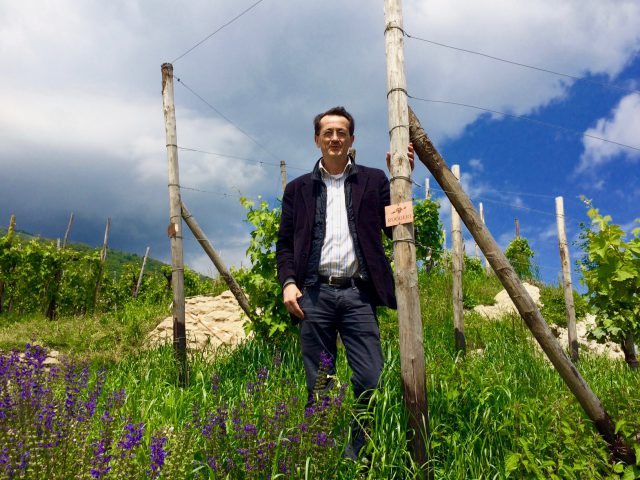 During a tour of Cartizze, Paolo Bisol, winemaker at Ruggeri spoke of spiralling land prices. “It’s crazy that the vineyard land in Cartizze is more expensive than land in Barolo. The price for a hectare is currently around €1.8m, but it’s a theoretical price as land almost never comes up for sale,” he said.

“People aren’t making their money back from the wines but it’s more a case of tradition and history than profits. I paid €200 per square metre for our plot,” he added. 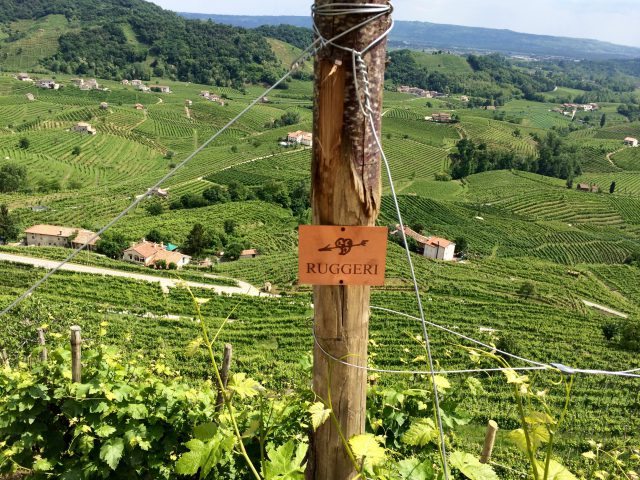 Cartizze spans 107 hectares, within which around 140 producers own land, the majority of whom own less than a hectare as the area is so prized. At €1.8m, the price for a hectare in Cartizze is higher than the average price of a hectare in Champagne, which stands at around €1.2m. 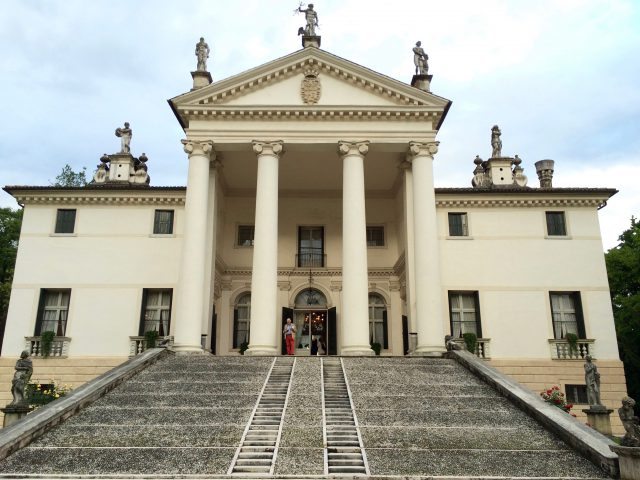 As evening drew in, we moved on to Villa Sandi, which boasts a stunning Palladian façade. The building dates back to 1622 and serves as the producer’s head office. Owners the Moratti Polegato family live in a more humble abode within the estate. 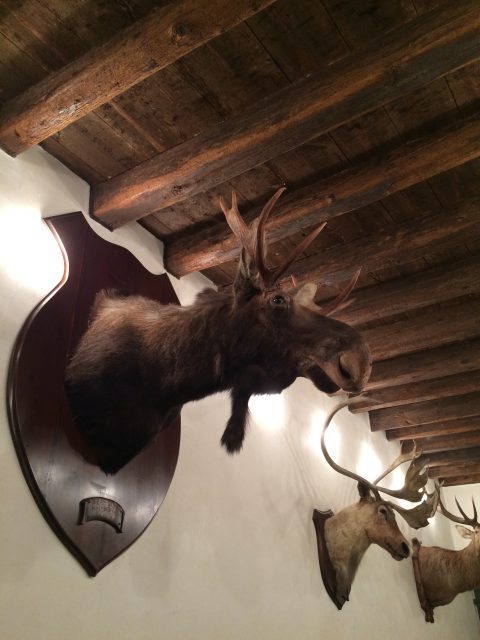 “I speak English – I learn it from a book” – though there was no sign of Manuel. 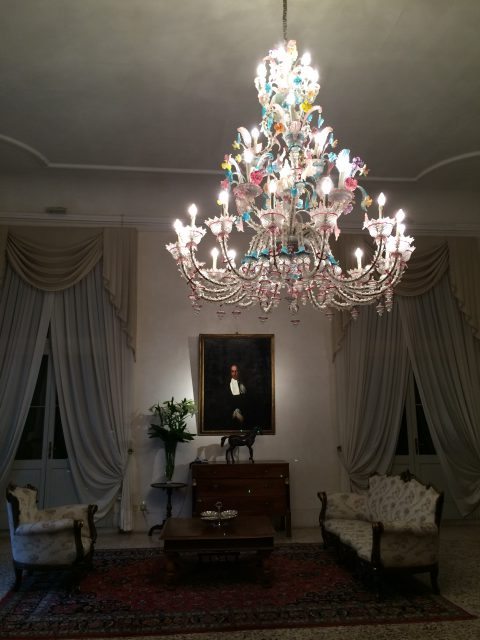 One of the many stunning chandeliers within the Villa Sandi residence 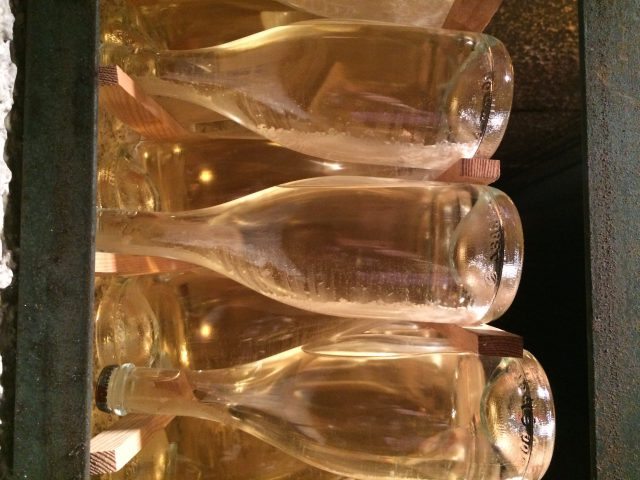 Some of Villa Sandi’s sparklers resting in the cellars. 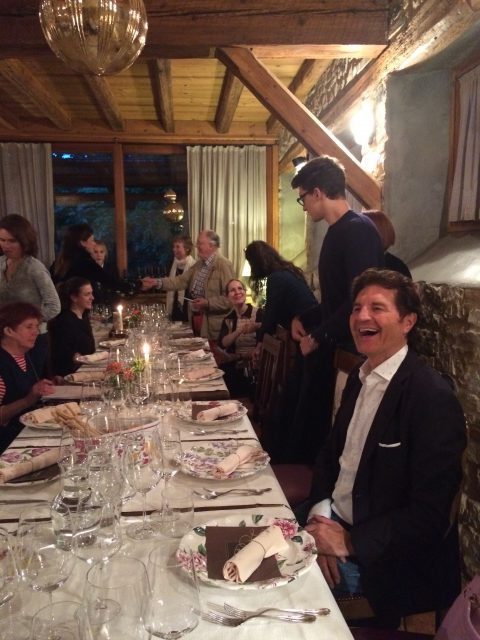 That night we were treated to dinner at Villa Sandi’s restaurant, Locanda Sandi, where owner Giancarlo Moretti Polegato kept us entertained. 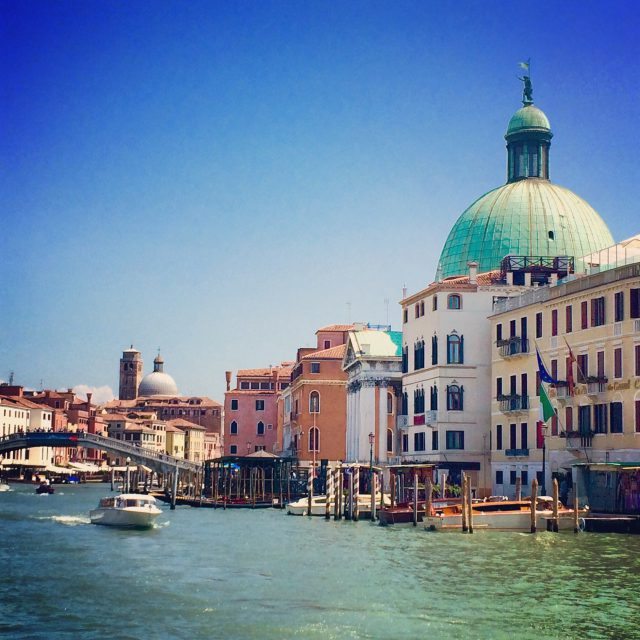 Before we flew home we had a few hours to kill and made the most of the free time by popping into Venice and nipping to the Rialto market where Arabella Woodrow MW bought a pair of octopuses. 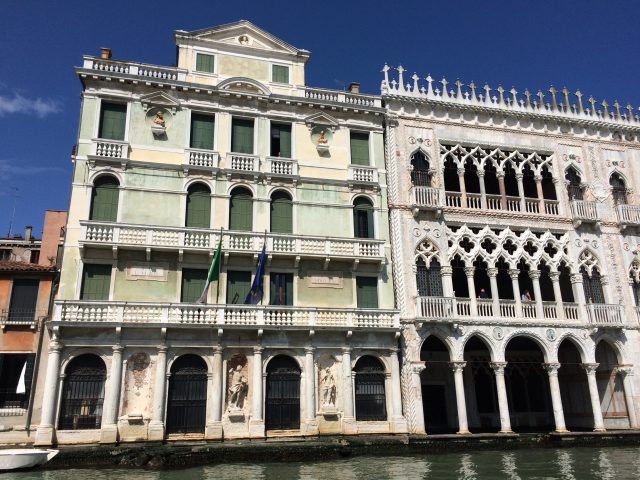 A view we’ll never tire of…