Further research has emerged hailing the benefits of drinking beer while listening to music, following a multi-sensory study carried out with UK band and part-time brewers The Editors. 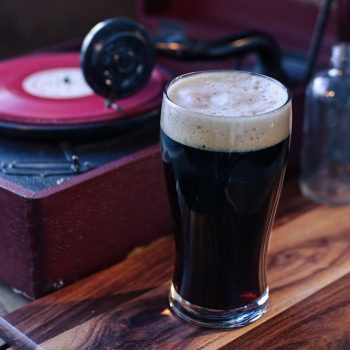 The Brussels Beer Project, a beer collaborative with The Editors, produced a Porter-style beer taking inspiration from the musical and visual identity of the band.

Its taste profile was designed to broadly reflect The Editors latest album, ‘In Dreams’, with an Earl Grey infusion used to produce citrus notes contrasted with malty, chocolate notes.

The team, led by Dr. Felipe Reinoso Cavalho, from the Vrije Universiteit Brussel and KU Leuven, then invited 231 drinkers to taste the beer to see if the music or packaging impacted their perception and enjoyment of the beer.

Filipe said: “We have been able to see that people tend to feel more pleasure when experiencing beverages along with sounds that are part of the beverage’s identity.

“In this case, we have shown that people that previously knew the song that was used in the experiment, not only liked the multisensory experience of drinking beer more while listening to it, but they also liked the beer itself more.

“It seems that the added pleasure that the song brought into the experience was transferred into the beer’s flavor.”

The benefits of listening to music while drinking, and its impact on enjoyment, have been reported before. Beer writer Pete Brown and Charles Spence, Professor of Experimental Psychology at Oxford University, carried out a study in 2014 pairing beer to the most appropriate track to best enhance a drinkers enjoyment.

Both experiments build upon the work of Charles Spence, professor of experimental psychology at Oxford University and Head of the Crossmodal Research Laboratory, who previously led a study analysing 3,000 people’s reactions to taste, sound and light to test their impact on the perception of food and drink.

The study found that change in both colour and sound while drinking can immediately affect the taste of wine by nearly 10%.