This red from the Rhône was one of Dave McIntyre’s top picks this week, writing in the Washington Post, opening with a fabulous description its flavour profile.

“Wrap an organic blueberry in a strip of artisanal bacon, then smoke it over hardwood embers — or just decant this beauty at least an hour before dinner to reveal its seductive flavors of, well, you get the idea.”

McIntyre also revealed his love of this  white wine from Spain’s Basque region, which he said is a favourite of sommeliers because of its “low alcohol and searing acidity”.

“Taste it alone, and you might pucker up and complain that it’s sour,” he said. “But try it with food, especially spicy dishes, and the acidity abandons the diva role to become a supporting player for the wine’s abundant fruit.”

“This refreshingly juicy rosé is one of my perennial favorites, and it’s so widely available now in the District and Maryland that the word seems to be out,” said McIntyre.

“This vintage does not disappoint. Its vibrant red color stands in contrast to the current vogue for a lighter shade of pale in rosé — a reminder that color may indicate style but not quality”.

Moving to the west coast of America Patrick Comiskey, writing for the LA Times, recommended a selection of Italian wines that taste of a “sunny spring day”.

Summing up the appeal of Italian whites, Chomiskey states: “In France and in the U.S. one usually takes the measure of a white wine by talking about its intensity, concentration, length. The longer the wine, the more focused the flavors, the greater the magnitude, the profundity — the greater the greatness. But Italian white wines rarely follow these rules. Most are light, frisky and invigorating; they’re not built for a lasting impression, but rather to restore the palate with their vibrant and refreshing texture. They are sunny, full of radiance and sneakily springlike”

Verdicchio is a “fragrant, generous” white variety grown in the Marche, in central Italy, where it makes a wine of “irresistible charm and vibrancy,” says Chomiskey.

Of this example he said: “This one is from Matelica, from hillside vineyards more inland than its other common DOC, Castelli di Jesi; the wine has a slightly cooler aspect, though it still gives off a scent of lemon zest and citrus blossom. The flavors are deeper, more toward tangerine, offset by a salty mineral tang”.

“Kerner is an oddball, a hybrid developed in Germany that’s a cross between Riesling and a red grape called Trollinger,” said Chomiskey of this unusual Italian white.

“In Germany it yields a rather phenolic, austere, structured white wine, but as soon as the grape crosses the Alps to the Alto Adige in Italy, it seems to gain a bit of flesh, warmth and generosity of flavor. This one, made in a monastery established in 1140, is lemon-scented and brisk, with a core warmth more given to mandarin orange, and lacy acidity”.

Completing Chomiskey’s trio of white wine recommendations was this volcanic white, produced from the indigenous Carricante grape, which in this case is grown on steep slopes in the shadow of a very active volcano.

“Carricante dominates blends made here, resulting in wines routinely thrilling for their racy minerality and depth of flavor,” he said. :This one, from importer-turned-vigneron Marc De Grazia, has a scent of pear and blood orange, deep and intense, with a gripping, almost tannic minerality that makes your mouth water”.

Tina Danze, writing for Dallas News, employed the talents of a panel of wine experts to review the following selection of wines chosen to pair with hot dogs.

Of this Lambrusco the panel said: “Fizzy, fruity and refreshing, this red Lambrusco makes perfect sense with a hot dog; think of it as an adult soda. Although labeled dolce, it’s not too sweet — that’s a welcome departure from the candied quality that plagued mass-produced Lambruscos of the 1970s.”

Tidwell notes that the Lambrusco’s sweet and tangy notes were a “nice complement to the relish” and praised the wine’s “touch of tannins and palate-cleansing acidity”.

“The spice in the wine brings out the spices in the hot dog,” said Houser.

“This pairing emphasizes the dish, not the wine,” said Tidwell.

“The wine brings out every flavor element in the hot dog,” he said. “It’s a delicious combo, and the wine calms the heat of the chile pepper,” Botamer added. 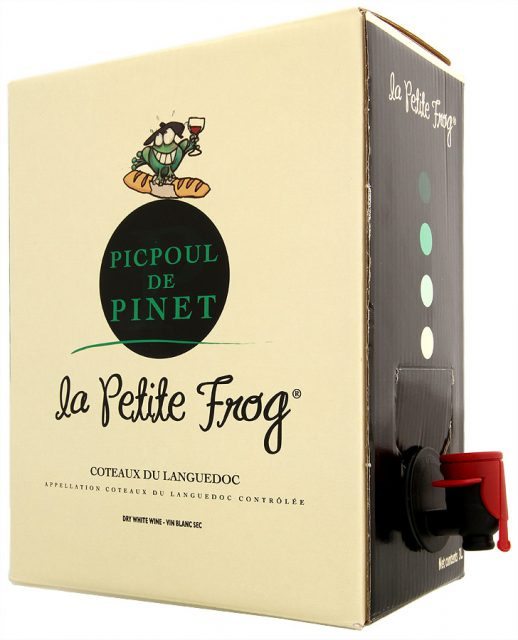 Finally the panel assessed this Picpoul de Pinet box wine, which was noted by Danze for being “Light, clean and refreshing, with lemon and mineral notes”.

“It’s nice and consistent and doesn’t overpower the hot dog — or turn bitter with it, like others did,” said Houser.

Finally Catherine Bugue, writing for the Napa Valley Register, singled out her wine of the week; Duckhorn’s 2014 Sauvignon Blanc, which is sadly sold out, however the 2015 is now available.

Explaining her love for this particular wine from this particular vintage, Bugue wrote: “This past weekend, I met with a dear friend who is packing up her Napa belongings and looking to move east. As I finally came to grips with losing her local presence, we focused instead on the memories, the laughs, the dinners – including my own wedding celebration — held in her backyard.

“A less-than-stellar wine could not have taken us seamlessly through the stories. Instead, we sipped and enjoyed the rich Asian pear fruit of this wonderful Napa Valley sauvignon blanc while our reminiscing carried on. This Duckhorn wine will always be a tie to my dear friend, Barbara, which makes it a mighty wine indeed”.