Head of Moët Hennessy Estates & Wines, Jean-Guillaume Prats, believes he may have created a new Grange Hermitage – but from China. 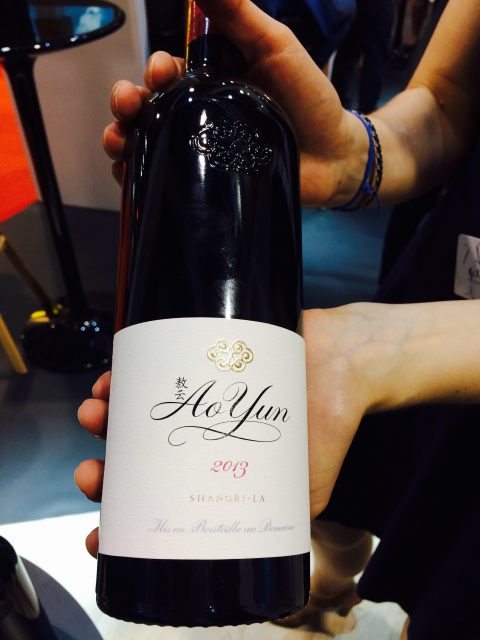 Speaking to the drinks business at last week’s Vinexpo Hong Kong, where Prats officially launched a Cabernet blend from China called Ao Yun, the head of Moët Hennessy’s wine division said, “My dream is that it’s a new Grange Hermitage… a wine that’s been created with no rules or boundaries.”

The first vintage of Penfolds Grange Hermitage (renamed Grange in 1990) was made in 1951 as an experiment by Penfolds winemaker Max Schubert to create a rival to the great wines of Bordeaux – and has now become Australia’s most famous label, and one of the world’s most sought-after fine wines.

Similarly, according to Prats, Ao Yun is a new Bordeaux-rivalling fine wine label with no precedent in China that, it is hoped, will become a highly collectable brand.

“Ao Yun has been created from scratch, with no comparison – the only wine I can think of that one could compare it to is Grange Hermitage, when it was first made in the 1950s,” he said.

Continuing, he commented, “It is an extraordinary privilege in one’s career to do this; I feel extremely privileged to be given the chance to look after this: a new wine created from scratch.”

As previously reported by the drinks business, Ao Yun, which means ‘sacred cloud’, is a Cabernet blend from the 2013 vintage made using grapes from Adong in the Chinese province of Yunnan. The extremely remote vineyards are within a Unesco-protected site that is 2,600m above sea level on the edge of the Tibetan plateau.

It has been launched internationally with a retail price of US$300.