Swede named as Best Sommelier in the World

Swedish sommelier Arvid Rosengren took the title this year as the Best Sommelier in the World after a gruelling four day Concours du Meilleur Sommelier du Monde competition in Mendoza, Argentina, where 61 sommeliers competed for the title. 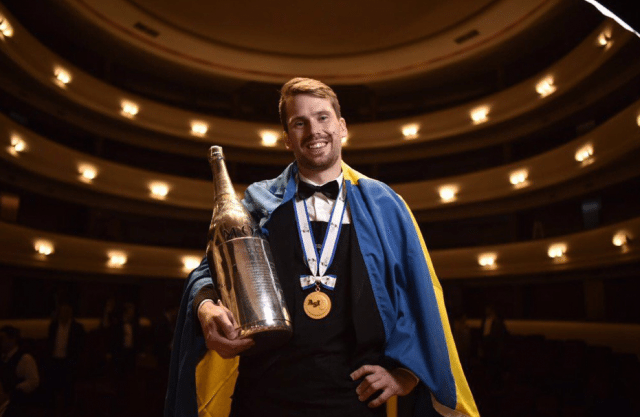 Saturday was the first day of tests which knocked out 46 competitors resulting in 15 semi-finalists.

It was a Nordic affair this year as northern Europeans dominated the competition from the semi-finals with Christian Jacobson from Denmark, Heidi Makinen from Finland, Henrik Dalh Johansen from Norway, Raimonds Tomsons from Latvia, Robert Andersson from Sweden, and eventual winner Arvid Rosengren from Sweden making it to the semis.

Hiroshi Hishida from Japan, David Biraud from France, and Paz Levinson from Argentina, Satoru Mori from Japan, Elyse Lambert from Canada, Piotr Pietras from Poland, Rassavkin Alexander from Russia, Gareth Ferreira from South Africa and Julie Dupouy from Ireland also made the cut.

“We’ve had such a incredibly talented semi-finalists this year, but we will only keep three finalists,” commented Technical Committee member and Best Sommelier of the World 2010, Gerard Basset OBE MS MW.

After another round of 10 tests with service, theory and blind tasting, the final three were announced on Tuesday afternoon just moments before the final examinations took place in front of a large audience in Mendoza’s Independence Theatre.

“I wasn’t expecting to win, it really felt like a very tough final,” said the 31-year-old sommelier moments after winning.

“Thank you very much to everyone here that made it possible. It feels fantastic to win here in Argentina, the competition has been so beautifully arranged, and everything has been stunning from the food that we have had to the wines we have tasted – the whole experience has been wonderful.”

This was the first time the competition had been held in Argentina, and only the second time in South America. It took almost three years to plan the event which hosted over 500 delegates and visitors from abroad.