Retailers looking to “sparkle” are releasing exclusive wine lines to tap into the enormous growth in sparkling wines and Prosecco, according to supplier Kingsland Drinks. 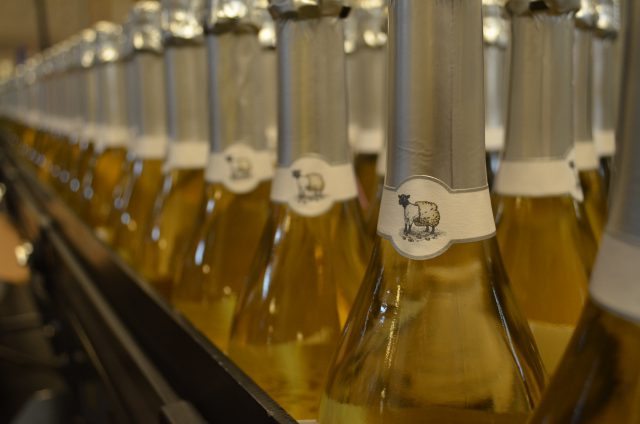 The Manchester-based bottler and distributor is set to boost its focus on sparkling and fusion lines, after installing a new carbonation line which went live last week.

Marketing director Neil Anderson said the sparkling category had been the “hero of the BWS sector”, adding value to the industry and likely to still see growth. He admitted that although this was largely driven by Prosecco, consumer penetration was still growing meaning there were still opportunities in the market, while the question of supply surrounding Prosecco was helping prompt retailers to look at other credible alternatives.

“Sparkling is in rude health, up 16% year on year in value (Kantar Worldpanel, 52 weeks ending 31 January), which is growing faster than volume at 11%. This is good news for retailers who are looking for where the high end opportunities are,” Anderson said.

The company will be showing a sparkling version of its Shorn and Live brands – which launched last year – at this year’s London Wine Fair, but said that there had been a lot of interest from major retailers for their own retail exclusive lines and over the coming months, several were set to hit the market-place.

As part of its Wine Pro insight project which it rolled out last autumn, Kingsland’s research found around 82% of consumers would consider purchasing a sparkling version of their favourite wine, if it cost only £1 more.

“It demonstrates the interest in all things that sparkling and if the consumer has trust behind their favourite retailer exclusive, they are willing to try and buy it,” he said.

“We are looking at other ways that sparkling can bring younger people in and become an everyday drink, as well as a celebration drink – which would step-change and grow the category.”

Retailers were also increasingly looking at the fusion category, he added, which had grown from nothing to become a £100m category in the UK in only a few years.

According to the company’s research, around half the spend in the category was coming from consumers over the age of 45, which opened up new areas for development. “There is a misconception that it is just for the younger consumers, but it not true when you look at the customer profile,” Anderson said. “There is the opportunity to do some fruit fusions that properly engage [older consumers] as well as younger ones and we will be launching a brand at the London Wine Fair.”

“We know it is an area with incredible appeal. Some of the offerings are quite straight-forward, so there is an opportunity to invigorate and excite in this category more than there is currently.

However he added that while there was the opportunity to “do more” with the category to the depth, there was a limit to the amount of premiumisation it could see.