Time for a Lafite comeback?

Tempting as it may be for fine wine investors to get excited about last week’s trading on the Liv-ex 50, it is probably worth reflecting that this is not unusual for January, writes Philip Staveley. 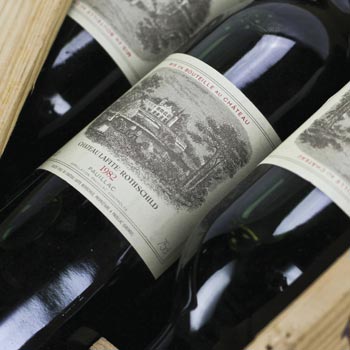 In fact, over the last 5 years January has been a positive month on this index each year bar 2014, usually attributable to the proximity to Chinese New Year. The index now stands at 268.4, the same level as 27 October, after which it slid alarmingly over the subsequent three weeks to 261.

Investors in most financial markets often keep an eye on the “chart situation”, indeed there is a whole industry devoted to “technical analysis”. The theory is that conclusions can be drawn from historic trend lines and support lines, on the price movement chart of a given asset or index. A whole galaxy of patterns can be discerned by the experienced analyst, from “rising wedges”, to “head and shoulders”, to “descending triangles”, and a great many more besides.

A chartist looking at the Liv-ex 50 would have noted several interesting things over the last couple of years. Having reached what appeared to be a long term bottom at the end of July 2014 the index has traded within quite a tight range between 264 and 272. Once an index breaks out of such a tight range, the move can be quite dramatic. For this reason, the sharp fall in November last year might have given a fine wine investor the conniptions.

I think we can breathe a sigh of relief for two reasons: firstly, the sharp rebound from that threatening chart breakout situation; and secondly, the first action of note for Lafite for what seems like an age. Three vintages of Lafite (2010, 2007, and 2005) were in the top five wines traded by value last week, the others being DRC St Vivant (2011) and Latour 2005.

There are several reasons this might be important. Lafite 2010 was egregiously priced at en primeur time and has suffered calamitous declines in price ever since, with only one burst of activity from November 2012 to February 2013, subsequent to which interest tapered off again.

Yet 2010 is universally acclaimed as an amazing vintage, so there is an argument that it has suffered to an unjustifiable degree from the mis-pricing at issue time. This is akin to a mis-priced stock market IPO, or even a new property initially listed at the wrong price. It can take the market a long time before taking it seriously again.

Masseto 2006 is a lovely wine, but something is rotten in the state of Lafite if the exceptional 2010 trades at a discount to it of 14%. This underperformance will be unwound over time, but we await a catalyst.

It may seem quite hopeful at this point to expect that catalyst to come from China, when the world and his wife attributes all the ills of the financial landscape to the Middle Kingdom, but undeniably Lafite has formerly been a darling of the Chinese market, so could it be so again? And how much China-related woe do we need to acknowledge when considering fine wine investments?

Current wisdom suggests that China is slowing down economically and that they are mismanaging both this slowdown and their exposure to the capital and currency markets. Isn’t it wonderful how everyone loves to have a pop? So let’s try and add a bit of perspective to this situation.

China has enjoyed extraordinary double digit growth over a 20 year period. This is unsustainable. The economy is already the second largest in the world, indeed the largest by some measures. The very idea of any other major economy growing 10% is laughable, so why is this slowdown to below 10% so worthy of concern? Whether China grows at 7% or 5% this year, it is without a doubt still adding substantially to global growth because the base from which it is growing is now so huge.

The first phase of the China growth project revolved around investment. Of course it did, when the infrastructure 20 years ago was so wanting. Well, now that infrastructure is in place, so the focus on the next phase is consumption. It is hardly China’s fault that every raw material-producing nation in the world built its future on endless demand from China. All of the problems besetting Russia, Brazil and South Africa, to name but three, cannot be laid at China’s door.

For years China had a closed capital account. If you are as big as China you can’t wave a magic wand and open up your capital account. It is a gradual process, and is incredibly hard to manage. I would not argue that the administration has covered itself in glory over the last few months, but observers should temper their expectations.

China’s task is sizeable enough anyway, and given that it was a totalitarian state until relatively recently, that task is compounded by a society awakening to the attractions of the outside world. The threat of social insurrection has been at the heart of China’s policy-making for over 30 years and is not going to change at the behest of an aggrieved outside world.

Nor should anyone believe that there are too many one way bets out there. Over the last 24 hours we have seen George Magnus, chief economic adviser to UBS worrying about how the current situation could develop into a credit crisis, with scary quotes like: “I fear the worst now”. On the other hand, we have also seen Serge Ermotti saying that his investment bank is going to double headcount in China over the next five years, so attractive is the opportunity. And of which investment bank is he CEO? You guessed it: UBS.

So none of this is remotely easy to grapple with. From the perspective of China and fine wine investment, however, we can still take comfort from the taste the wealthier Chinese have developed for fine wine over the last 10 years. First growth prices, unlike global share prices, have hardly been climbing a wall of worry in recent times. Irrespective of the shenanigans in global stock markets of late, the uninspiring performance from the Left Bank of Bordeaux may just be coming to an end.

Philip Staveley is head of research at Amphora Portfolio Management. After a career in the City running emerging markets businesses for such investment banks as Merrill Lynch and Deutsche Bank he now heads up the research proposition at APM. www.apmwineinvestment.co.uk