To celebrate the 100th anniversary of the ‘Singapore Sling’, Raffles Singapore has partnered with craft gin distillery Sipsmith to create a custom gin that “evokes the essence of Raffles and the craftsmanship of Sipsmith” – ‘Raffles 1915 Gin’. 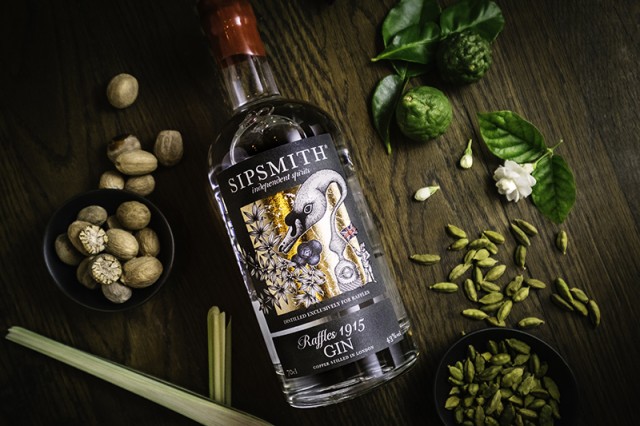 The collaboration is rooted in history with Sipsmith’s co-founder Sam Galsworthy being the great, great, great nephew of Sir Stamford Raffles, founder of Singapore and after whom the Raffles flagship was named.

Peter French, president of Raffles Hotels & Resorts, said: “We are delighted to create such an evocative gin that simultaneously celebrates the past while inspiring future generations to explore and create.”

Wanting to create a unique gin that would withstand the test of time, Sipsmith master distiller Jared Brown has incorporated a balance of botanicals inspired by the Malayan peninsula such as jasmine flowers, fresh pomelo peel, lemongrass, Kaffir lime leaf, nutmeg and cardamom – distilled alongside some of the classic gin botanicals found in the original Sipsmith expression, including juniper, coriander and orris root.

“Raffles 1915 Gin is a stunningly smooth and inspiring spiced gin that evokes that moment when someone would have sipped their first Singapore Sling in the Long Bar in 1915,” said Galsworthy. “It is something which undoubtedly would make Ngiam Tong Boon, creator of the Singapore Sling, and my great, great, great uncle, Sir Stamford Raffles, very proud.”

Raffles 1915 Gin is now available at Raffles Hotels & Resorts’ bars and lounges around the world.