Climate change is widening the limits of the “latitude or altitude at which wine grape growing is economically possible” and creating new cool climate regions, says one expert working in the field. 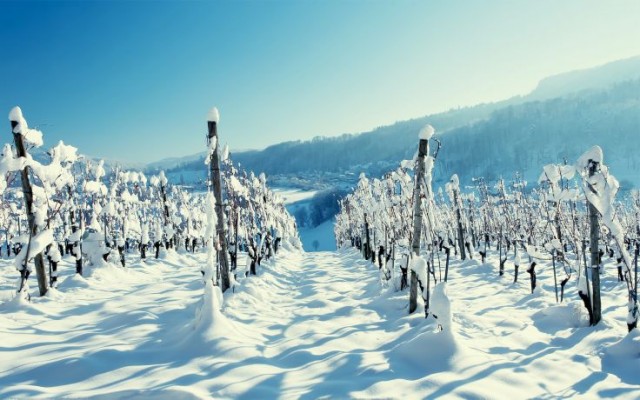 Areas that are currently the coldest of cool regions will become “more mainstream” in the future, assuming global warming continues, says Kym Anderson, Professor of Economics at the University of Adelaide and the Australian National University.

“Global warming is raising the limits of the latitude or altitude at which wine grape growing is economically possible, so new cooler regions are emerging, as with the Central Otago region of New Zealand and the Australian island of Tasmania over the past two decades, and more-recently the south of England”, said Anderson. “The warmest parts of those regions will continue to grow, possibly with a style progressively more like that of a warmer region.”

Cooler temperatures typically preserve the acidity in grapes and contribute to a slower ripening period, giving grapes more time to develop more complex flavours. The relatively lower levels of sugar produced due to cooler temperatures and less ripening compared to warmer regions also results in lower alcohol wines. The impact of global warming over the next decade therefore is likely to shift the boundaries and styles of wines currently possible in established regions, altering the economic prospects of producers working in those regions.

On the increased economic promise of cool climate wines over warmer regions Anderson says it is “difficult to generalise”, but that “if one is aiming to produce an iconic wine that by definition is rare and differentiated from others, chances are it is more likely to be possible in a cooler region.”

“It’s encouraging producers in similarly cool regions everywhere while potentially offering a bit of a competitive challenge to sparkling wine producers in slightly warmer regions”, said Anderson on what impact the success of English sparkling wine has had on other cool climate producers, adding that one response to this emerging success is producers to become foreign investors in England.

Only this month Champagne house Taittinger confirmed plans to plant vineyards in Kent, marking the first time that a Champagne house has committed to producing an English sparkling wine, demonstrating its confidence in the region’s future.

Professor Anderson, who has published more than 300 articles and 30 books, most recently the 2014 OIV prize-winning Which Winegrape Varieties are Grown Where? A Global Empirical Picture and, in March 2015, Growth and Cycles in Australia’s Wine Industry, 1843 to 2013, is due to deliver a keynote speech on the economics of winemaking in cool climate regions at the International Cool Climate Wine Symposium (ICCWS) in May.

“Cool regions typically are producing the world’s highest-priced wines, and they are expanding relative to warmer regions (in response partly to consumers seeking higher-quality wines and partly in anticipation of climate change)”, said Anderson on the need for an event dedicated solely to cool climate wines.

The ninth International Cool Climate Wine Symposium will take place in 2016 in Brighton, UK, from 26 to 28 May, and will carry the theme “Successful wine production in changing climates”. The programme will be organised along three main themes: facing a challenging climate, optimising fruit and wine quality and cool climate wine styles.

Tickets to the ICCWS are available from the event’s website at £250 for a single day, or £600 for a three day pass.